Hugh Jackman is ferociously growling all across America. Even when he's indulging in his musical-theater side, it feels mostly like a Wolverine counterpoint. So when we picked his ten most notable roles by virile masculinity, how did things shake out? 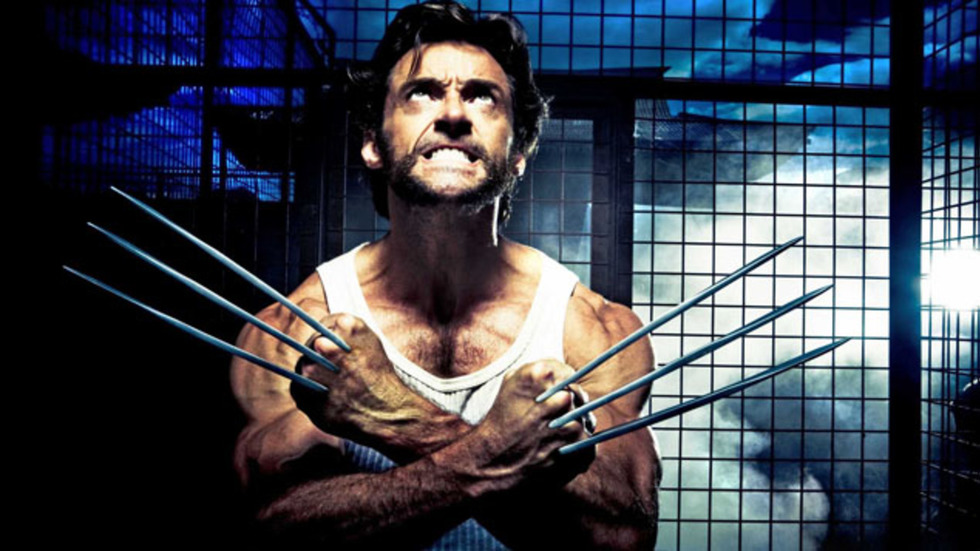 10. Les Miserables: The heroism shown by Jean Valjean is significant, but it's done mostly through self-sacrifice and hiding in plain sight. By the time he lies dying of consumption (or whatever), there's none of that Jackman bravado left.

9. The Fountain: There's not a ton of time for virile masculinity when you're in a lab all day searching desperately for a cure for your wife's cancer. In Darren Aronofsky's film's other timelines, Jackman's conquistador is pretty virile, but that's kind of undercut by the third timeline's space yoga.

8. Swordfish: There aren't many ways to flex your virile man-muscles when you're computer-hacking, but Dominic Sena's action-thriller sure does his level best to inject as much adrenaline and testosterone into the proceedings as possible. That badass earring!

7. The Prestige: It's tough to turn a battle of magicians into a simultaneous battle of manly manliness, but I suppose that's why you cast Hugh Jackman and Christian Bale. Still, there are only a small handful of people who get to be the apex of virility in a tuxedo, and almost all of those people have played James Bond.

6. Kate & Leopold: The time-traveling aspect of Kate & Leopold allows Jackman to get away with a bit of costumed frilliness and still maintain some of his hyper-masculinity. That's how ALL guys dressed back then! Even the machos!

5. Van Helsing: Quality of the film aside, Van Helsing is the perfect example of how Jackman brings this sense of overwhelming masculinity to roles that, say, were played by a particularly frumpy Anthony Hopkins in Bram Stoker's Dracula. Jackman's Van Helsing was a superhero of vampire-hunting and a gothic heartthrob.

4. Scoop: The whole point of Jackman's character in Woody Allen's comedic trifle is that he's the epitome of desirable English masculinity. Genteel, sure, but also buff and confident and, hey, maybe a killer, but that doesn't make him any less manly.

3. Real Steel: This loses a few points because ultimately it's the robots and not Jackman who do the big, sweaty fighting, but as far as trainers who control robots remotely go, Jackman is every bit the aggressive growler he needs to be.

2. X-Men: Call him Logan, call him Wolverine, but however you name him, there have been six movies worth of Hugh Jackman playing him as the absolute ultimate growling, manly, reluctantly heroic monster-man.

1. Australia: How do you even hope to top Wolverine? If you're Baz Luhrmann, you take everything about Wolverine, remove the claws, get him really tanned, let him speak in his native Aussie accent, and then crank up the "virile hyper-masculinity" meter up by like 20 levels. Basically, Luhrmann's vision for Jackman's character is a parody of those qualities, an impossible monument to manliness. It would be an insult not to rank it first.