When you have Julie Delpy, Julia Louis-Dreyfus, Julia Roberts, and June Squibb all nominated for Golden Globes for comedy in the same year, you know it's been an amazing one. 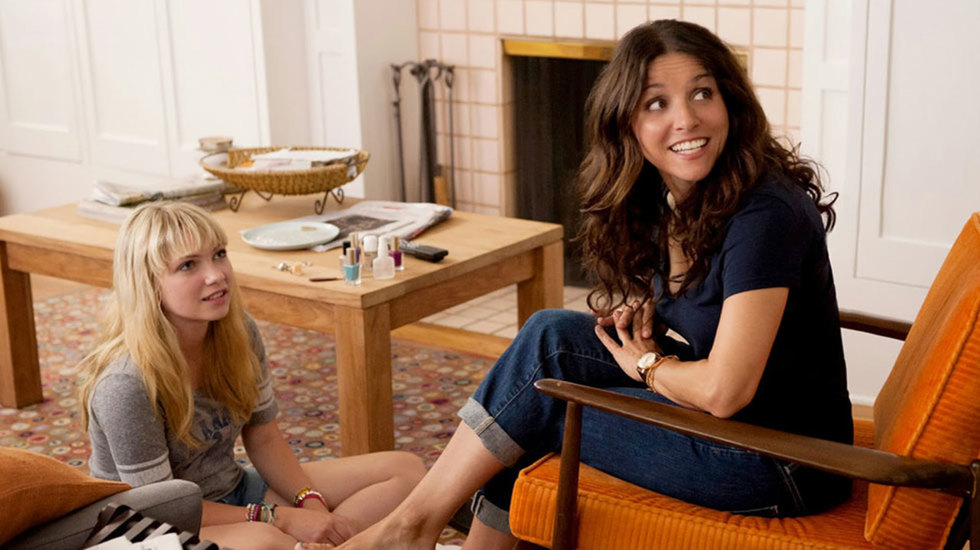 2013 was a groundbreaking year for film and television, and these ladies helped make that happen. From the conclusion of a beloved trilogy to a black and white portrait of age, these four women undoubtedly owned the screen. Here are the four Golden Globes nominations that tell the story of 2013 in TV and film comedy.

Julie Delpy
Nomination: Best Actress in a Musical/Comedy, Before Midnight
It is hard to believe it's been eighteen years since we watched Celine fall in love with Jesse in Vienna. The trilogy that helped make Delpy an international star concludes this year, and it couldn’t be more bittersweet. Since Linklater brought us perhaps one of the most honest love stories of all time, we have watched Delpy’s character grow, but somehow remain so familiar, even with so much time in between. To embody a role is one thing, but to develop a character so realistically and honestly over multiple films spanning nearly two decades is a whole other craft.

Julia Louis-Dreyfus
Nomination: Best Actress in a Musical or Comedy, Enough Said
It’s been a big year for Julia, who is nominated not only for her hysterical performance opposite the late James Gandolfini, but also once again for her role on HBO’s Veep. Dreyfus is a powerhouse – a true comedienne who not only makes you laugh out loud, but also makes you feel. Director Nicole Holofcener’s cast of Dreyfus, Toni Collette, and Catherine Keener played off of each other perfectly, which seems to be contagious when one works with Dreyfus, who brings cohesiveness to every scene.

Julia Roberts
Nomination: Best Supporting Actress in a Musical or Comedy, August: Osage County
Never one to disappoint, her latest role as Barbara Weston, the disgruntled daughter of intolerable Violet (Meryl Streep), is classic Julia in all of her acting glory. After repeatedly stating in multiple interviews that the role was one of the most challenging of her career – she could have fooled us. Roberts gives another effortless performance, further solidifying her legend and ability to weave in and out of comedy and dramatics seamlessly.

June Squibb
Nomination: Best Supporting Actress in a Musical or Comedy, Nebraska
“You see this? You could have had all this to yourself and look what you missed out on,” Kate Grant shouted over the tombstone of a former (now deceased) love interest, while she hiked up her skirt. Anyone with a spit-fire, grandmotherly figure in their life who curses like a sailor can surely relate to Squibb’s character. In Alexander Payne’s melancholy life lesson, Squibb was repeatedly the comic relief. Beginning her acting career on an off-Broadway stage nearly 55 years ago, this is Squibb’s first Golden Globe nomination. Be sure to catch her in the new season of HBO’s Girls, where she’ll play Hannah’s grandmother.