If any movie franchise can break through the embargo that's prevented Hollywood from accessing Cuba for more than 50 years, it's Vin Diesel's car-loving, foolproof box office titan. 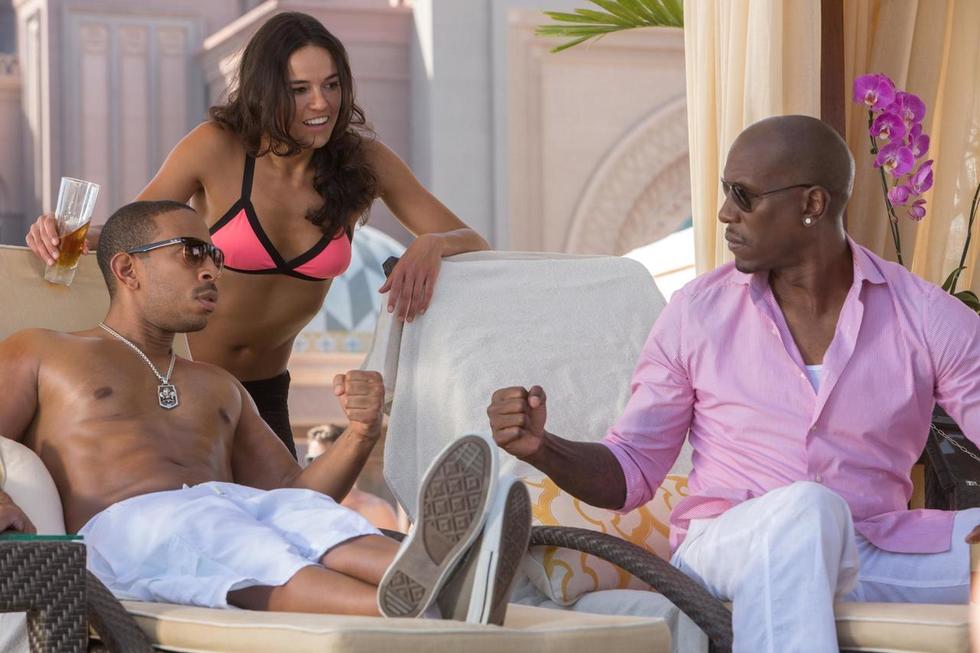 Unfettered travel to Cuba may not yet be possible, but that isn't deterring Furious 8 producers from setting the latest sequel of the series in the sequestered nation. Universal Studios announced that it's working with both the United States and Cuban governments to gain access to the embargoed island. According to The Hollywood Reporter, director F. Gary Gray, fresh off of the massive success of his N.W.A. biopic Straight Outta Compton, recently scouted the location for use in Furious 8, which he recently signed on to helm. If approved, Furious 8 would be the first major Hollywood production to gain access into the country since the Cuban Revolution.

There had been no U.S. productions allowed in Cuba since the Bay of Pigs soured relations in the early '60s and the embargo closed off the borders to Americans. Since then, various movies set in Cuba, like Dirty Dancing: Havana Nights and The Lost City, were filmed on other Caribbean islands, like Puerto Rico or the Dominican Republic, both of which share some architectural similarities to their larger neighbor.

A movie as big as Furious 8 couldn't be shot in Cuba without the permission from The Cuban Institute of Cinematographic Art and Industry (ICAIC). Beginning the progress, a few American productions, including the Hemingway biopic Papa and the short film Noche Buena, have filmed in Cuba since President Obama's announcement. Should the Furious 8 production conquer bureaucratic road blocks, finding a location for the jaw-dropping car chases may be equally as difficult. Some roads aren't kept up as well as others, and in more residential areas, streets double as sidewalks. But the Furious 8 crew has a lot going for them. The franchise has proven itself to be a monumental hit with Latino audiences. They made up 37% of the opening weekend crowd for last year's gargantuan hit Furious 7, in which the film earned $144 million stateside and $384 mil total worldwide over three days. In addition to powerhouse cast regulars Michelle Rodriguez and Jordana Brewster, earlier sequels featured Tego Calderón, Don Omar, Eva Mendes, John Ortiz, and Laz Alonso in supporting roles. In Furious 7, the production fit in bachata star Romeo Santos in a cameo, just long enough to make millions of his fans swoon.

And if Vin Diesel wants to pay tribute to his character’s love of American muscle cars, he's picked the right island. Auto racing was a Cuban tradition for decades, typified by the Cuban Grand Prix of the late '50s. Fidel Castro declared the practice elitist and outlawed racing, but the underground automotive pulse still beats on the island. The documentary Havana Motor Club, which premiered at the 2015 Tribeca Film festival gives us a glimpse of half a dozen racers who are unwavering in their excitement for American muscle cars. Even more common are the vintage Fords and Chevys idling in front of Cuban hotels that double as cabs. Some of the higher-end models are refurbished and look remarkably new for their 60 years. More rundown "maquinas" act as shared cabs for passengers to catch on busy streets. You forget most of these cars on Havana's roads predate seat belt laws, and passengers are free to bump up and down the city’s scraggly roads.

The Furious 8 team does have their paperwork cut out for them, though. If they can pull the feat off, it'll be interesting to see what the filmmakers make of Cuba for all the world to watch. Will they stick to Havana’s crowded streets or veer off-road to the island’s luscious countryside? Perhaps they’ll take audiences the world over to Havana's prime walkway, El Malecón, and drive the twisted coastal route abutted by crashing waves.

On a related note, learn more about the current state of Cuban cinema in our recap of the 2015 edition of Havana's Festival Internacional del Nuevo Cine Latinoamericano.

See U.S. premiere of Capital Cuba and This Is What It Is (Esto es lo que hay), both new Cuban films this weekend at MOMI. Read More.