Home » Tribeca News » Why Are So Many Directors Getting Left Out of Mexican Cinema's "Resurgence"?
View All News

Why Are So Many Directors Getting Left Out of Mexican Cinema's "Resurgence"? 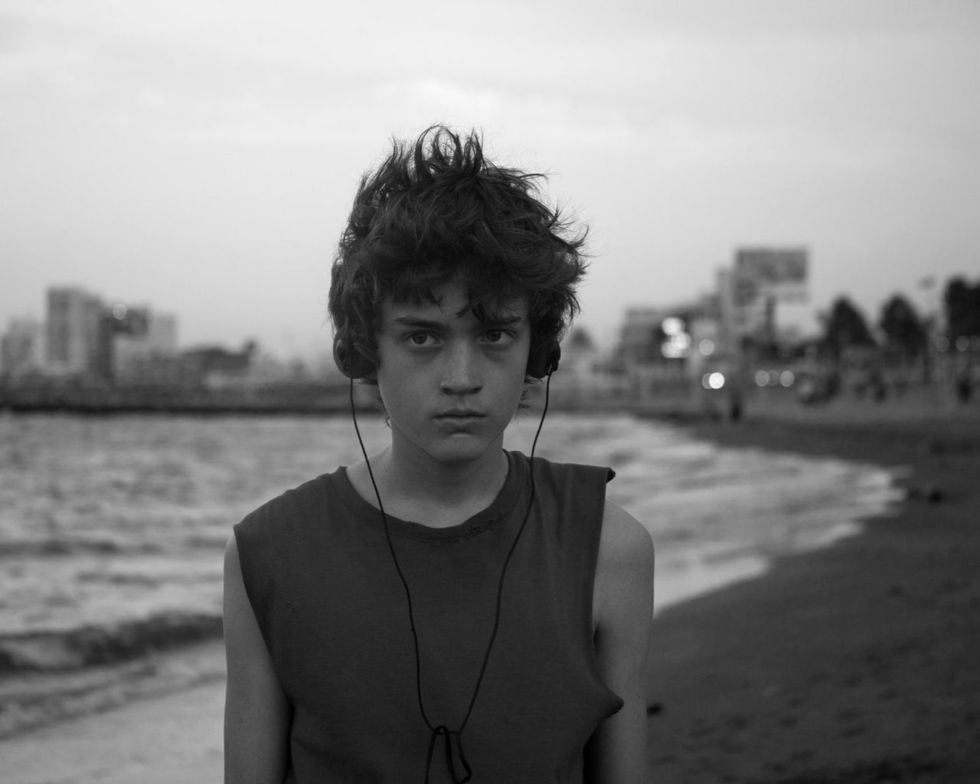 A still from GUEROS. Photo by Kino Lorber.

When most American film lovers say they're fans of Mexican cinema, they tend — more often than not — to mean that they're fans of three very mainstream Mexican moviemakers: Alfonso Cuarón, Guillermo del Toro, and Alejandro González Iñárritu.

Known collectively as moviedom's lovingly-labeled "Three Amigos," each director can claim avid international fanbases, big-budget studio deals, and a hoard of prestigious awards and nominations to their suddenly household names. Two of them are also history-makers: in 2006, Iñárritu became the first Mexican filmmaker in Academy Awards history to receive a Best Director nomination for his globe-spanning drama Babel. Seven years later, Cuarón became the first Mexican director to actually win the award for 2013's space-adventure Gravity, a feat that was followed a year later by Iñárritu himself for 2014's madcap Best Picture winner Birdman. (The latter remains a likely favorite to win the prize this year as well for his upcoming neo-Western The Revenant.)

The only conceivable downside to the unstoppable rise of these three cinematic visionaries is what tends to happen with any international filmmakers who successfully cross over outside their country of origin: the global presses get so caught up in their admiration for two or three specific directors that the wealth of talent still laboring for recognition at home gets lost in the shadow of their more popular fellow countrymen.

When it comes down to it, the "Three Amigos" are just the tip of a long and slowly emerging iceberg in Mexico. Plenty of other Mexican filmmakers have been making critically-revered and award-winning films that continually make waves on the international festival circuit. In 2012 and 2013 alone, Carlos Reygadas and Amat Escalante won consecutive Best Director prizes at Cannes for, respectively, the beautifully oddball family drama Post Tenebras Lux and Heli, the latter of which is a searing, scalpel-sharp drug drama that any fans of Sicario or Narcos would be well-advised to seek out. These two films are brilliantly-crafted pictures and clear decade highlights from totally assured and unabashedly go-for-broke movie masterminds. So why aren't these helmers working with comparable prolificacy or anywhere near the level of financial backing that their better-known peers are afforded? And why do so few cinephiles even know their names?

This was a question on the minds of many during a Bloomberg and Tribeca Film Institute-hosted Business of Entertainment panel entitled "The Future of Mexican Filmmaking," held at the Museo Interactivo de Economia in Mexico City this past Wednesday, October 28th. On the panel were three of the most exciting Mexican filmmakers working today:

Michel Franco, who won the Un Certain Regard Award at Cannes in 2012 for his sophomore feature After Lucia (above), an intense bullying drama, and picked up a Best Screenplay citation at this year's Festival for his American-made drama Chronic;

Rodrigo Reyes, whose documentary Purgatorio: A Journey Into the Heart of the Border received widespread acclaim when it made the festival rounds in 2013 and whose next documentary, Sanson and Me, is being made with a Heineken Voces grant from TFI;

Alonso Ruizpalacios, whose 2014 feature-length debut Gueros picked up prizes at Tribeca, Berlin, and the Ariel Awards, Mexico's Oscar-equivalent, where it was crowned Best Picture. Like Reyes, Ruizpalacios is currently at work on his next directorial effort, Mueso, with the aid of a 2015 TFI Latin America Fund grant for script development.

Over the course of this wide-ranging conversation, the filmmakers talked in candid detail about the inconsistent industry trends that have both aided and hampered their professional successes, both at home and abroad. For example, Reyes' netherworld study Purgatorio (below) has played everywhere from Chicago to Warsaw and yet the documentarian still must attend to his day job as a court translator in order to pursue his pricey cinematic ambitions. At least Reyes' moonlighting has been artistically fruitful: his forthcoming project Sanson and Me analyzes the divergent paths of middle-aged men from Mexico and revolves around an accused murderer whom Reyes befriended during one of his cases. In any case, the point remains clear: three of Mexico's most gifted filmmakers can barely afford to make a living doing what they love. And the grim irony of a so-called "resurgence" in Mexican film that generally expands to no more three directors hasn't been lost on these three directors at all. As Franco revealingly notes, Cuarón and Iñárritu each gained global success by venturing outside of their homeland, and even del Toro hasn't directed a movie in Mexico since his debut film Cronos in. And while a film as broadly-appealing as Eugenio Derbez's 2013 comedy Instructions Not Included, which grossed $10 million in domestic box office over Labor Day weekend, may be agreeable enough to also transcend language and cultural barriers, the type of artistically-inspired, thematically hard-charging, and moderately-budgeted indie-oriented cinema that Franco, Reyes, and Ruizpalacios dabble in has yet to speak to larger global audiences, even when the films have been patently influenced by such renowned auteurs as Paul Thomas Anderson, Michael Haneke, and Joel and Ethan Coen, who served as jury presidents at Cannes this year and awarded Franco with his screenwriting prize.

Franco, Reyes, and Ruizpalacios have each made movies with stunning cinematography and impeccably-told stories that can admirably be deemed "universal" in their own distinctive ways. At one point during the talk, Franco mentions that Ruizpalacios' sincerely personal coming-of-age drama Gueros is a relatively "easy watch" that should've been a huge hit all over the world. Franco is also quick to indicate that, when it comes to Mexican-set stories, global audiences still prefer to screen and sing the praises of unbearably brutal, cartel-related dramas that are typically made by white men and frequently divisive when not just luridly inaccurate in their horrifyingly amped-up dramatic representations. And, as Franco points out, Mexico itself has hardly been as receptive or supportive of their homegrown artists as many would hope: in any given Mexican multiplex, one is bound to see at least ten screens playing The Avengers, roughly two or three more devoted to other international hits, and maybe one devoted to a Mexican-made entertainment. Franco, Reyes, and Ruizpalacio's films are exalted when they pop up at festival after festival, but they remain drastically under-attended when they eventually appear in theaters — if they even make it there.

There is no simple solution to a roadblock like this, other than the obvious: see these movies. Choose to spare your time and dollars to these films whenever they show up in your cities and seek them out elsewhere if you're not hearing a single peep. Sacrifice an opening weekend visit to whatever superhero hash Marvel just heated up in their billion-dollar microwave and elect instead to see a striking movie from Franco, Reyes, Ruizpalacios, Escalante, Reygadas, not to mention Miss Bala's Gerardo Naranjo, Carmin Tropical's Rigoberto Pérezcano, or maybe even a woman Mexican director. Women are conspicuously absent from both this talk and the larger conversation surrounding Mexican cinema, aside from the occasionally buzzy blip on the radar, like Patricia Riggen, whose multilingual Chilean coal miner reenactment The 33 bows next week and is drawing admittedly measured Oscar buzz.

Cuarón, del Toro, and Iñárritu are extraordinary and unimpeachable talents, but why should true film lovers limit themselves to only three directors when there is such a rich and remarkable array of filmmakers working just a little deeper in the frame? There is so much active moviemaking talent in Mexico. And there is so much that we, as audiences, are missing out on if we continue to ignore them.