Trudell's influential life and work were covered in filmmaker Heather Rae's documentary TRUDELL, which screened at the 2005 Tribeca Film Festival. 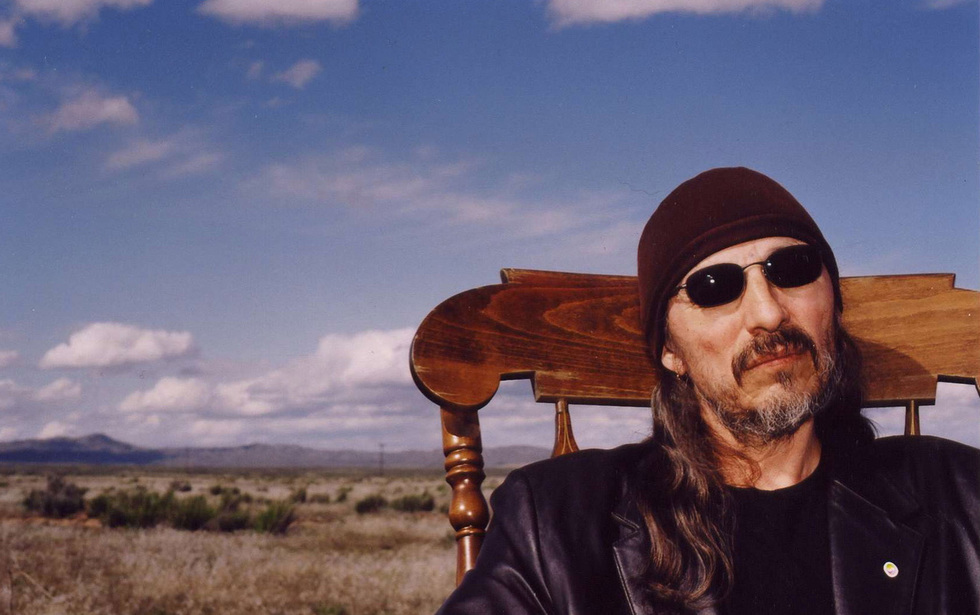 While social media was flooding with discussions about the abhorrent Donald Trump yesterday, a great unsung man passed away. In a better world, his story would be on front pages and a number one trending topic, not that other guy. Let's honor the right man today.

A hugely influential activist/poet/actor, John Trudell was long at the forefront of the American Indian Movement (AIM), fighting for American Indians' rights for nearly 50 years. He died yesterday from cancer at the age of 69, surrounded by his loved ones in Northern California's Santa Clara County. The son of a Santee Sioux tribesman, Trudell made it his life's mission to promote equality, often at the expense of his and his family member's own collective safety. In death, he hoped that his efforts would live on through others. In an official statement, Cree Miller, a trustee of his Trudell's estate, said, "John Trudell and his family ask for people to celebrate love and celebrate life. He asked that people pray and celebrate in their own way in their own communities."

His resume is long and very impressive. In addition to his movie roles and collaborations with icons like Robert Redford and Kris Kristofferson, Trudell was the American Indian Movement's national chairman from 1973 to 1979; in 2012, he joined forced with Willie Nelson to set up Hempstead Project Heart, an organization in favor of the legalization of growing marijuana for industrial purposes.

Trudell's storied life was also riddled with tragedy. In his final year working directly with the AIM, Trudell's pregnant second, mother-in-law, and three children were killed in a fire at his wife's parents' home on the Duck Valley Indian Reservation in Nevada—although the cause of the fire was never determined, Trudell always suspected it was a governmental response to his pro-American-Indians'-rights demonstrations at the time in Washington, D.C.

All of that, the good and the bad, are covered in filmmaker Heather Rae's documentary Trudell, produced by Trudell's one-time lover Macheline Bertrand, the late actress who was also Angelina Jolie's mother. Trudell screened at the 2005 Tribeca Film Festival, reuniting its subject with one-time collaborators Robert De Niro and Jane Rosenthal, who, under their early Tribeca Productions banner, co-produced the 1992 film Thunderheart, starring Trudell and Val Kilmer. Fun fact: Thunderheart was actually De Niro and Rosenthal's first co-production together, establishing the relationship that, nine years later, would lead to the Tribeca Film Festival.

You can watch Trudell in full here; do so after checking out the trailer for Thunderheart: