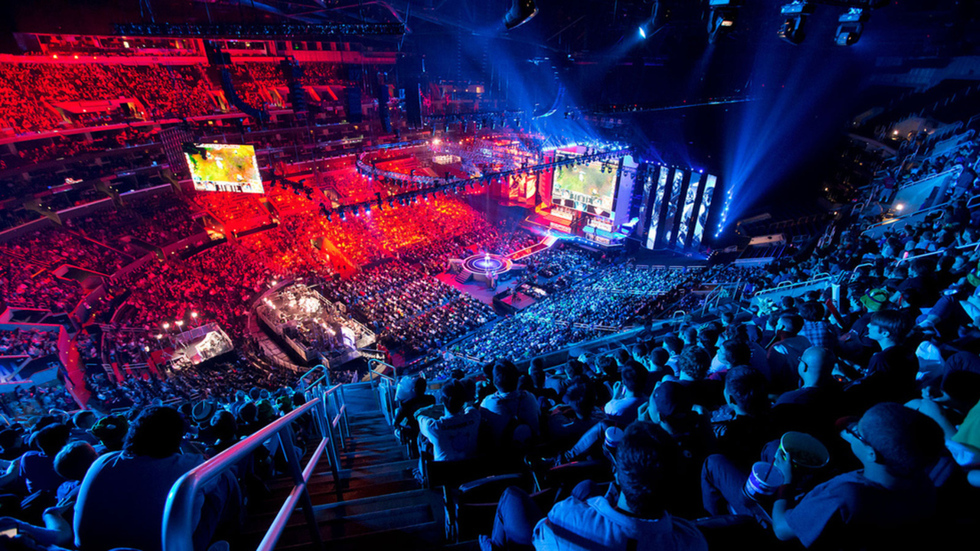 For future news regarding Tribeca Games, sign up here

This weekend, Madison Square Garden will become a battleground for fierce competitors, but they won't be dribbling basketballs or smacking hockey pucks. They'll be sitting down, staring at screens and embarking on epic adventures as fantastical avatars. And you don't want to miss it.

Riot Games is putting on the 2015 NA LCS Summer Finals, for the League of Legends Championship Series (or the LCS), in association with Tribeca Games, our new gaming initiative. The video game competition’s North American summer finals will be held inside Madison Square Garden this Saturday and Sunday. For the uninitiated, the LCS is the professional to professional esports league for Riot Games' hugely popular game League of Legends in EU and NA. Here's a more detailed breakdown.

The event times are as follows:

There will be free activities for the community in Chase Plaza from 3-5p on Saturday and 1-3p on Sunday.

Unfortunately, tickets for both dates are sold out, but don't worry, you'll be able to live stream the event via this link.

We'll be inside MSG all weekend bringing the League of Legends action to you and yours, via our Twitter and Snapchat channels. To find us on Snapchat, search for "tribecafilmfest" within the app, or just scan your own Snapchat over this little spectral guy: