Home » Tribeca News » Are Video Game Movies Heading Toward a Renaissance? These Three Upcoming Films Give Us Hope
View All News

Are Video Game Movies Heading Toward a Renaissance? These Three Upcoming Films Give Us Hope

Dating back to the hilariously bad SUPER MARIO BROS. in 1993, movies based on video games have largely been embarrassing. But thanks to stars like Michael Fassbender and Tom Hardy, gamers may finally have reasons to stop shaking their heads in disgust. 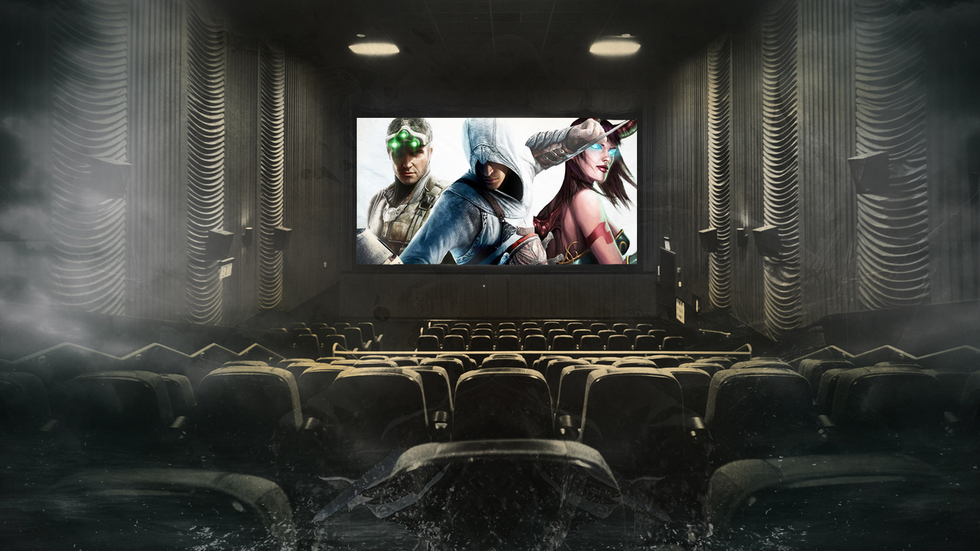 To think that nearly all of the great video games that have been turned into movies have crashed and burned is as heartbreaking as it is true. Hollywood has consistently been unable to translate the authentic style and stories of the video games they attempt to adapt. That's not to say that some aren't financially successful; Angelina Jolie's two Lara Croft films and the Resident Evil franchise have basically printed currency worldwide.

Unsurprisingly, Hollywood continues to favor blockbuster conventions over artistic integrity when it comes to video game cinema, making little effort to capture the essence of the original properties. As long as profits keep the corporate wheels spinning, gamers will continue to be fed disappointing adaptations that leave them annoyed and unsatisfied.

But is that about to change?

In the past, these kinds of movies were considered inferior and unappealingly lowbrow for prestigious actors and filmmakers, who mostly steered clear in hopes of preserving their credibility. The climate has shifted, though. Eight films based on video games have been scheduled for release over the next three years, with another 15 in pre-production. And unlike the films of old, this next wave is full of Academy Award nominees and first-class directors.

Of the eight scheduled films, three in particular have the potential to give video game movies a long-overdue good name. Here’s why.

Assassin’s Creed's story revolves around Desmond Miles, a young bartender from New York. He relives his ancestors' experiences using a mechanism called an 'Animus,' which gives its user the ability to tap into genetic memory. And by doing so, he gets caught up in a feud between two secret societies in the Middle Ages: the Assassins and the Knights Templars. With time travel and epic battles, Assassin's Creed is wildly cinematic.

Ubisoft, the game's developers, began working on plans for the film in 2011. Before handing over distribution rights to 20th Century Fox, Ubisoft came to an agreement with Sony, awarding Ubisoft the final decision on just about every aspect of the film (i.e., budget, principal cast, script, release date). The project really caught steam in October 2012, when Michael Fassbender signed on to produce and star in the film. In an August 2014 interview with IGN, Fassbender noted, "There's so much cool stuff in the game that we're actually spoiled… But we also want to bring new elements to it and perhaps our own version of things that already exist in the game."

Fassbender was able to recruit director Justin Kurzel (the bleak and brutal Aussie thriller Snowtown) and two of the best actors working today: Marion Cotillard and Michael K. Williams. Between Fassbender and Cotillard, that's three Oscar nominations and one win (Cotillard for 2007's La Vie en Rose), which instantly pushes this one miles above your typical video game flick. Added bonus: the chemistry between Fassbender and Cotillard has already been forged in Kurzel's edgy adaptation of Macbeth, which premiered at the Cannes Film Festival in May and will open theatrically in December, followed by an Amazon Prime streaming window.

This past April, Fassbender told Coming Soon that Assassin's Creed will begin shooting next month. It won't be long until we see him decked out in that hooded outfit.

Ubisoft also owns Splinter Cell, whose in-development film version's pedigree rivals that of Assassin's Creed. The Splinter Cell franchise, created by novelist Tom Clancy, follows Sam Fischer, a veteran Black Ops agent who works for a fictional sub-division within the NSA called the "Third Echelon." Think Jason Bourne in Black Hawk Down. And luckily for the game's fans, they'll be in Bourne-approved hands, seeing as The Bourne Identity director Doug Liman has signed on for behind-the-camera duties.

Similar to the Assassin's Creed deal, Ubisoft will be heavily involved with the Splinter Cell movie's creative direction. Which solves one of the most significant problems with Hollywood’s past game-to-film adaptations: the film's producers not being able to abide by the game’s storyline, and, as a result, failing to capture the game’s style and energy.

Unlike Assassin's Creed and Splinter Cell, World of Warcraft isn't a Playstation and/or Xbox-friendly console title. It's an online PC game that has racked up an incredible 7.1 million subscribers to date. In World of Warcraft, the player takes control of a heroic fantasy avatar within the fictional open-world setting, while playing with millions of other online players.

News of a Warcraft film initially surfaced back in 2006. But after several years, the film seemed to go nowhere. The momentum didn’t officially begin until 2013, when Legendary Pictures (Pacific Rim, Interstellar) announced that sci-fi filmmaker Duncan Jones, whose debut feature, Moon, screened at the 2009 Tribeca Film Festival, was brought on as director.

With Jones' unique sense of storytelling, aided by the expertise of producer Charles Roven (the Dark Knight trilogy) and screenwriter Charles Leavitt (Blood Diamond), Warcraft is now in a promising spot. Still, it'll be difficult to accurately convert the game's immense world into an intellectual and compelling narrative. But early concept art like this shows that Jones is at least in the right zone visually.