The recent news that Ava DuVernay passed on directing Marvel Studios' first black superhero movie was a bummer, right? Actually, it left the door open for one of Hollywood's hardest-working veterans to finally get his due. (Well, in theory.) 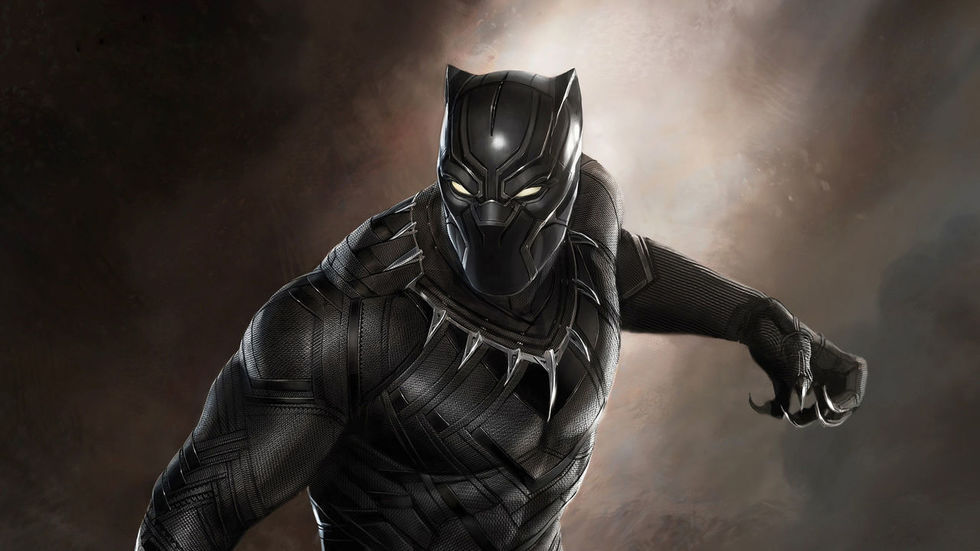 It was almost the most exciting thing to happen to superhero cinema since the Internet-busting Batfleck Day 2013; now, it's just a blip within pop culture's vigorously spinning news cycle.

After weeks of "Will she or won't she?" speculation, Film Twitter received the final word earlier this week that, nope, Ava DuVernay will not direct Marvel’s Black Panther. Speaking with Essence, the Selma filmmaker confirmed that she had in fact met with Marvel Studios and actor Chadwick Boseman (42, Get on Up), who’ll play T’Challa, the leader of the fictional African nation of Wakanda, but her artistic vision for Black Panther differed from what Marvel sees for the character.

"I think I’ll just say we had different ideas about what the story would be," she told Essence. "Marvel has a certain way of doing things and I think they’re fantastic and a lot of people love what they do. I loved that they reached out to me." Which is most likely code for: she'd be required to shoehorn Avengers mainstays like Chris Evans' Captain America and/or Robert Downey Jr.'s Iron Man into Black Panther in ways that would distract from, you know, the guy known as Black Panther.

Comic book movie prognosticators undoubtedly felt déjà vu. DuVernay's decision isn't dissimilar to what happened with one-time Ant-Man director Edgar Wright, save for the sneeze-and-you'll-miss-it brevity of her involvement. Wright spent eight years attached to co-write and direct Marvel’s $130 million answer to Honey, I Shrunk the Kids before ditching the project in May 2014, due to an inability to merge his quirky sensibilities—on full display in his cult-loved and genre-specific comedies Shaun of the Dead (2004), Hot Fuzz (2007), Scott Pilgrim vs. the World (2010) and The World's End (2013)—with Marvel’s intricately mapped-out universe and five-year plan. At this point, if you’re making a Marvel movie with a release date before 2020, you’re making a movie for the company, not with them.

When the scuttlebutt first surfaced online back in early May, it seemed too good to be true—the first black superhero movie could potentially be made by not only a woman director, but one of color, which would make Marvel’s most intriguing future superhero standalone project doubly rare and doubly exciting. A widespread feeling of euphoria spread throughout Twitter last month when unconfirmed reports circulated claiming that DuVernay had officially broke bread with Marvel’s brass and signed the dotted line—which, as it turned out, was yet another unsubstantiated Internet tale that far too many movie blogs treated as law without verification. Not to mention, an undisguised blessing.

And now, as San Diego Comic-Con puts superhero cinema on front street this weekend, Black Panther is still without a hired shot-caller. Not that Marvel Studios president Kevin Feige would be there to announce one—in a bold, we-don’t-need-your-damn-convention move, Marvel’s execs have opted to skip Comic-Con this year, having staged their own big press conference last October, in which Boseman’s Black Panther casting was first made public.

But that doesn’t mean they’re putting Black Panther on the back burner. The question of who’ll ultimately direct the first black superhero film still looms. There’s one choice that’s so perfect, though, that one would hope Feige and his colleagues are also currently thinking along these lines. And if they're not, they need to stop imbibing Tony Stark's "Demon in a Bottle" booze stash.

The best person to direct Black Panther is Ernest Dickerson.

Savvy cinema buffs know Newark, NJ, native Dickerson as Spike Lee’s old NYU film school buddy who went on to be Lee’s cinematographer on six films, including Do the Right Thing (1989), Jungle Fever (1991) and Malcolm X (1992). Tupac Shakur historians know Dickerson as the director of Juice (1992), home to 2Pac’s greatest acting performance. Horror fans will quickly show love to Dickerson’s slept-on Tales from the Crypt Presents: Demon Knight (1995), as well as salute him for being the rare black filmmaker in a genre that’s forever been lacking in behind-the-camera diversity.

Those are Dickerson’s niche credits. On a bigger scale, upwards of 14 million people have seen his work on a nearly weekly basis for the last three years. Dickerson is responsible for some of the best episodes of The Walking Dead. He’s the guy the AMC zombie series’ showrunners call whenever it's time to elevate the scale from "Rick Grimes and emo friends talk and kill a walker or two" to full-scale zombie mayhem. Dickerson's the madman responsible for "Beside the Dying Fire," The Walking Dead's second season finale in which the zombies infiltrate Hershel’s farm, causing fires to rage, bodies to drop and the viewer's breathe to cease. It's the episode that first justified any comparisons between The Walking Dead and George A. Romero’s best Dead movie sequences.

"Beside the Dying Fire" is up there with other whiplash-inducing AMC moments like Breaking Bad's "One Minute," directed by the badass Michelle MacLaren, who's earned a reputation as TV's grittiest director. She and Dickerson share the knack for cinematically grandiose action on a TV-sized scale. They're equally experienced and similarly gifted shooters, but only one of them remains untapped by Hollywood’s blockbuster’s gatekeepers. Last November, DC Comics’ regime tagged MacLaren (she of Breaking Bad notoriety) to helm their in-development Wonder Woman, the first woman superhero movie of its kind since the rightfully forgotten 1984 bomb Supergirl. (MacLaren has since dropped the gig, however, due to, what else, creative differences.) Everyone praised DC's MacLaren call for its radicalness, even though, duh, of course a woman should direct a movie about woman—just as, duh, it'd make complete sense for a black man to direct a movie about a black man.

Dickerson’s Walking Dead experience speaks to a key reason why he’s so right for Black Panther: he knows how to work within an established world. TV directors can’t be as precious as cinematic auteurs. When a director is brought in to shoot, say, the fifth episode of a season, he or she has to adhere to the show’s already in-place visual look and tonal feel, which Dickerson has done more than most small-screen directors. Unable to get his original genre scripts any financing ever since the one-two flop string of Bones (2001, and, yes, it’s that Snoop Dogg horror movie) and the DMX-led Never Die Alone (2004), Dickerson has more than stayed afloat by working in television. In addition to his eleven Walking Dead episodes, he’s worked on HBO’s The Wire and Treme, Showtime’s Dexter, NBC’s ER and Fox’s Sleepy Hollow.

Having tirelessly directed TV episodes for the past 11 years, Dickerson deserves another chance in Hollywood. He’s currently prepping a new indie feature, an adaptation of Curaçaoan author Frank Martinus Arion’s politically minded tragicomedy Double Play, which is great news, but the impressive large-scale, action-thick work Dickerson’s done on The Walking Dead has been too good to let exist merely on television. At 64 years old, he’s an elder statesmen with the untried potential of someone half his age—he just needs someone in Hollywood to give him a shot. (About Dickerson's age: Joe Johnston was 61 when he directed Captain America: The First Avenger, so spare us the ageism.)

There’s no doubt that Kevin Feige and Marvel sought after Ava DuVernay because they, like everyone else, know she’s an incredibly talented filmmaker, but don’t get it twisted—they also realize that a property as anomalous as Black Panther warrants a behind-the-camera choice that’s just as atypical. And what’s more atypical in Hollywood than a black woman who’s been given somewhere between $100-$200 million to make a movie? Dickerson wouldn’t be much less of a bold and progressive selection for Black Panther. And unlike DuVernay, who’s only made character-driven dramas so far, Dickerson knows how to shoot action like Comic-Con’s Hall H attendees know how to cosplay.

And now, just because, let's watch the trailer for Dickerson's Demon Knight, which is getting a fresh Blu-ray re-release, via Scream Factory, on October 20.