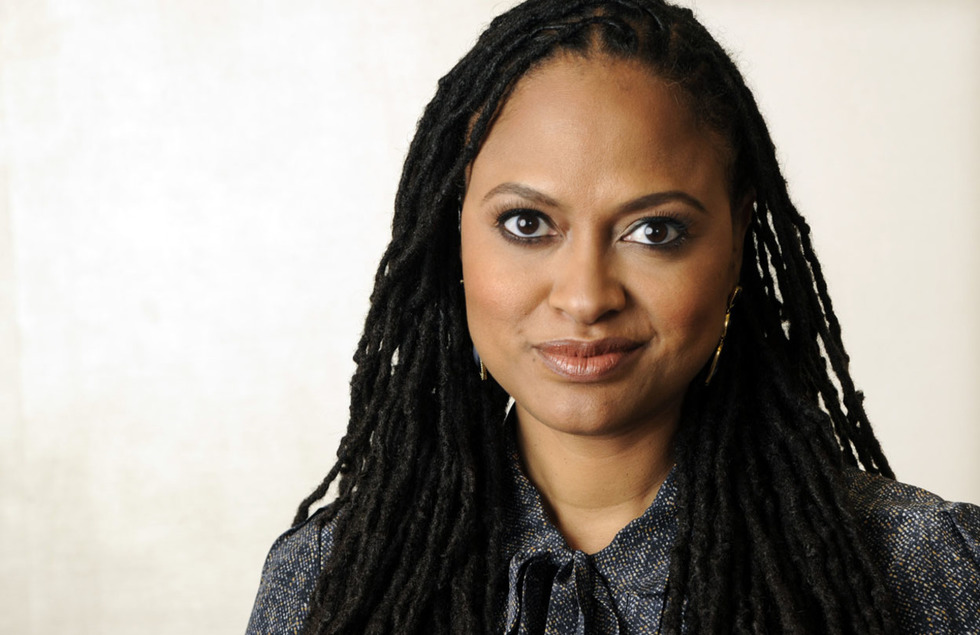 Few working filmmakers hold more fascination within our current cultural zeitgeist than Ava DuVernay, which goes a long way in explaining why the rumors of the Selma helmer teaming up with Marvel to direct their forthcoming Black Panther movie were so lustily covered. Talk of Marvel courting DuVernay for the Chadwick Boseman-lead adaptation swirled early this past May and plenty of news outlets got caught with egg on their face two weeks ago by falsely reporting that the director had accepted the high-profile gig based on the sound evidence of... a Marvel fan's tweet. DuVernay herself had some fun toying with fan expectations on Twitter, while nonetheless remaining reticent on her own involvement in what was ostensibly shaping up to be the first-ever superhero movie directed by a black female filmmaker, and centered around a black superhero at that...

That is, until this Friday, when Essence Magazine revealed that DuVernay had passed on the project due to creative differences with Marvel. "I think I'll just say we had different ideas about what the story would be," DuVernay confirmed during the Essence Festival, definitively putting to bed two months of breathless speculation. "Marvel has a certain way of doing things, and I think they're fantastic and a lot of people love what they do. I loved that they reached out to me... We just didn't see eye to eye."

So, Ava DuVernay is not directing Black Panther. Disappointing news, for sure, to those seeking further efforts of inclusion from within the Marvelverse, or for those just looking for something different from these boilerplate blockbusters...

Which is why, when it comes down to it, Ava DuVernay's Marvel rejection is an undisguised blessing.

With only four feature films and a handful of shorts to her name, DuVernay — who spent the better part of her industry career as a publicity maven — is still only beginning to shape her identity as a filmmaker, however diverse or multitudinous said identity might be. DuVernay's two most most prominent efforts have done wonders in not merely defining this identity, but also stretching its potential. Last year's Martin Luther King voting rights drama Selma, a masterfully-made Civil Rights epic full of sweeping crowd scenes and strong action spectacles, garnered widespread critical acclaim, respectable box office success, and a vehement Oscar controversy to become a cultural event and social movement unto itself. Selma was clearly the project that brought DuVernay to Marvel's attention, but those only familiar with DuVernay's latest might be surprised to learn that the director's previous film featured none of the large-scale, politically-infused moviemaking that delivered the long-gestating Selma to glory despite script squabbles, pre-DuVernay director switches, and a rushed shooting schedule.

DuVernay's gorgeous character-driven drama Middle of Nowhere, a surprise hit at Sundance and one of the last few gems championed by the late Roger Ebert, may share indie credibility (and two wildly disparate indie budgets) with Selma, but the unsuspecting viewer wouldn't be blamed for potentially thinking that these are the works of two separate directors. Although they share a few key cast members (including the supreme Lorraine Toussaint and David Oyelowo, Selma's commanding King) and one brilliant cinematographer (DuVernay's go-to DP Bradford Young), Selma and Middle of Nowhere couldn't be more different in their storytelling sensibilities. Selma's stirring and extensive group portrait of sixties-era voting rights activists feels grander but no less vivid than the solo, smaller-scale study of Middle of Nowhere's modern-day heroine Ruby, an everyday working woman torn between the possibility of new love with a charming bus driver and the suppressive force of her incarcerated husband.

You can spot the differences in the music alone: Selma's $20 million budget, which is literally 100-times the breathtaking $200,000 allowance of Middle of Nowhere, allowed for a more discernible soundtrack of period-specific soul tunes from the likes of Otis Redding and The Impressions to heighten bravura sequences of protest and battle. Middle of Nowhere, meanwhile, relies on a few spare if admittedly unidentifiable R&B tracks for key scenes such as a sparkling nightclub encounter between Emayatzy Corinealdi's conflicted Ruby and Oyelowo's cheeky love interest. And yet despite such sonic, narrative, and cinematic distinctions, Ruby's personal sea change resonates just as deeply as the hard-won victory of King and his courageous comrades. Both stories swim in the mind, long after viewing. Both films linger in the heart. They aren't the efforts of an erratically rogue director unsure of who she wants to be, but rather those of an awesomely ambitious and terrifically adventurous filmmaker who — much like her white, male peers — isn't willing to be pigeonholed by industry demands.

If Marvel couldn't make it work with DuVernay, a filmmaking force already remarkably capable of entertaining and empowering her audiences, then their loss is our gain as cinephiles. Never mind that Marvel's domineering creative control and seemingly disorganized directorial selection process resulted in infamous partings-of-ways between Edgar Wright (formerly attached to this summer's Ant-Man), Kenneth Branagh (who helmed Thor but passed on its sequel), and Patty Jenkins (Branagh's imaginatively-chosen replacement who was later unceremoniously dismissed). While the idea of an Ava DuVernay superhero movie at the very least seems like a stunning and subversive prospect, the last thing DuVernay needs in the early stage of her still-growing career is to sacrifice her vision for an entertainment giant whose films make millions but seem to pride itself on indistinguishable visual schemes and pre-set story templates.

This isn't to say that Ava DuVernay shouldn't do whatever she wants at any stage in her career. But in an industry where black filmmakers — and specifically black, female filmmakers — are so seldom allowed to grow beyond their first breakout efforts, DuVernay is in a unique and rare position to go ahead and do whatever she wants. DuVernay has been notably and vitally outspoken about the lack of opportunities afforded to her fellow black filmmakers. She most recently went to bat via Twitter for the flagging Indiegogo campaign behind Haile Gerima's Yetut Lij. (Donate here!) "To say you're a fan of black filmmakers, unfortunately, is to say that you're a fan of, maybe, two or three films," DuVernay said during her 2015 Tribeca Talk. It would have been an understandable shame, then, for DuVernay's newfound industry clout to go to waste for a mall-movie empire that all but buries their directors' respective individualities within ragged, mechanized objects that, with few exceptions, could really be run anonymously on autopilot. Although obviously intrigued by the possibility of DuVernay, Marvel proved typically unwilling, at least according to DuVernay's statement, to bend their tired, billion-dollar model for a new and potentially game-changing perspective.

Let Ava DuVernay tell the stories she wants to tell in the way she wants to tell them. If one of these stories just so happens to center around a man in spandex, then DuVernay has already exhibited the necessary skill and strength to make this movie, free of studio mandates, legacy liabilities, and fanboy entitlements. At this point, I'd watch her direct a drivers ed tutorial. Like the great cinematic genre-hoppers who came before her, DuVernay's directorial print contains multitudes, and the future of cinema suddenly seems a hell of a lot brighter knowing that her inimitably unpredictable vision is a part of it.