Watch: Idris Elba & Cary Fukunaga Bring Netflix to the Big Screen With BEASTS OF NO NATION 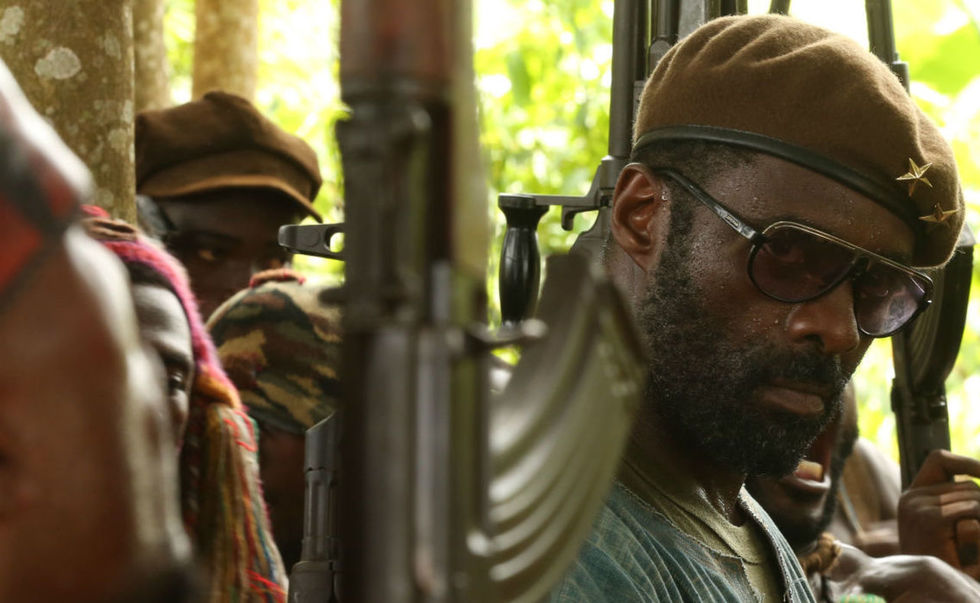 For all of the ink it’s received over the last two months, HBO’s second season of True Detective has largely been letdown in the eyes of critics. Even those who are pro-Ray-Velcoro can’t deny the fact that this year’s installment sorely misses Cary Joji Fukunaga’s direction, which guided all eight hours of last year’s inaugural season with an assured sense of mood and place and virtuosic artistry. True Detective 2014 turned the one-time inconspicuous indie filmmaker (Sin Nombre, Jane Eyre) into a household name and a hot Hollywood commodity, and it’s finally time to see how Fukunaga will utilize his post-Yellow-King heat.

His first project after True Detective is an adaptation of Uzodinma Iweala's novel Beasts of No Nation, a look at child soldiers in Africa. Fully jumping into the film scene now, on the heels of successful shows like House of Cards and Orange is the New Black, Netflix dropped a reported $12 million to acquire the film’s exclusive rights, and it’ll premiere on the streaming service on October 16, in addition to a limited, Oscar-qualifying theatrical run starting that same day.

The first Beasts of No Nation trailer just made its way online, and, while it's short, it's as visceral as you’d expect from the director who staged that amazing six-minute single-take True Detective sequence. Not to mention, there’s also a glimpse at Idris Elba's turn as the brutally militant commander who pushes a young African boy (played by newcomer Abraham Attah) into a life of violence after the kid’s family is murdered.

Beasts of No Nation is already confirmed the Venice Film Festival and the Toronto International Film Festival—meaning, it most likely has the goods and will dominate awards season chatter. See why here: