Home » Tribeca News » Can We Talk About Andrew Dice Clay in ‘Blue Jasmine’?
View All News

Can We Talk About Andrew Dice Clay in ‘Blue Jasmine’?

This week, we’re highlighting some of the year’s most underrated performances that deserve wider recognition. Today we focus on Andrew Dice Clay’s stunning turn in ‘Blue Jasmine.’ 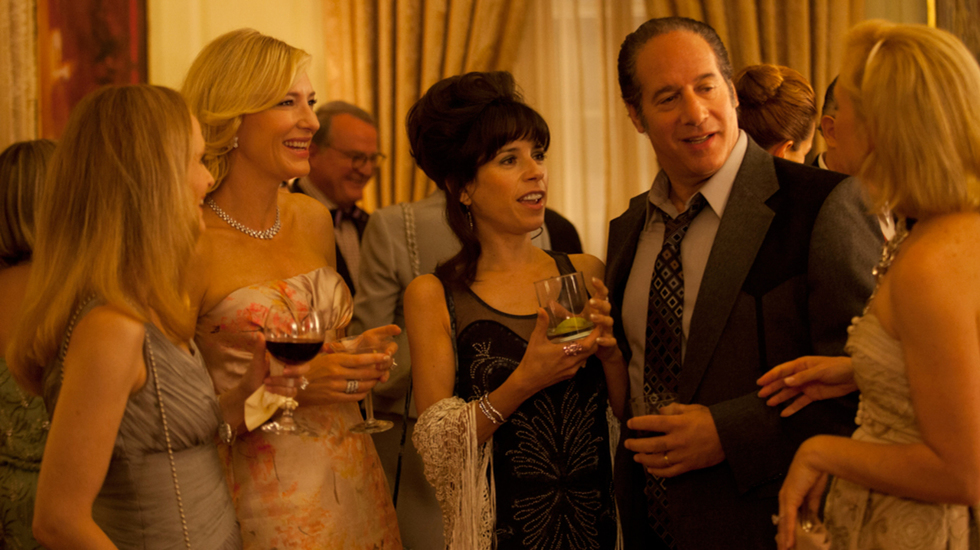 Andrew Dice Clay (yes, the Dice Man himself) is responsible for one of the year’s most devastating and honest performances, thanks to the inventive Woody Allen. Who would have thunk it? Woody Allen is a filmmaker who thoroughly enjoys the casting process. From Tim Roth as a singing con in Everyone Says I Love You to Sean Penn as a jazz guitarist in the Sweet and Lowdown to Hugh Jackman as a murderer in Scoop, it’s obvious that Allen loves to cast against type.

Well-known for his brash style of comedy and profane language, Clay was very successful in the 1990s. As the years progressed, Clay turned his attention away from the silver screen and back to honing his unique comedic style and branching out in terms of technology (his podcast, Rollin’ with Dice and Wheels, is quite popular). Given his loud, free-wheelin’ persona, he is one of the last actors I ever expected to appear in a Woody Allen movie. While Cate Blanchett and Sally Hawkins are rightfully reaping rave reviews for their performances in Blue Jasmine, Andrew Dice Clay is deserving of praise as well.

In the film, he plays Augie, the ex-husband of Ginger (Hawkins). Augie exudes working class. His long grey hair is pulled back into a pony, his skin weather-beaten from hard labor—clearly he has seen better days. When we are first introduced to him, he is a hateful and bitter man with no empathy for Jasmine’s dire situation. Clay’s antagonistic motions suggest that Augie is a man capable of violence, and the resentment he feels toward Jasmine is palpable. Augie holds her responsible for the loss of his nest egg and the destruction of his marriage to Ginger.

The audience initially thinks the worst of Augie. He is loud, brash and full of rage—angry at the world as well as his situation. As Allen cleverly employs the use of flashbacks to reveal the way things used to be—when Jasmine and Hal (Alec Baldwin) and Ginger and Augie were both happily married—we see a different side of Augie. His hair is just beginning to grey and he’s nervous about coming to New York, despite his having just won the lottery with Ginger. Clay as Augie openly overcompensates, loudly admiring Jasmine’s apartment and working hard to make a good impression for Ginger. His body language and tone are completely different before Hal rips off his windfall; despite his roughness, he is happy and in love with his wife.

Clay never plays Augie as a fool or an idiot, simply as a working class man who trusts the wrong people.

Clay projects the younger Augie as naïve and vulnerable, drawing sympathy from the audience. Despite his lottery winnings, Clay’s Augie does not aspire to be one of the elite; he just wants to start a modest business to take care of Ginger and his two sons. Pushed by Jasmine to invest with Hal, Augie unwittingly destroys every facet of his life. Clay never plays Augie as a fool or an idiot, simply as a working class man who trusts the wrong people. Augie and Ginger’s marriage ends off-camera, but Clay subtly displays Augie’s continued feelings for his ex whenever he speaks of her or to her. It is only fitting that he is the one to bring Jasmine’s world crashing down just as she is about to reel in another oily and wealthy husband.

Allen’s handling of their chance encounter is truly subtle, and Augie’s destruction of Jasmine’s new life is as unwitting as Jasmine’s was of his. Clay never raises his voice or his fists (as, we, the audience, expect him might). He simply tells Jasmine exactly what he thinks of her and her ex-husband with a matter-of-fact delivery and essentially steals the scene from Blanchett. When he takes off for Alaska to start his life anew, the audience can only wish him well.

If Blue Jasmine is any indication, Andrew Dice Clay is in the middle of a career resurgence—in fact he just finished up a residency at the Hard Rock Hotel in Las Vegas. While he is focusing on his comedy for now, one can only hope that the future will bring Andrew Dice Clay more rich on-screen opportunities.