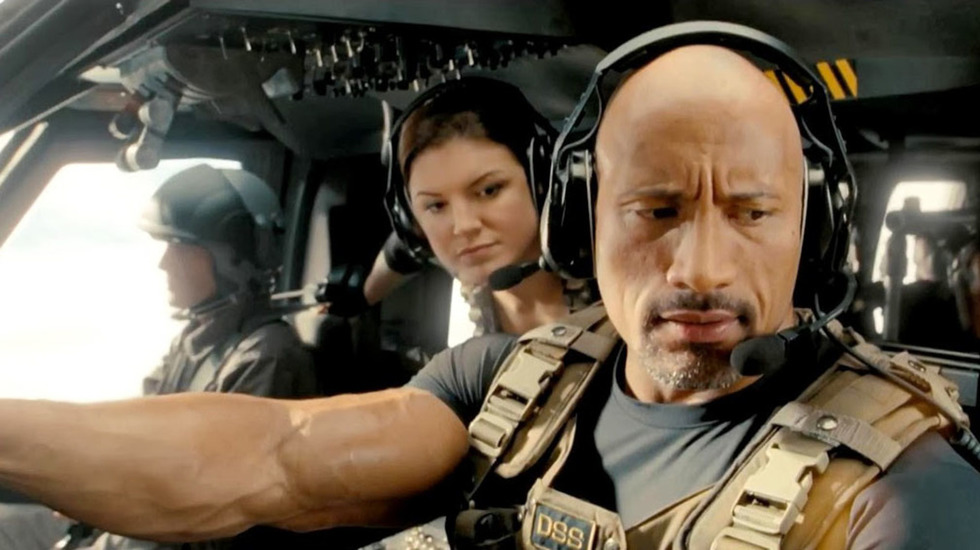 This Week's Trailer:  A quick taste of San Andreas, an earthquake-themed disaster flick starring Dwayne "The Rock" Johnson. Alexandra Daddario plays Johnson's daughter, which promises a reunion scene in a pile of rubble, while Paul Giamatti fills the time-honored slot of "fancy actor hamming it up in an action movie." (In theaters May 29.)

This Week's Tune:  A creepy cover of "California Dreamin'"  by The Mamas and The Papas, which is one of the all-time best songs of the sixties. That's just a fact.

How Literal Is It? You're making a movie about an earthquake on the San Andreas fault, which is in California. So you select "California Dreamin'" for your soundtrack. That's not as literal as choosing, say, "San Andreas Fault" by Mama Cass (after she went solo) or "I Feel the Earth Move" by Carole King, but it still has an on-the-nose quality.

How Emotional Is It? It's interesting that we only hear the words "California dreamin'" sung over and over again. That emphasizes how dreamlike this type of disaster would seem, tearing the world apart in front of your eyes. And the vocal is multi-tracked to make it sound even more ethereal, like the song is some kind of chant from a doomsday temple. Though I can't imagine the film itself will be anything but a loud and aggressive blow-em-up, the tune makes the trailer feel creepy and suggestive.

Will We Associate It With This Movie? Call me crazy, but I think we might. At least, we might remember how this particular version of "California Dreamin'" gave San Andreas a little edge.

Overall Trailer Tune Effectiveness:  This is the billionth time that a trailer has used a dark, slow version of an uptempo hit to create a sinister mood, but at least it gives me a slight hope that San Andreas will be more than a mindless disaster picture. I'm still not convinced, but this will at least make me take another look when the full trailer arrives in a few months.