Home » Tribeca News » One for Me / One for Them: Channing Tatum
View All News

One for Me / One for Them: Channing Tatum

The sexy, soldier, stripper type has been deceptively canny when it comes to balancing his career. How's he doing? 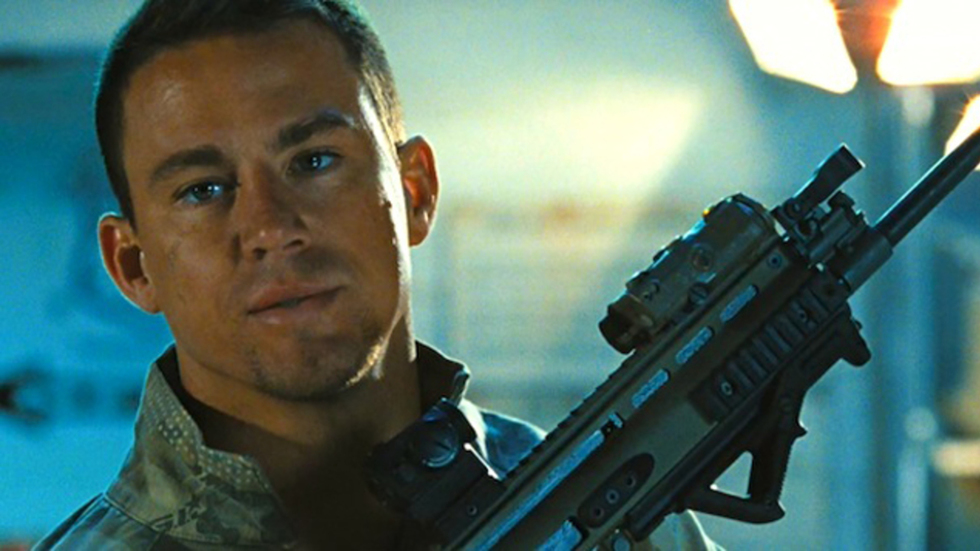 For a movie star who has made their mark, the "One for Me, One for Them" stratagem is a good way of maintaining one's career path. By taking "one for them," i.e. commercial pictures that pay well even if they're not hugely artistic, they can give themselves the freedom and clout to take "one for me," i.e. more creatively challenging/daring projects.

This week, with G.I. Joe: Retaliation stomping into theaters, we're taking a look at one of the more interesting stars of the moment, Channing Tatum. He's been pretty smart about keeping a balance in his young career. How's it working out for him?

2006:
Contrary to what you might expect from an actor with the beefcake reputation that Tatum has, he's been mixing things up between the mainstream and the art house since the very beginning. His two breakthrough roles came as the object of Amanda Bynes's desire (Drake nods like, "I get it, bro") in She's the Man and as a street dancer who wins the heart of a ballet student in Step Up. But movies would put his body on full display, a recurring theme in his career. As would the little-seen but decently acclaimed A Guide to Recognizing Your Saints, Dito Monteil's cinematic memoir of growing up in Queens. Tatum wasn't nearly at the stage where he could cherry-pick projects right yet, but he was solidly down with the balancing act already, something that would bode well for him going forward. Advantage: THEM

2007-2008:
Battle in Seattle was an underseen piece of anti-WTO agitprop, but Tatum was part of an ensemble that included Charlize Theron and Woody Harrelson that must've at the very least been good for networking purposes. A cameo in Step Up 2 The Streets was not only a quick and easy paycheck but also helped tie him to the franchise as it moved on towards greatness without him. His most significant role during this period was as the second-lead in Kimberly Pierce's Stop-Loss. He got good reviews in an ensemble that included Joseph Gordon-Levitt, Abbie Cornish, Mamie Gummer, and Ryan Phillippe, but the film didn't attract much of an audience. Still, he'd finally started breaking out of the box as the "Step Up Guy." Advantage: HIM

2009-2010:
The indie movies got bigger -- his second teaming with Montiel, Fighting, got a bigger release push this time -- and his class of co-stars got more prestigious. A small role in Public Enemies put him on the same movie posters as Johnny Depp and Christian Bale. But these two years where highlighted by a pair of decidedly commercial efforts, establishing him as a leading man in both romantic dramas (the Nicholas Sparks adaptation Dear John) and macho action blockbuster (G.I. Joe: The Rise of Cobra). Advantage: THEM

2011:
Quite the varied year for our Channing. On the commercial side, he got to try out hos comedic chops opposite Kevin James and Vince Vaughn in The Dilemma. The movie was not well received at all, but Tatum was the clear comedic highlight. His independent efforts were getting decidedly tonier -- including the slick Steven Soderbergh action film Haywire and the gladiatorial would-be epic The Eagle -- though they all made sure to take advantage of his physique in various ways. He even got to indulge in his share of passion projects, including a third teaming with Monteil (The Son of No One) as well as producing the ensemble reunion comedy 10 Years. Advantage: HIM

2012:
Tatum's breakthrough to the A-list came with a year that took fullest advantage of his now incredibly diversified filmography. Starting with another romantic drama (The Vow with Rachel McAdams), continuing with his strongest comedic effort to date (the wildly better-than-you-expected 21 Jump Street), and capped off by the media darling Magic Mike, which made him at once a mainstream sex symbol, in-demand leading man, and deeper-than-expected storyteller. Advantage: HIM

2013:
With no signs of slowing down, Tatum continues to smartly balance his upcoming projects. Side Effects was a well-reviewed drama (his third pairing with Soderbergh, who says he's retiring, which is too bad for Channing) that felt both arty and mainstream at once. G.I. Joe Retaliation is another hefty paycheck that is banking heavily on his presence despite the fact that he doesn't seem to be in it much (creating a can't-lose scenario for Tatum: if it bombs, he's clear of it; if it's a success, it's in part because people went to see him). In the months ahead, he's got one more blockbuster, teaming with Roland Emmerich and Jamie Foxx for White House Down, followed by Bennett Miller's Foxcatcher in the fall, which could be an awards contender if it breaks right. Things are leaning commercial for the moment, but Foxcatcher is the one that will determine how 2013 balances out for Channing Tatum. Advantage: ???