Home » Tribeca News » One for Me / One for Them: Nicole Kidman
View All News

Let's take a look at how the "Stoker" star is balancing the commercial and creative in her career. 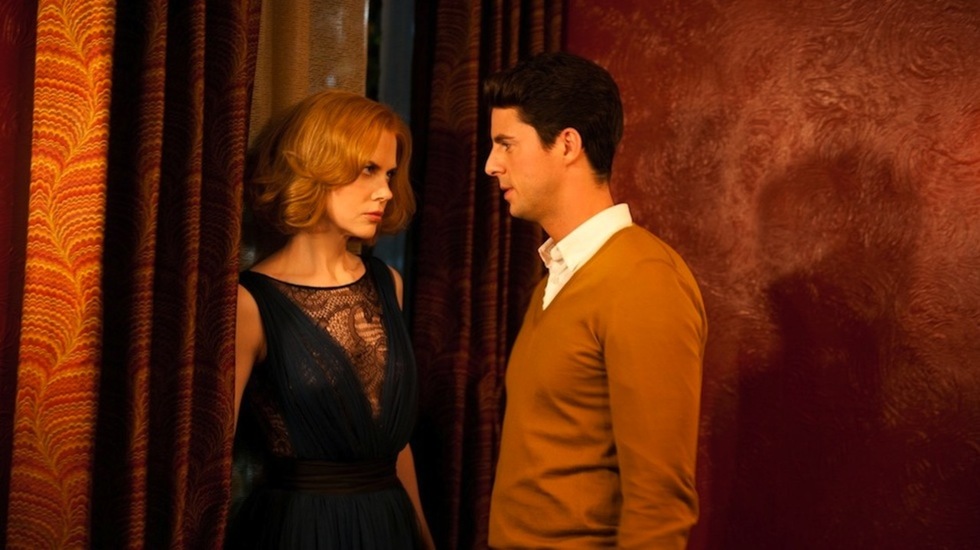 For a movie star who has made their mark, the "One for Me, One for Them" strategy is a good way of maintaining one's career path. By taking "one for them," i.e. commercial pictures that pay well even if they're not hugely artistic, they can give themselves the freedom and clout to take "one for me," i.e. more creatively challenging/daring projects.

Nicole Kidman didn't invent this strategy, but she's been operating under it, more or less, for almost two decades, with varying degrees of success. Not to get too arbitrary about it, but 1995 is a good year to place the strategy's starting point. That year, she won a Golden Globe for Gus Van Sant's darkest of dark comedies, To Die For she also took a featured role in that summer's giant blockbuster, Batman Forever. From there, Kidman would go on to strike a sometimes-pristine, sometimes-volatile balance between commercial and artistic.

To Die For and Batman Forever set Kidman on two paths. After Van Sant, Kidman clearly got a taste for the auteur, and she would soon work with Jane Campion on her follow-up to The Piano, The Portrait of a Lady. And, famously, she and her then-husband Tom Cruise teamed up on Stanley Kubrick's final film, Eyes Wide Shut. She earned critical raves for both. At the same time, Kidman became a box-office presence, doing the geopolitical adventure-thriller thing with George Clooney in The Peacemaker, as well as teaming with Sandra Bullock as sisters/witches/big fans of that "lime in the coconut" song in Practical Magic. It was a close balance at the time, but the best-case scenario for the "One for Me..." strategy is that the artsy picks end up enduring longer than the paycheck movies; Kidman achieved that in this year. Advantage: HER

This three-year period saw Kidman cresting atop a wave that few Hollywood stars get to ride: one where her "for me" projects brought her "for them" levels of success and notoriety. Moulin Rouge!, Baz Luhrmann's auteurist vision of a glitzy pop musical, earned Kidman her first Oscar nomination. The Others was a late-summer supernatural chiller but was so well-reviewed that Kidman got awards for that performance as well. The Hours was almost unfathomably successful for a talky, cross-generational story featuring lesbians, depressed women, and literature. Kidman won the Oscar. She parlayed all that mainstream art success into a lead role in Lars Von Trier's Dogville. That one obviously didn't cross over into commercial success, but if she was going to use her hard-won capital to take real chances, she could hardly have chosen better than Dogville. The hot streak came to a close by the end of 2003, when Cold Mountain was not the Oscar-bait crossover it was expected to be, and The Human Stain was an arthouse flop. Still, there was a while there where she didn't miss a step. Advantage: HER

It was back to the more classic Me/Them dynamic in 2004. Jonathan Glazer's Birth was quite well-reviewed but not widely seen nor awarded. The Stepford Wives was neither well-reviewed nor (by the standards of a major studio release) widely seen. Still, since the weight of Stepford did more to tarnish Kidman's career than Birth did to help it ... Advantage: THEM

Another rough couple years. Studio efforts The Interpreter (a fine if forgettable teaming with Sean Penn) and Bewitched (an all-around disaster) were only offset by the arthouse misfire Fur: An Imaginary Portrait of Diane Arbus. Advantage: THEM

The studio movies didn't get much better in 2007. The Invasion was instantly forgettable low-effort horror-ish-ness, while The Golden Compass was a non-starter of a post-Lord of the Rings franchise. The bright side? Kidman's art-movie concession that year was Noah Baumbach's biting Margot at the Wedding. Nobody saw it, but Kidman was fabulous. Still ... Advantage: THEM

An ill-fated attempt to recapture that "have your cake at eat it too" zeitgeist of the early 2000s. You can't blame her for wanting to reunite with Baz Luhrmann again, but Australia made a lot of noise leading up to its release and then went nowhere. Similarly, Nine was heralded as the second coming of Rob Marshall's Oscar-winning Chicago, but it was a snooze, and Kidman ended up getting lost in a gaggle of fellow Oscar winners like Penelope Cruz and Judi Dench. Still, one got the sense that Kidman was at least making the movies she wanted to make. Advantage: HER

Kidman has largely settled back into trade-off mode, getting paid for Adam Sandler garbage like Just Go With It so she can take risks with stuff like Lee Daniels's The Paperboy or -- to use a much more high-quality example -- John Cameron Mitchell's Rabbit Hole, for which she received her third Oscar nomination. Advantage: HER

Well, she's starting the year off on the auteur tip, reveling in the muck of Park Chan-wook's English-language debut, Stoker. It remains to be seen how commercial Grace of Monaco will be, but with the Weinstein Company behind it, the sky's the limit. Advantage: ???

One for Me / One for Them: Rachel Weisz