The minds behind Joffrey: Mavericks of American Dance break down their five key points to launching a film when working with a modest budget. 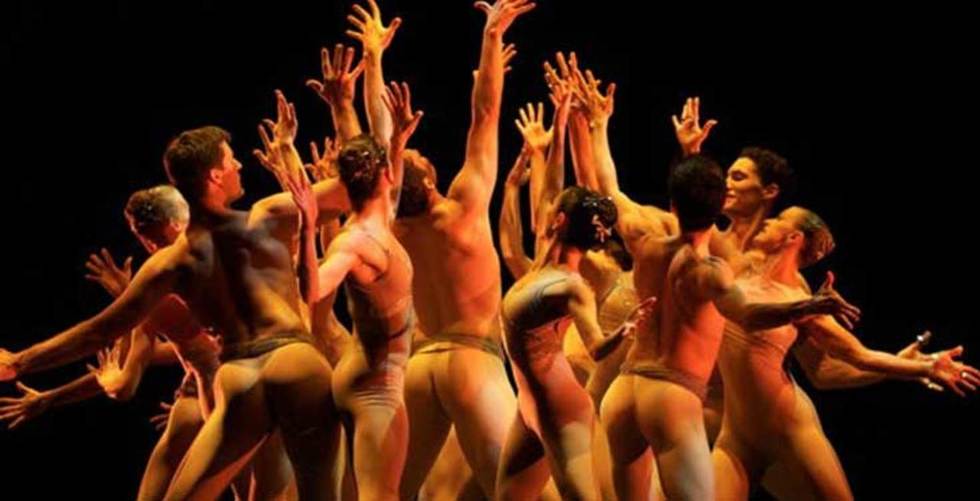 For the past six months, my company, Hybrid Cinema, has been working on the release of Bob Hercules’s new documentary film Joffrey: Mavericks of American Dance, about the history of the Joffrey ballet. This is a capsule post to explain the highlights of launching a documentary into the marketplace when working with a modest budget. Future posts will go more in depth on certain aspects of this release.

With at least 35,000 feature films on the film festival circuit every year, by some estimates, very few films are going to premiere at one of the top 5 film festivals. When that happens, filmmakers need to decide what is the best launch for their film. We concluded that in the case of the Joffrey film (and we feel that this is the case for many films), some form of robust live event premiere would help to create awareness for the film in the oversaturated media landscape. Live events are great publicity generators, allowing you to focus marketing efforts on a specific event. Festivals are great partners for these types of events – even if you don’t get into a top 10 festival – because you can create a unique experience by partnering with an open minded and adventurous festival that is already connected to press and audiences.

In creating a live event premiere, you need to consider the following:

1.  A premiere that will reach your audience.

Very early in creating our distribution strategy, we identified ballet fans (and more specifically fans of the Joffrey ballet and even more specifically the alumni of the Joffrey ballet-more on audience identification in a later post) as the natural audience for Joffrey: Mavericks of American Dance.  Sure, there are other audiences for a film like this – but it is essential to go after who will be the most passionate about seeing the film.   For this reason, we targeted the Dance on Camera Film Festival which not only is one of the premiere dance film festivals in the world, it is based in New York City — the birthplace of the Joffrey ballet and the center of the dance world in the United States.

2. Creating an event that will garner attention for your film.

Festivals have many films to care for and promote as well as promoting the brand of the festival in general and often they have a small staff to accomplish all of this.  There is a lot for the media to choose from for coverage. What will make your film unique and interesting to cover? We decided early on to partner with Emerging Pictures to simulcast the screening of Joffrey at the DOC festival not only to reach a nationwide audience, but to create a larger story for the press to pay attention to.

Emerging was a natural choice because they screen live ballet performances from Europe through a digital network of cinemas throughout the US, so their cinemas already have an audience for this type of programming. They also have the technology in place at Lincoln Center that enables a netcast to happen so the venue and the festival wouldn’t have to figure out the logistics of the simulcast.

Even though a festival premiere is an event in and of itself, that is not always enough to attract attention from the media or from audiences. You should always strive to create your live events to be as unique as possible, both from the perspective of media coverage and from the perspective of the audience, to create that need to attend.  Many subjects in the Joffrey film are iconic dancers in the ballet world, what ballet fan would not want to interact with them? We created a post screening panel of former dancers that the audience in the theater could interact with and meet after the screening, but we also enabled audiences even across the country the ability to interact as well.

Having this panel discussion netcast live to theaters around the country allowed audiences in to ask questions of this panel as well as interact with each other via Twitter using the hashtag  #joffreymovie — creating a unique event not only in the Walter Reade Theater in New York City, but in 44 other cities around the country at the same time. This is also a unique event for media coverage because so few films take advantage of the technology today that enables something like this to happen and having such a concentration of iconic dancers in one place makes this newsworthy.

3. The budget you have to work with.

We have a modest budget for the release of Joffrey so we had to do a lot with limited means. We have a small staff handling publicity, audience outreach, booking screenings and organizing merchandise sales. Bearing this in mind, we needed the most bang for the effort because we launched the film into the market during our festival premiere. We won’t have separate budgets for festival publicity and then release publicity in order to start selling.

Utilizing the Emerging network only costs at most $1000 (which can be taken off the top). Similar satellite systems through companies like Fathom and Cinedigm can cost $75,000 to $250,000 because of the cost in satellite time.

In addition, by covering much of the country at the same time — it allowed us to pursue reviews and articles in multiple markets — thereby we made most effective use of our publicity budget.

4. Creating assets before and during the release.

In another post, we will talk at length about the need for additional media assets to promote your film and all of the ways we have done this. One way that you can garner additional assets during release is by filming and documenting your events. You want to film the event itself — outside the theater, crowd shots, audience arriving at seats, applause, the audience watching the film during the screening and the entire Q&A. Very important to capture audience expectation before and reaction after the screening. I recommend having two cameras so that one can be filming the Q&A and the other filming the crowd reaction outside. You also want a photographer shooting the event if possible.

What you film can be utilized in a number of ways:

•    Short promotional videos that you can release on your Youtube channel to promote the film.  For the premiere we created two videos.  The first is about the film, opening night and audience reaction.

The second piece, which we are now premiering with this article, concerns the simulcast of the film and the audience participation.

•    Still photography of the people and personalities at the event (especially those that are interesting to your core audience and some that may be interesting to society pages and other publications).

•   Longer pieces of the Q&A panel discussion or even of just the filmmakers in conversation.  You can use these on your extra features.  Since our extra features have already been locked and since we have received numerous requests from people around the country to see these panels, we are going to put the full-length panel discussions up on the web on Distrify and charge a dollar or two for the viewing as an additional revenue stream.

5. The need to have the next steps planned.

Many times filmmakers are so busy planning their premiere, they neglect to prepare for what will happen after this. Where will all of this publicity attention go? In the past, they hoped it led to a distribution deal, but that cannot be relied upon now. There is no reason that direct distribution should not be the next step and that some kind of event theatrical screenings can be booked. In the lead up and following our premiere, we have booked over 20 other screenings and we continue to set up screenings.

We also launched our online store just after the premiere and have sold several thousand dollars in DVDs/merchandise. Don’t let the efforts and the financial resources you put into the premiere stall out from waiting. In a future post, we will talk about how we prepared for sales by setting up the web store and creating the merchandise.

We ended up screening in 45 cities throughout the US to launch the release of the film. A number of these screenings actually sold out. We received press articles and reviews in a number of major markets (even though the film was only screening once). Through TweetReach, we were able to quantify the exposure via Twitter for the event. According to our TweetReach report, our hashtag #joffreymovie reached 200,549 people through 270 tweets just on that day.  Some of the comments we received through twitter:

“#joffreymovie Santa Fe, NM - our audience loved it, thank you so much! congrats on premiering a new, high tech way of running a Q&A!”

“The excellent #joffreymovie & panel yesterday @danceoncamera made me wistful for @joffreyballet of old. I loved taking class w Mr. Joffrey.”

The release continues and we will provide some in depth posts on this site of the different methods we have used to reach audiences and generate awareness and sales for the film.