At Tribeca, the phrase "sold out" is not in our lexicon. If the screening you want does not have any more tickets available, check out our Rush Tickets policy and try your luck. Also, all Rush Tickets at BMCC TPAC are only $8! 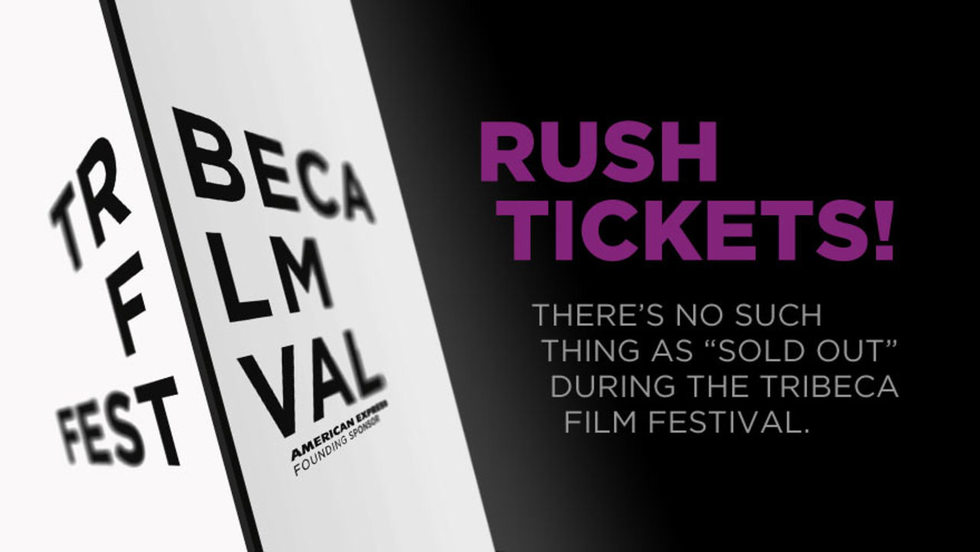 While many Film Festivals simply close the door when tickets for a screening sell out in advance, that is not the case at Tribeca. Instead, to make each film accessible to as many movie fans as possible, Tribeca uses a Rush Tickets policy.

Rush Tickets are not discounted*, and Tribeca can't guarantee that if you're on the line, you'll be able to get in. That being said, if you show up 45 minutes in advance, your odds look all right. And let's face it—if a film's screening is limited to Rush Tickets, there's probably a reason it's so popular.

So pass the time with a magazine, catch up with friends on social media, or simply enjoy the scenery. How long is 45 minutes, anyway?

*The exception is all Rush Tickets at BMCC's Tribeca Performing Arts Center. ALL rush tickets sold at TPAC—including some red-carpet events—will be half price at $8! And it's a big theater, so why not try your luck?