Ranked: The Best Woody Allen Movies of the Post-2K Era

From 'Small Time Crooks' to 'To Rome With Love' and every 21st Century Woody film in between, ranked by our expert panel. 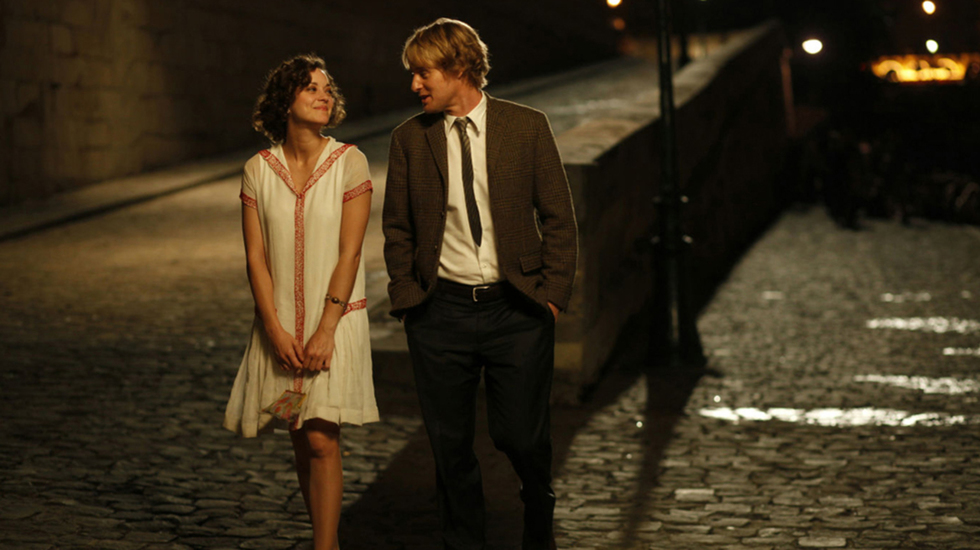 Blue Jasmine will be Woody Allen's fourteenth film of the 21st Century. It's an era that has taken the legendary director from depths to heights (and across much of western Europe). On the occasion of his latest, we've assembled an all-star team of movie experts from around the internet to rank his post-2K output. Our panelists submitted their ranked lists and the results have been tallied to arrive at these ultimate rankings.

Your panelists: from Deadspin, Will Leitch; from Huffington Post, Christopher Rosen; from The Film Experience, Nathaniel Rogers; from Hitfix, Guy Lodge; from Film.com, Daniel Walber; from VH1, Mark Graham; and from right here at Tribeca, Karen Kemmerle, Arthur Ryel-Lindsey, and yours truly.

#13: Curse of the Jade Scorpion (2001) : An attempted stylistic throwback to Screwball Woody that got caught up in the Great Helen Hunt Backlash of the early 2000s.

"I used to call this Woody's nadir and found it nearly unwatchable with Helen Hunt being Woody's first (but not last) female lead who just couldn't sell his comic cadences." - Nathaniel Rogers

#12: You Will Meet a Tall Dark Stranger (2010) : Woody's fourth trip to London, after Match Point, Scoop, and Cassandra's Dream, was his least successful, at least according to our panel.

"My one overriding memory of this forgettable film is the really dynamite red dress worn by Frieda Pinto that made the permanently disheveled Josh Brolin practically lose his mind with desire. Oh, also worth the price of admission was the way that the always lovely and totally underrated Lucy Punch played the prostitute bride of Anthony Hopkins. " - Karen Kemmerle

#11: Hollywood Ending (2002): Debra Messing takes her turn among the impressive gallery of Woody Allen on-screen paramours, though between this and Jade Scorpion, the knives were out to carve up the corpse of Woody's career.

"Hollywood Ending gets points for the innate hilariousness of 'hysterical blindness' but loses points for everything else. A 114-minute reminder that Woody doesn't like Los Angeles." - Daniel Walber

#10: Whatever Works (2009) : A very old script (originally intended for Zero Mostel) was resurrected with Larry David as one of the better Woody avatars, though the creakiness in the bones of that script was unavoidable.

"It's trouble when a movie can't even be saved by Patricia Clarkson." - Christopher Rosen

#9: Anything Else (2003): Turning his eye to the youngs, Woody directed this tale of Jason Biggs romancing what was becoming a sadly typical Alen trope: the neurotic, unreasonable, nightmare girlfriend, this time played by Christina Ricci.

"Woody tries to go young to strange effect, but at least he wrote himself an atypical and funny character for himself" - Nathaniel Rogers

"One of Woody's better, subtler performances." - Will Leitch

#8: To Rome With Love (2012): The tour of the Continent continues, with this story of Jesse Eisenberg choosing between his boring girlfriend (Greta Gerwig) and her free-spirit friend (Ellen Page), despite the fact that casting either woman in the other's role might have been a lot easier to swallow.

"The Benigni segment is better than it's given credit for." - Will Leitch

"The image of Woody's character directing a production of Tosca entirely within a phonebooth is enough for me." - Daniel Walber

"Sneaky great cast (Woody on Sally Hawkins and Hayley Atwell long before mainstream Hollywood), and while not actually very good, at least it's different. I like when Woody changes it up." - Christopher Rosen

"This is a good movie. Maybe it's just a good movie because Vilmos Zsigmond is a great cinematographer and Colin Farrell and Ewan McGregor are very nice to look at." - Daniel Walber

#6: Small Time Crooks (2000): The crime comedy was an oasis of positive critical attention during a slump.

"Tracey Ullman does her best Judy Holliday, and it's a surprisingly funny success for an actress who usually works in such a different comic milieu. Also, how can a movie with both Elaine Stritch and Elaine May be anything other than wonderful?" - Daniel Walber

"Earns its place for Elaine May alone." - Guy Lodge

#5: Scoop (2006): In the immediate aftermath of Match Point's success, Woody stayed in London and stuck with new muse Scarlett Johansson, this time with a deeply silly comedy about a reporter (ScarJo), the ghost of a dead magician (Ian McShane), and a possibly murderous dreamboat (Hugh Jackman).

"Who knew that Scarlett Johansson and Woody Allen would make such a dynamic duo? You may think I’m joking, but I’m totally not. This romantic comedy/murder mystery got an unfair shakedown by critics when it should have been applauded for harkening back to past madcap-style Allen classics like Manhattan Murder Mystery and Mighty Aphrodite. Plus, any movie, that features Ian McShane as some sort of strange ghost sensei has to be top shelf stuff. " - Karen Kemmerle

#4: Melinda and Melinda (2004): This odd experiment featured Radha Mitchell in the title role, playing a woman whose life is presented in two possible directions, one dramatic and the other comedic.

"This is a shaggy dog, but again the cast is great. I'm not going to kick a movie with Chiwetel Ejiofor out of any top-five list." - Christopher Rosen

"I'll still watch anything Radha Mitchell is in, because of this movie." - Will Leitch

"I will always have a soft spot in my heart for Melinda and Melinda. The film explores two interrelated narrative trajectories—one comic and one tragic—which, let’s face it, mirrors the nature of life itself. This is one of the hidden jewels in Woody Allen’s filmography. " - Karen Kemmerle

#3: Midnight in Paris (2011): Woody's first Best Picture nomination since Hannah and Her Sisters came for this fantastical tale of expat Owen Wilson escaping his awful shrew of a wife (oh, Woody, really) and somehow into 1920s Lost Generation Paris. Audiences and critics were equally charmed.

"It was just a delight to watch this one unfurl. It'll hold up, I'm certain." - Will Leitch

"The fact that Corey Stoll did not receive an Oscar nomination for his portrayal of Ernest Hemmingway continues to baffle me to this day." - Karen Kemmerle

"It's his best movie outside of New York because it's really about why he left in the first place. False nostalgia is a beautiful idea, and I think this film (rather than To Rome with Love) is what helped him get ready to return to the US for Blue Jasmine." - Daniel Walber

#2: Match Point (2005): Escaping the confines of the States and giving London a try, Woody's career was instantly invigorated by this class-conscious drama about a social climber (Jonathan Rhys-Meyers) who finds himself embroiled in a game of sexual cat and mouse with Scarlett Johansson.

"Who knew that Woody was capable of directing one of the most tension-filled films of the decade? Many naturally compare this film to Crimes and Misdemeanors, but for me, the sexual chemistry between ScarJo (at her all-time hottest) and Jonathan Rhys Meyers was so off the charts that this film slides ahead for the pole position." - Mark Graham

"It's Crimes & Misdemeanors: Downton Abbey Unit, but so what? " - Christopher Rosen

"It's Scarlett Johansson's flushed, angry sexuality that spills most vividly out of this over-elegant morality tale, cutting through the irksome phoniness of its tidy classicism and the guidebook perspective of Woody's first trip to the British capital -- no Londoner can watch it without cringing." - Guy Lodge

#1: Vicky Cristina Barcelona (2008): Javier Bardem, Scarlett Johansson, Rebecca Hall, and Penelope Cruz make for a wondrfully sexy (and hilarious) quadrangle in this, Woody's best film of the 21st Century. Cruz took home the Oscar, and a well-deserved win it was.

"Woody's warmest, most literate script of the new century, not to mention his most scrumptious-looking movie in eons." - Guy Lodge

"It's always hilarious when Woody accidentally makes a sexy movie." - Will Leitch

"An incredibly good movie, which is just gravy since it would rank this high if only for Javier Bardem and Penelope Cruz. Woody, again, killing it with casting: Rebecca Hall has been on the cusp for a while, but she's never been better than in Vicky Cristina. Also, Chris Messina is in this, so that's win." - Christopher Rosen

"One of the best directorial decisions in Woody's career came in this film, when made the wise call to let Penelope Cruz speak most of her lines in her native Spanish. And in the sub-category of Woody's-films-as-travelogues, this is right up there with Manhattan. " - Mark Graham

"Beautifully risque and melancholy and moody and blessed with four wonderfully engaged and even sexy (yes in a Woody Allen!) performances. I wish it were 'gee-nee-us' but it's close enough." - Nathaniel Rogers