Home » Tribeca News » Why Are There So Many Guns on Movie Posters This Summer?
View All News

Why Are There So Many Guns on Movie Posters This Summer?

Look up the poster for virtually any action blockbuster and you'll spot at least one firearm. What's the deal? 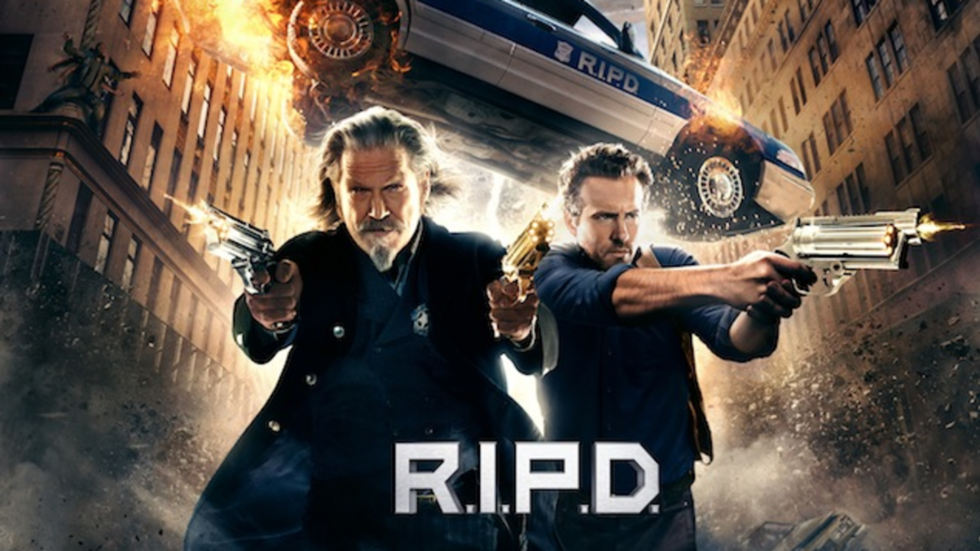 This morning at my train station, coffee in hand, bleary-eyed, I was treated to not one, but two separate photos of two men brandishing guns only a few feet from one another. In 2 Guns, Denzel Washington and Mark Wahlberg are popping off, back to back, surrounded by burning money with a helicopter menacingly hovering overhead; In R.I.P.D., Ryan Reynolds and Jeff Bridges, side by side, are carrying very big shiny futuristic guns. The guys with guns movie poster marketing technique is getting a bit tired.

This begs the question: Why are there so many guns on movie posters lately? Is this part of the aftermath of the failure of April's gun control legislation push? Hardly. The two charactes -- most often male buddy cops or buddy cowboy or buddy outlaws -- carrying guns in movie posters is by now a film cliche.

Of course, guns have been a part of movie posters for almost as long as there have been movie posters. However one falls along on the pro or anti guns spectrum, it is probably safe to assume that most people are against the glamorization of guns. And yet, at least now, this week, we have two very prominent movie posters glamorizing -- and there is no other way to describe it -- guns. And this in the shadows of the carnage in Newtown and the Aurora movie theater massacre.

It seems like the least that Hollywood could do in response to increasing gun violence is to go lighter on the gun glamorization in movie posters. Hollywood is famous -- infamous? -- for hypocritically calling for stricter gun control laws while, at the same time profiting from action movies with tons of guns, advertised, prominently, on posters in view of kids. And it should be noted that even if kids can't see the movies in question, they can see, and are in fact constantly surrounded by, the marketing of these films with guns.

There are so many ways to use the real estate of a movie poster to attract the interest of a potential filmgoer. Guns just seem like such low hanging fruit.

Hollywood may not be able to affect tea party infused Washington on this issue at the moment, but at the very least it could take the time to get its own house in order.

Perhaps the only answer to this incredibly vexing question as to why are there so many guns in movie posters is: Thumbs. Thumbs and Ammo, a sharp, visually witty blog that Photoshops versions of famous movie scenes with -- you guessed it -- upturned thumbs, makes a forceful statement cleverly defusing the intense Life-and-Deathiness of the issue.

"Real tough guys don't need guns," reads the blog's mission statement, "they just need a positive, can-do attitude." Swell and lovely! There are so many ways to use the real estate of a movie poster to attract the interest of a potential filmgoer. Guns -- especially when the majority of Americans believe in stricter gun control legislation -- just seem like such low hanging fruit. Marketing executives in Hollywood, who get paid the big bucks, can do better and can do smarter.