Welcome to Old New York...'Money and Violence' The Web Series

The fictional web series has garnered a cult-like following since debuting last August, amassing over 5 million YouTube views in the past month alone 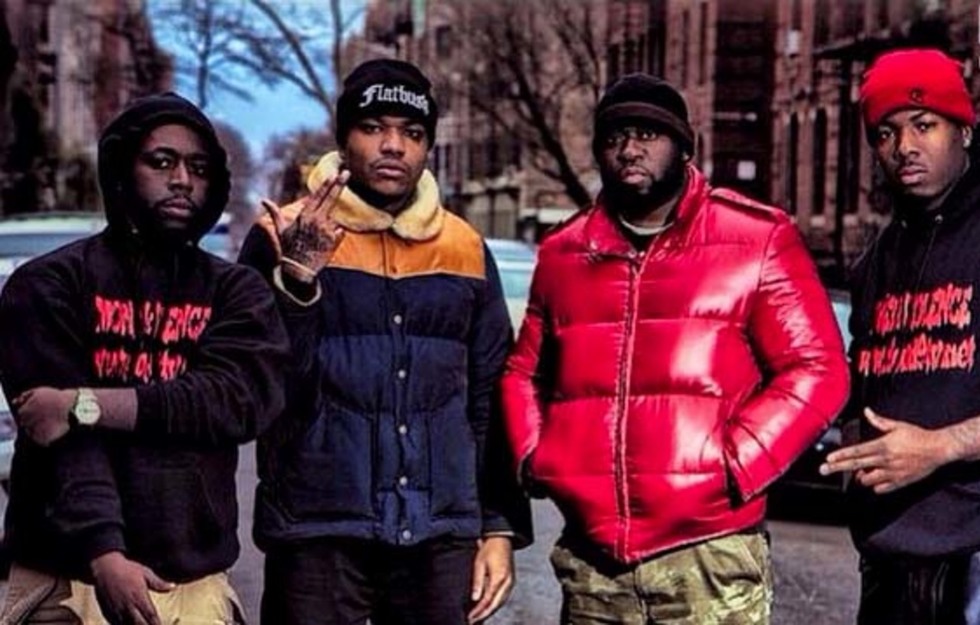 In a testament to its surge in popularity and local community support, the web series Money and Violence was recently named by New York City’s iconic hip-hop station Hot 97 as “the hottest shit in the hood right now.” The fictional web series has garnered a cult-like following since debuting last August, amassing over 5 million YouTube views in the past month alone, mostly spreading by word of mouth and the web series’ social media presence. The show bills itself as “a peek into the streets of Brooklyn,” and has already drawn comparisons to HBO’s famed series The Wire for its true-to-life portrayal of urban street life in Brooklyn, New York.

For many fans, the appeal is that the show is not a Hollywood version of their lived experiences. The series is not the “experience of the inner city” as told by a white writer. On the contrary, Money and Violence is the voice of a community that has too often had their humanity overlooked on the small screen.

Series creator Moise Verneau explained his approach in an interview with Hot 97’s Ebro Darden, “If I was to do a story about the urban jungle, I cannot do a story where everybody is working a nine to five because that’s not what goes on. I believe you can tell a story but what it is, is what perspective that story is told from. I can give you a story about drugs but rather than show you the joys and the pain—make it a lesson.”

Drawing on guerrilla-style camerawork by the first-time director, Money and Violence follows Brooklyn natives Rafe and Miz, two no nonsense burglars who specialize in one thing, robbing. The show introduces viewers to the streets of Flatbush, Brooklyn, and the diverse array of characters that inhabit the neighborhood. From shooters, to drug dealers, to those fighting to stay out the game, the series weaves through the stories of Brooklyn’s own as they struggle to survive in a dog-eat-dog world in which the only two things that are respected are money and violence.

Hollywood couldn't copy this even if they tried to, it's too RAW. Come take a look at the other side. #Flatbush #Brooklyn #NewYork as we know it. Over here they only respect #MoneyAndViolence #Episode6 #Tonight @ 8pm on www.cloud9tv.net #CatchTheCloud...
A photo posted by CLOUD9 TV (@cloud9tvshow) on Sep 9, 2014 at 6:33am PDT


The episodes immerse the viewer into the complex world of those on their grind, while at the same time humanizing its characters who are living day to day in an underserved working-class neighborhood.

In one especially powerful scene, as Rafe and his boy Cane are watching live news coverage of the grand jury decision not to indict New York City Police Officer Daniel Pantaleo, in relation to the death of Eric Garner, both men are visibly upset. After cursing in frustration, Rafe looks to Cane and says: “Black people in America man, we will always be visitors in someone else’s home. We cannot claim what is not ours. But what we can do is gain their respect. No matter how much authority someone has over someone. People do not mistreat those that they respect.”

Money and Violence shows us the realities of living through poverty in a hyper-policed community and the lengths to which people will go to survive.

“So what you saying is they don’t respect us?” Cane asks.

“Yo, we lost our respect a very long time ago during slavery and we have yet to win it back! Rafe shouts. “Because of our own actions they still look at us as animals. I mean, don’t get me wrong, because of the way I live I’m guilty of it too, but you cannot place me in a jungle and not expect me to be wild!"

The episode ends with Cane’s voice fading out as he laments, “This is bullshit man. First Mike Brown, then Eric Garner…this is bullshit.”

The thoughtfulness around the myriad of male characters offers a diverse palette of experiences to draw upon when showing the anger, pain, and fear of living outside the law. More than anything, Money and Violence shows the realities of living through poverty in a hyper-policed community and the lengths to which people will go to survive.

Verneau says much of the show’s content is inspired by experiences in his own life growing up in Brooklyn. While the series doesn't take a definitive moral stance on violence and crime, it does provide viewers with an authentic look into the complicated lives of those who hustle.

The series creator hopes the show can serve as a form of education for the younger generation without being too didactic in its approach. By making the stories relatable and truthful, his aim is to be able to reach an audience that might otherwise not be as receptive to his messages. Much more than being a show that glorifies violence and the allure of quick money, he says his goal is to tell a story that is real, while showing the good and the bad.

In a time where Brooklyn is now officially the most unaffordable housing market in America and the rise of gentrification seems unstoppable, some will forget that the majority of the borough's residents do not resemble those seen on HBO’s Girls. While the racial demographics of Brooklyn have been changing drastically over time to see less people of color, the majority of the borough is still non-white. Nevertheless, most contemporary web and television portrayals of Brooklyn are mostly white and upper middle class. Money and Violence seeks to diversify the playing field by telling the story of the other Brooklyn.


Verneau believes a lot of youth in the hood have adopted a money over everything ideology. “With money over everything principles go out the window, that means love, trust, everything goes out the window. We want to reacquaint the streets with the principals over paper, where it’s like we all need money because it’s a necessity and that’s what we need to live, but it’s not for us to put our principles to the side.” While many of Vernau’s viewers might be initially drawn to the series for its portrayals of gangster lifestyles, he hopes his underlining messages will shine through.

Perhaps the show’s biggest draw is its DIY production value, which includes episodes that look as if they were shot on a cell phone and performances by a cast of local Brooklyn residents, rather than trained actors. The show’s creator and cast will be the first to admit they had never acted, edited, or been behind a camera before the filming of the show. Verneau is also the writer, editor, director, and show’s lead character. He has said he learned to edit only months prior to the show’s premiere using YouTube tutorials. Still, despite the shaky cameras and grainy picture quality, the allure lies in its authenticity. The web series is written and performed by Brooklyn natives and this is reflected in the accents, slang, and music.

Roberto Soto-Carrión is a writer and educator who works and lives in Bushwick, Brooklyn.