Say goodbye to the days of combing through Netflix's seemingly endless pool of movies. 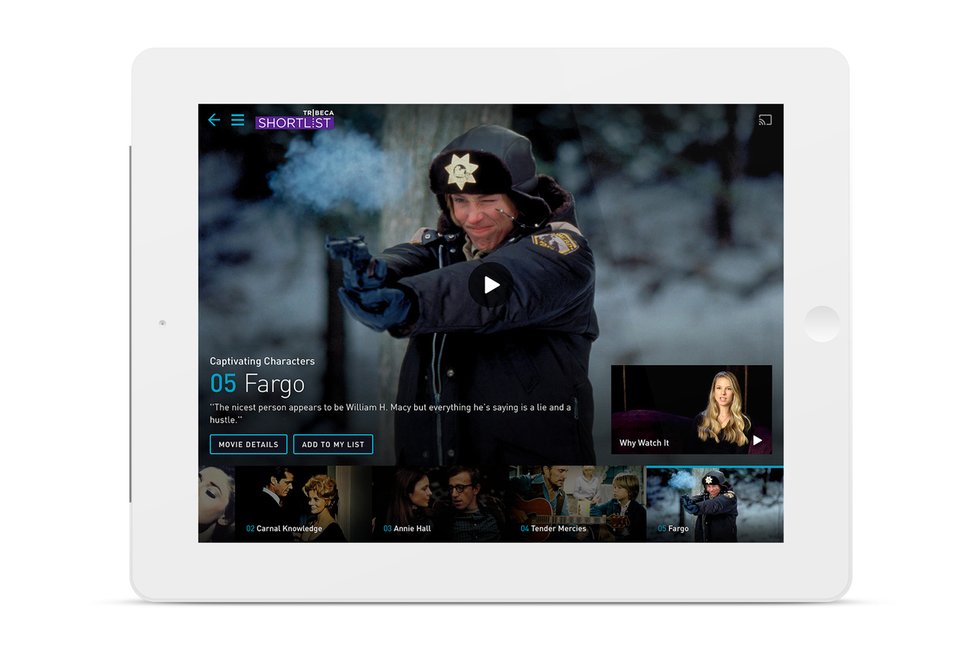 There's a reason why we've recently curated lists of the best woman-directed movies streaming on Netflix and the service's most essential films directed by black filmmakers. Scouring through Netflix’s library without any guided direction can be a real struggle. Based more on algorithms than human interaction, the site's catalog is vast, undiscerning, and difficult to navigate.

But now there's an exciting new choice. Tribeca Enterprises and Lionsgate have joined forces to create the streaming service Tribeca Shortlist, which launches today for the Web and mobile devices. For $4.99 per month, subscribers can peruse through all-killer, no-filler lists of films curated by a select group of "Shortlisters," or film industry influencers. And to keep things fresh, more than a third of Tribeca Shortlist's library will be updated every month.

"We're taking a more human approach to movie discovery for viewers who want to escape the search spiral and find a great movie fast," said Jeff Bronikowski, President of Tribeca Shortlist. "We've found great movies that we're offering to subscribers as part of a high quality, highly curated movie catalog with exclusive 'Shortlist' content that provides context and personal insight, like getting a recommendation from a trusted friend."