These ambitious creators and their groundbreaking creations are pushing the boundaries of online storytelling. 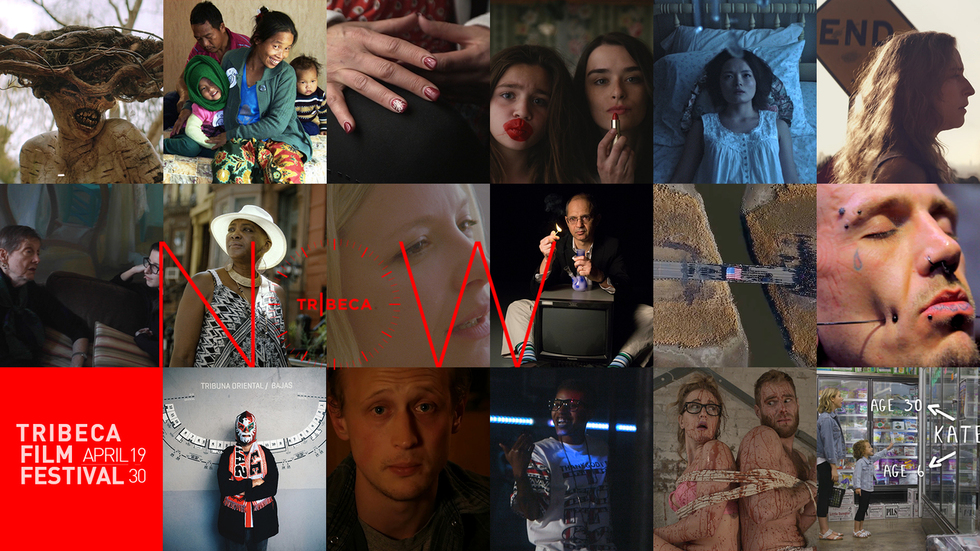 As a champion for emerging voices in film, the Tribeca Film Festival is thrilled to present the industry’s freshest talents and most original forms of storytelling in its Tribeca N.O.W. (New Online Work) section.

The N.O.W. Showcase curates a selection of ten independent, online creators’ latest work that will be shown at world premiere screenings before being made available online at TribecaFilm.com. In addition, a slate of N.O.W. Special Screenings will be followed by dynamic conversations with creators, talent, and special guests. And the private Creators Market pays it forward, bringing together online storytellers looking to pitch new projects with a curated group of industry leaders interested in engaging up-and-coming online talent.

This year’s N.O.W. Special Screenings features Awake, A Dream From Standing Rock, executive produced by Shailene Woodley and pictured below. The film captures the story of the Standing Rock Sioux tribe’s peaceful resistance against the North Dakota Pipeline that captured the world’s attention and changed the fight for clean water and the future of the planet. A live discussion with filmmakers Josh Fox and James Spione (both Tribeca alums and Oscar nominees), along with their co-director Myron Dewey, follows the screening.

Other N.O.W. Special Screenings include:

• A slate of poignant short documentaries from the the New York Times' celebrated Op-Docs online series that explore struggles faced by everyday citizens, providing a window into universal experiences. A moderated conversation with the filmmakers will follow after the screenings.

Undue Burden, directed by Gina Pollack. When you live in a state with laws that restrict access to abortion, an unwanted pregnancy is only the start of your difficulties.

Taller Than the Trees, directed by Megan Mylan, tells the story of a Japanese man's struggle to parent his young child while providing palliative care for his aging mother.

• CryptTV's Monster Madness is a slate of some of the best character shorts from the scare-makers at CryptTV. The digital brand proudly embraces the horror lifestyle with its motto, “weird is good” and the evening's lineup delivers.

The slate includes the story of a child's toy that reveals horrors around every corner of a suburban home, the tale of a terrifying protector of the bullied, and the real-life account of a man whose body is stretched and pierced into a piece of daring art.

• Out of This World: Female Filmmakers in Genre is an evening of three diverse works from women filmmakers working in the online sci-fi film realm.

From post-apocalyptic love (YOYO, directed by Nicole Delaney) to telekinetic mother-daughter relations (Two Sentence Horror Stories: MA, directed by Vera Miao) to an unseen predator in a mining town (Pineapple, directed by Arkasha Stevenson), these stories from up-and-coming online collectives DUST, Stage 13, and Adaptive Studios, artfully skew everyday life into the bizarre and visually fantastic. A moderated conversation with the women behind the lens of these films will follow the screening.

• Rounding out the opportunities for online storytellers is the second annual Creators Market, designed to foster connection and collaboration between online creators and industry players. The daylong, private industry event will bring emerging creators under one roof with buyers, producers, and brands looking to support the creation, sale, and distribution of new online works.