Sean "Diddy" Combs aka Puff Daddy has announced a celebratory performance alongside some Bad Boy originals. 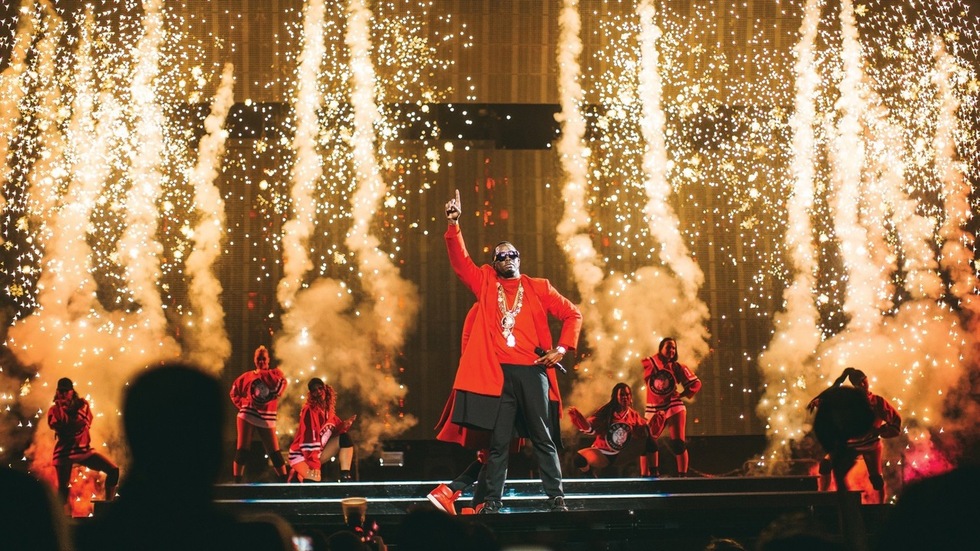 Following last week’s news that Sean “Diddy” Combs aka Puff Daddy will premiere his Can’t Stop, Won’t Stop: The Bad Boy Story documentary at the Tribeca Film Festival, the music mogul announces an exclusive one-night-only performance at the screening eventalongside Bad Boy Entertainment’s finest – multi-platinumaward-winning artists “First Lady of Bad Boy” Faith Evans,“Queen Bee” Lil’ Kim and Mase. Following 2016’s massively successful Bad Boy Family Reunion Tour, the performance will once again reunite members of the Bad Boy family for a night celebrating the storied heritage of the iconic label. Combs will return to the home of Bad Boy Entertainment, taking the stage at New York’s historic Beacon Theatre on Thursday, April 27 as part of the documentary’s premiere at the 16th Annual Tribeca Film Festival, presented by AT&T. Tickets will go on sale to the public tomorrow, March 21 at 10am ET via TribecaFilm.com/Festival and Ticketmaster.

“New York is home. This is where Bad Boy began, where the movement started. There was never a question in my mind that this film would premiere right here where it all started,” says Combs. “This is the story of our family - the biggest names in hip-hop history – and what happens when we came together for the first time in two decades. There were ups and downs, a lot of hard work and sacrifice – and more than anything, you see that love that only exists in a family."

Directed by Daniel Kaufman and produced by Live Nation Productions, the film is a raw and exclusive look behind the scenes at the history and legacy of Bad Boy through a complex portrait of the label’s mastermind, Combs, as he tries to reunite his Bad Boy Family in the course of a frantic three week rehearsal period. As the biggest names from Bad Boy’s history prepare to celebrate the label's twentieth anniversary, the film traces the label’s emergence in Harlem and Brooklyn, follows its meteoric rise, explores the tragic killing of Biggie Smalls, and celebrates Bad Boy’s influence in reshaping music, fashion, marketing and culture — all while revealing the love and commitment that form the bonds between the Bad Boy family. The film culminates with the May 20th and 21st, 2016 performances at the Barclays Center in Brooklyn when these iconic artists, including Puff Daddy, Lil' Kim, Mase, Faith Evans, Mario Winans, 112, Total, Carl Thomas, and The Lox, performed hit after hit to the sold out crowd.

2016’s Bad Boy Family Reunion was met with a frenzy of fan demand when thousands took to the web to purchase tickets, effectively shutting down ticketing sites and selling out the first night in only seven minutes. The two-night event also garnered a massive amount of critical acclaim, with the New York Times describing the reunion as "an ecstatic three-hour-plus ramble through the crossover hip-hop hits of the 1990s and 2000s" and "a celebration of the family tree that links Mr. Combs not just to the artists he signed and produced, but also to the rest of New York hip-hop." Pitchfork declared the reunion, “a once-in-a-lifetime show… the throwback event of the season,” while VICE hailed the performance, “the mother of all hip-hop reunions.”