The world-renown DJ/producer showed Tribeca what he does best at last night's premiere screening and live performance. 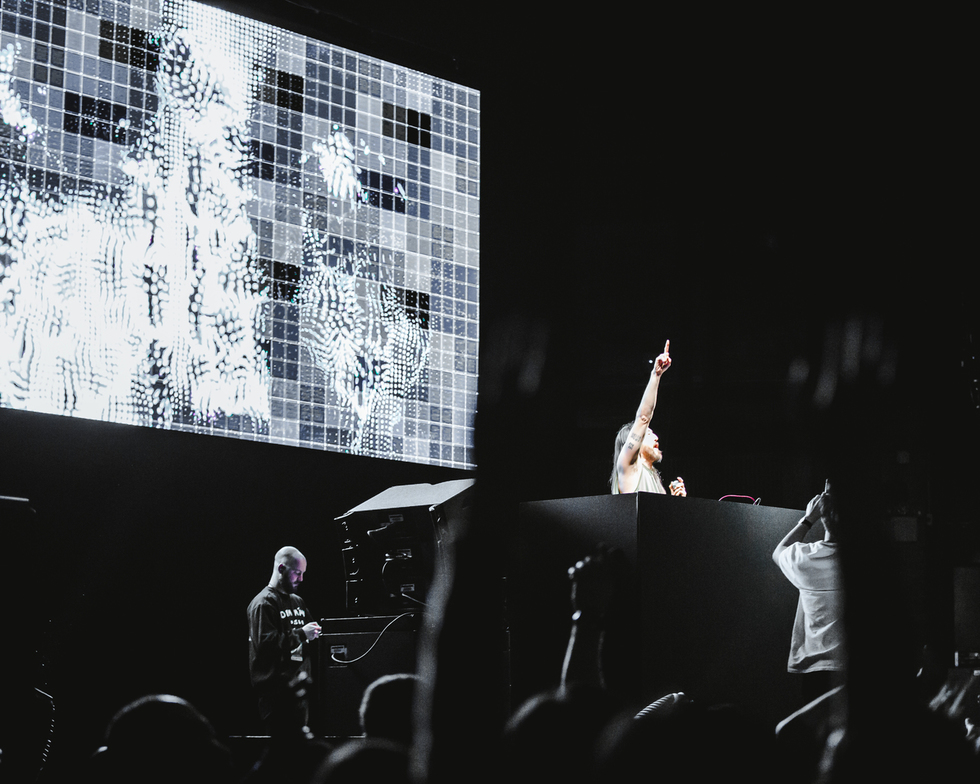 In I'll Sleep When I’m Dead, the new documentary from director Justin Krook and producer David Gelb (who directed TFF 2011 breakout Jiro Dreams of Sushi), EDM superstar and film subject Steve Aoki recites a quote that his late father, Benihana founder Rocky Aoki, said to him when the now-celebrity DJ was a kid: "If you're afraid of dying, you're afraid of living.”

Anyone who's ever seen a Steve Aoki performance knows that the Japanese-American dynamo lives more loudly and enthusiastically than most. I'll Sleep When I'm Dead, which premiered at the Tribeca Film Festival last night, inside the Beacon Theatre, reveals why Aoki constantly gives 100% of himself to everything he does: He just wants to make his hugely successful and influential father proud.

Those in attendance at the Beacon can attest to one thing, for sure: Mr. Aoki would've been impressed by what his son did in front of a packed Tribeca crowd. After the film ended, Aoki performed a live set, energetically merging the film world with his larger-than-life, tear-the-roof-off dance music culture.

Click through slideshow above for an exclusive photo gallery from last night's I'll Sleep When I’m Dead post-screening DJ set.

Bonus: Our exclusive interview with Steve Aoki about the experience of getting so personal in I'll Sleep When I'm Dead.