The excellent documentary, about Stretch Armstrong and Bobbito's seminal NYC radio show, hit digital platforms this week. Toast to the hip-hop pioneers with this exclusive Spotify playlist of classic songs that defined their era. 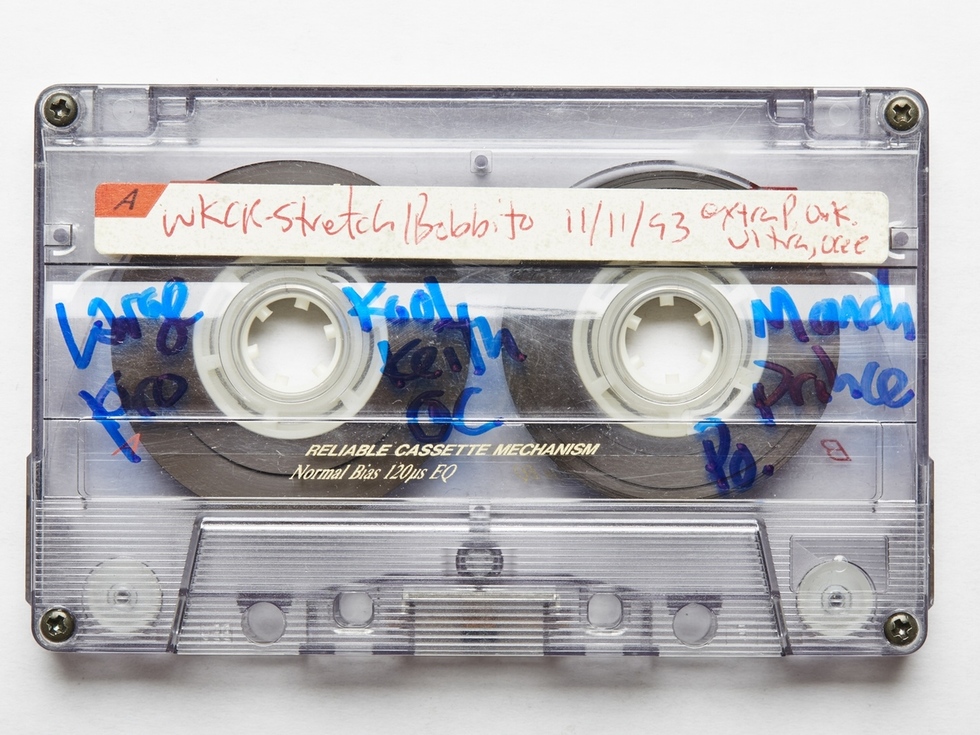 Ask any '80s or '90s baby from the Tri-State area to name the best rapper of all time and, chances are, you'll hear one of four answers: the Notorious B.I.G., Jay Z, Nas, or Eminem. Each of those iconic MCs' origin stories are legend at this point: Christopher Wallace and Shawn Carter both evolved from slinging drugs in Brooklyn into hip-hop royalty, the former dying way too young while latter is now an internationally revered multi-media mogul; Nasir Jones hustled his way through NYC’s underground hip-hop scene to become both Queenbridge's pride and one of the most gifted lyricists of all time; and Marshall Mathers battled through domestic, trailer park woes to defy the culture’s odds and blur color lines.

Yet there's a certain aspect of each of those game-changing rappers' backstories that unites them all, and has also gone largely under-acknowledged. Biggie, Jay Z, Nas, and Eminem all, in varying but similarly crucial ways, owe their careers to Adrian Bartos and Robert Garcia, better known as the seminal New York City hip-hop radio DJ Stretch Armstrong and his partner-in-the-booth/show’s host Bobbito. All of the aforementioned MCs, like so many other aspiring rappers throughout the early ’90s, were legitimized by both freestyling and having their earliest songs premiered on The Stretch Armstrong and Bobbito Show, the disc jockey duo's late night radio show broadcast on Columbia University’s WKCR, 89.9 in NYC. The show, which aired from 1 a.m. to 5 a.m. on Thursday nights, was a training ground for some and a gateway to superstardom for others.

To this day, 30 of the artists for whom Stretch and Bobbito paved the way have sold upwards of 300 million records. But only the most hardcore and knowledgeable of rap junkies knows that. It's been downright criminal how overlooked Stretch and Bobbito have been within the bigger picture of hip-hop's most formative years and the careers of its biggest names. Thankfully, though, those days of non-recognition are over.

Taking matters into his own hands, Bobbito directed the new documentary Stretch & Bobbito: Radio That Changed Lives, which recently ended a limited run in NYC at the Brooklyn Academy of Music (or, simply, BAM) and is now available to buy digitally, on Vimeo. Hugely entertaining, often hilarious, and altogether informative and passion-fueled, the film chronicles the duo's storied history through their own firsthand accounts as well as recollections, anecdotes, and testimonials from your favorite rappers and your favorite rappers' fave rappers: Nas, Jay Z, Eminem, Busta Rhymes, Redman, Fat Joe, Talib Kweli, Q-Tip, El-P, Raekwon, and several others. Rather than shooting dull on-camera interviews, Stretch and Bobbito sit down with the artists, who they consider to be legit friends, and playfully reminisce about the good old days, with some, namely Jay Z and Nas, listening to freestyles they recorded on the radio show over 20 years ago with surprise and genuine joy.

Radio That Changed Lives is a hip-hop trivia fiend's dream come true. There are rare audio clips of pre-36 Chambers demo tracks from the Wu-Tang Clan; a before-Illmatic version of Nas' "It Ain’t Hard to Tell"; archival video footage of Ghostface what would become his "Criminology" verse in Stretch and Bobbito's studio; and, perhaps the film's crown jewel, a recording of a 16-year-old Notorious B.I.G. freestyling over Cypress Hill’s "Hand on the Pump" beat.

For rap fans who remember the days before easy Internet access and streaming services, back when iTunes wasn't even a thought in Steve Jobs' mind and stores like Nobody Beats the Wiz and Sam Goody were the major suppliers of cassette tapes and CDs, Radio That Changed Lives is the ultimate nostalgic celebration; for rap heads who love Fetty Wap and haven't the slightest clue about Das EFX, it’s an invaluable history lesson packed with the kinds of rap music that oozed with grit and didn't feel superficially engineered strictly for record sells with radio-friendly choruses.

In honor of Radio That Changed Lives' digital Vimeo release, TribecaFilm.com presents this specially curated Spotify playlist that’ll send you back to the days when hip-hop was gaining its life-force inside the walls of Columbia’s WKCR studio. You'll hear one of Jay Z's earliest freestyles; be introduced (or reintroduced) to Big L, a.k.a. the incredible Harlem rapper who could’ve been Jay Z had he not been killed in 1999 at the age of 25; the early Nas' verse that generated the pre-release hype around Illmatic; a then-unknown Eminem’s underground ode to horror cinema; and a string of hard-body '90s NYC hip-hop records that deserve a revival.

And now, to paraphrase the immortal words of Mr. Nasir Jones, go ahead and take a trip down memory lane...