Home » Tribeca News » What to Do Today: April 14
View All News

We’ve created this simple guide for today’s Tribeca 2016 films and events that still have tickets available. 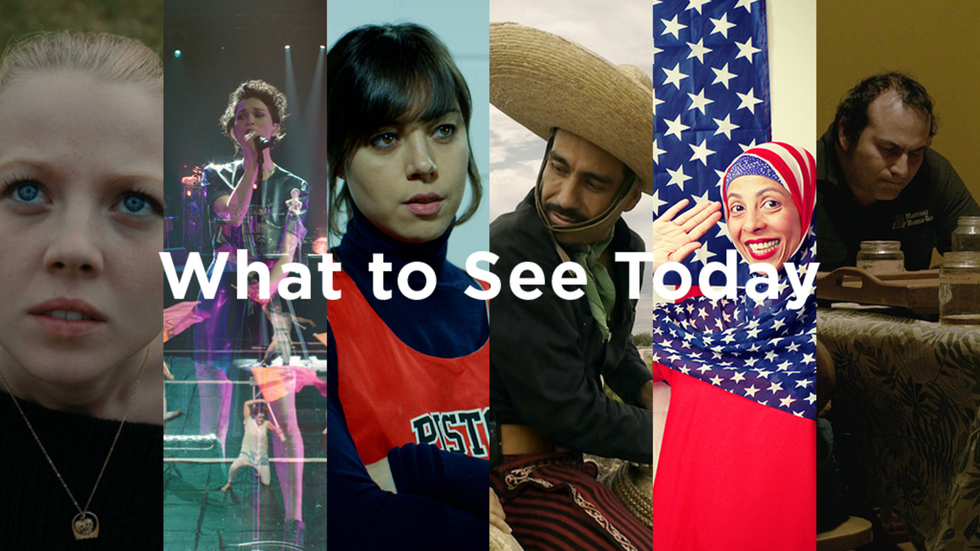 Section: Shorts Program
Looks are deceiving as we traverse the globe in search of the truth.
BUY TICKETS HERE.

• Operator, directed by Ben Hakim, written by Lior Zalmanson. (Israel) – International Premiere. A single mom works as a human drone operator, killing people on a daily basis in order to make a living. How much of it all does she take home? In Hebrew with subtitles.

• One Good Pitch, directed by Parker Hill, written by Parker Hill and Evan Ari Kelman. (USA) – World Premiere. After some time apart, Andrew hopes that a game of catch will help him reconnect with his father.

• Winds of Furnace (Aire quemado), directed and written by Yamil Alberto Mojica Quintana. (Mexico) – World Premiere. In a half-urbanized community in the Mexican tropics, Santiago and his friends, Antonio and Miguel, are having a fun afternoon sharing jokes, pranks, and dreams as they straddle the boundary between childhood and adult life. In Spanish with subtitles.

• Balcony, directed and written by Toby Fell-Holden. (U.K.) – North American Premiere. In a neighborhood rife with racial tension, a local girl falls for a recent arrival who is the victim of prejudice and shame. In Dari, English with subtitles.

• Catch a Monster (Coger Un Monstruo), directed and written by Michael Y. Lei. (Bolivia, USA) – World Premiere. A lonely boy finds himself trapped in a dark fantasy come alive in the streets of La Paz, Bolivia. In Spanish with subtitles.

• Shok, directed and written by Jamie Donoughue. (Kosovo, U.K.) – New York Premiere. The friendship of two boys is tested to its limits as they battle for survival during the war in Kosovo. Based on true events. In Albanian, Serbian with subtitles.

Pistol Shrimps
Directed and written by Brent Hodge. (USA, Canada) – World Premiere, Documentary.
Sometimes girls just wanna have fun…and ball. Brent Hodge (A Brony Tale, TFF 2014) and Morgan Spurlock (Mansome, TFF 2012) introduce us to an eclectic group of women who play in an LA recreational basketball league, focusing on the Pistol Shrimps, a rag-tag group of actresses (including Aubrey Plaza, Parks and Recreation), comedians, musicians, and mothers who brought nationwide attention to the league that could.
BUY TICKETS HERE.

For the third year in a row, Tribeca N.O.W. (New Online Work) recognizes and celebrates the next generation of storytellers who choose to create and share their work in the online space. The Episodic program features five creators who have independently produced original new web series. This program will be world premiering new work from a number of these brilliant creators. Followed by an extended Q&A.

Actor Martinez
Directed and written by Nathan Silver and Mike Ott. (USA) – North American Premiere, Narrative.
Arthur Martinez is a computer repairman and aspiring actor who commissions indie directors Mike Ott and Nathan Silver to film his life. In the directors' first collaboration, we see them follow Arthur as he goes to work, drives around, and auditions for a love interest (Lindsay Burdge), leading them to question the meaning of the project, and ultimately that of identity and stardom.
BUY TICKETS HERE.

TRIBECA TUNE-IN: With media support from Vulture the entertainment and culture site from New York Magazine

Grace and Frankie (Netflix) sneak screening of two episodes from season 2
Jane Fonda and Lily Tomlin star as Grace and Frankie, two women whose lives are suddenly turned upside down when their husbands Robert and Sol reveal they are gay and leave their wives for each other. Both sparring partners and partners-in-crime, they form an unlikely bond to face an uncertain future together and discover a new definition of "family," with laughter, tears and plenty of mood enhancers along the way.
After the episodes: A conversation with stars Jane Fonda and Lily Tomlin, and producer Hannah K.S., moderated by Gayle King.
TIME: 5:00 p.m.
LOCATION: SVA1
BUY TICKETS HERE.

STORYSCAPES, presented by AT&T
Storyscapes projects at the 2016 Festival, open April 14-17, feature both installations and VR. The program includes projects that grapple with issues of racism, violence and harm inflicted on our planet, combining the excitement of these new immersive mediums tempered with the urgency of a world on fire. It is in turns thrilling, upsetting, shocking and wonderful, much like the world we live in. Read more about Storyscapes here.
TIME: 12 PM- 11PM
LOCATION: Festival Hub
BUY TICKETS HERE.