We’re thrilled for the 5 outstanding TFF documentaries (including 4 that had their world premieres at the festival) that have been selected to the 2015 Oscar Shortlist. 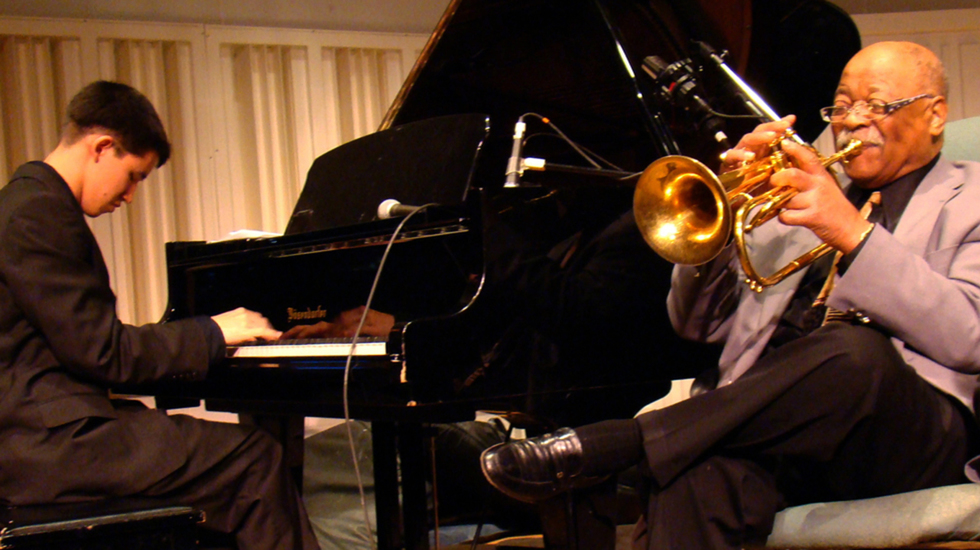 Please join us in congratulating the 5 (!) TFF films that just made the 2015 Oscar shortlist in the Best Documentary Feature category: Art and Craft, Keep On Keepin’ On, The Kill Team, The Overnighters and Virunga. 4 of these exceptional films celebrated their world premieres at the Tribeca Film Festival (The Overnighters was screened at Sundance).

TFF audiences can hardly be surprised that these 5 films have been deemed Oscar worthy since many of them garnered festival awards as well. Alan Hicks’ moving Keep On Keepin On,’ which explores the relationship between legendary trumpeter Clark Terry and blind Jazz prodigy Justin Kaulfin, won the TFF 2014 Heineken Audience Award for Best Documentary Feature (Hicks was also named Best New Documentary Director).  At TFF 2013, Dan Krauss’ devastating The Kill Team won the Best Documentary Feature prize for its examination of an unthinkable war crime from the perspective of the soldiers who perpetrated it.

Our friends at Tribeca Film Institute also have reason to celebrate! The crucial support that filmmakers Sam Cullman and Jennifer Grausman received from the TFI Documentary Fund made it possible for them to film the fascinating Art and Craft, a documentary about notorious art forger Mark Landis that was introduced to the world at TFF 2014. Though it did not screen at the Festival, Ryan White and Ben Cotner’s in depth look at the fight for same-sex marriage in The Case Against 8  was a recipient of Gucci Tribeca Documentary Fund.

While the competition on the shortlist is fierce—Laura Poitras’ Citizenfour, Charles Siskel and John Maloof’s Finding Vivian Maier and Steve James’ Life Itself are also among the 15 shortlisted docs—we hope to be providing more good news when nominations are announced on January 15.