Congratulations are in order for these seven TFF premieres, which you'll be hearing a lot more about in the coming months. 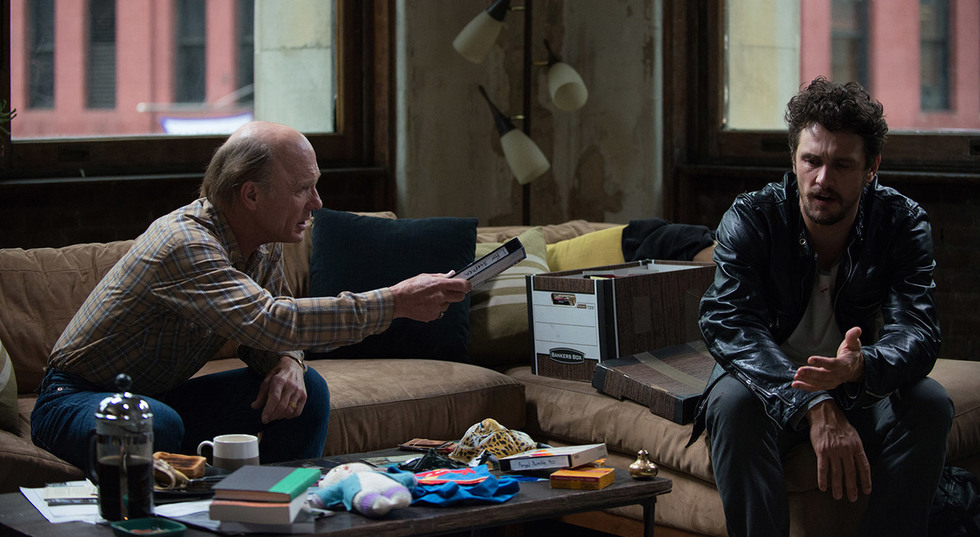 The biggest winners at the 2015 Tribeca Film Festival were, of course, you, the cinema buffs who got to hear titans like George Lucas and Christopher Nolan talk shop, see the cast of Goodfellas reconvene, and witness Monty Python’s silliness in-person. Those were some of the marquee events, but a true independent film junkie knows that festivals are really designed for the DIY filmmakers who’ve scraped tooth-and-nail to finish their movies, and, hopefully, show them to more people than just their parents. For many of them, TFF 2015 was their first big shot at success, and to achieve that success, they’ll need the proper distribution. They’ll need someone to show them the money.

The creative minds behind these films will tell you: seeing those dollars is a dream come true. Whether due to their audience responses, artistic merits, or commercial appeal, the following TFF 2015 premieres left Tribeca with distribution deals in place, and, with that, a guaranteed future inside movie theaters across the country and/or on VOD platforms. Their makers have just as much recent to celebrate, if not more, as the folks behind TFF 2015’s jury prize winners and Audience Award recipients.

Pro tip: you’d be wise to keep tabs on the following movies throughout 2015. 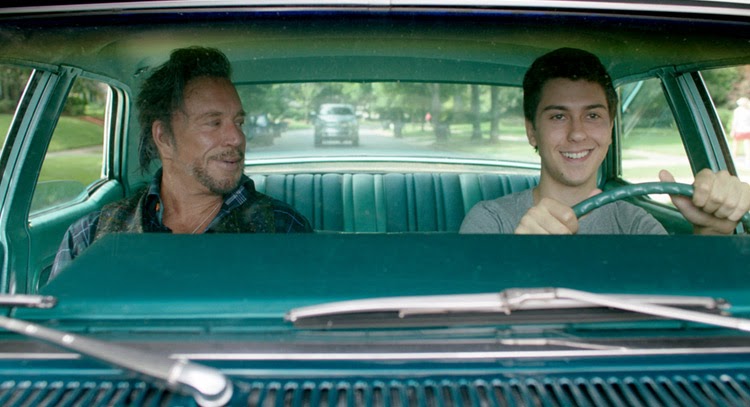 
Writer-director Tony McNamara puts an unexpected comic twist on the boy meets strange older neighbor story. Ed Wallis (Nat Wolff) cannot help proving that he is too smart for his new Virginia high school, where he is picked on by everyone save for that quirky girl Eloise (Emma Roberts). With his father unreachable and his mother June (Sarah Silverman) looking for her own connections, Ed turns to his neighbor Ashby Holt (Mickey Rourke) for help. Ashby’s unforgiving brand of tough love soon tests their friendship, and it hardly helps when Ed discovers that Ashby was once a CIA assassin.

Peppered with upbeat music and standout performances, especially by Wolff, Ashby is a spirited, self-referential update on Harold and Maude for a Taken generation. McNamara tackles what Ed calls “a fifties view of the world,” sending up the familiar tropes of bullies, disaffected teachers, pep talks, and more than one search for a father figure. He creates a pithy examination of manliness and identity, how we attempt to redefine ourselves for a fresh start or, at least, an honorable finish.

In addition to being NYC’s biggest indie film exhibition, the Tribeca Film Festival has earned a first-class reputation as a documentary powerhouse. Several past TFF docs have been nominated for Oscars, including last year’s Virunga. And who knows, director Steve Hoover’s politically minded doc Crocodile Gennadiy may join that list in 2016. It’ll definitely have the chance to do so—the film, about the tough-willed pastor Gennadiy Mohknenko and his efforts to remedy Ukraine’s child homelessness problem, sold to the on-the-rise indie distributor The Orchard. The company’s no stranger to the festival—last year, The Orchard acquired the TFF Midnight selection The Canal.

Sometimes, reality is even stranger than the most imaginative fairy tale. That was definitely the case in Overland Park, Kansas, last year, when tiny homes and pint-sized doors fit for fairies randomly popped up in a wooded walking trail in the town’s Firefly Forest, which already sounds like it should be in a Hans Christian Andersen story. Director Sharon Liese jumped on Overland Park’s odd phenomenon to make the short film The Gnomist, paying special attention to the incident’s impact on the wide-eyed residents.

It’s a bizarre little non-fiction work that CNN—yes, the company that’s on the complete opposite end of the spectrum away from fantasy—couldn’t resist. CNN Films and CNN Digital Studios has acquired The Gnomist to air their digi platforms this fall.

It’s no secret that Hollywood’s studio-made romantic comedies haven’t exactly been giving critics any warm or fuzzy feelings lately—to be frank, they’ve mostly been the cinematic equivalents to your worst Tinder dating experiences. Within the independent scene, though, rom-coms are on an upswing, with TFF 2015 entries like Sleeping With Other People and Man Up reminding audiences that romance isn’t dead on the big screen. Saban Films snatched up the latter, which stars Simon Pegg and Lake Bell as inadvertent benefactors of a blind date gone wrong, for theatrical distribution; meaning, you’ll soon have an anecdote for any impending new Katherine Heigl flicks.

It’s Oscar Isaac’s world these days, and movies lovers are greatly benefiting from that. The hugely talented actor is currently earning raves for his work in the indie sci-fi hit Ex Machina, in which he delivers the single greatest dancing moment you’ll likely see all year; he’s also a lead in the forthcoming Star Wars: The Force Awakens and the titular villain in next year’s X-Men: Apocalypse. Keeping his winning streak intact, Isaac was also one TFF’s high-points, giving a wild performance in writer-director William Monaghan’s pitch-black comedy Mojave, which the on-fire distribution company A24 has added to their roster, placing among recent genre knockouts like Spring Breakers, Under the Skin, and the aforementioned Ex Machina.

The Adderall Diaries
Distributor: A24

Speaking of A24, the company’s kept themselves extra busy at the festival this year, following up their acquisition of Mojave with the purchase of The Adderall Diaries, first-time director Pamela Romanowsky’s adaptation of author Stephen Elliott’s best-selling memoir. Understandably, The Adderall Diaries was one of the festival’s hottest titles, no doubt due to its heavy star power: James Franco plays a drug-addicted writer who reluctantly connects with bastard of a father, played by the great Ed Harris.

A24 isn’t the festival’s only repeat buyer. Saban Films, clearly looking to diversify their upcoming slate against the feel-good romantic comedy Man Up, also bought writer-director Michael Petroni’s supernatural chiller Backtrack, starring Adrien Brody as a mentally disturbed therapist battling against the ghosts both in his head and in the real world.

We get it—not everyone wants to watch overgrown bugs eat people. The cinephiles who think Stung sounds ridiculous will probably gravitate towards Sworn Virgin instead, and they’ll be happy they did. Acquired by art-house distributor Strand Releasing, Albanian filmmaker Laura Bispuri’s intimate drama follows Mark, who was born Lana and grapples with her native village’s must-honor tradition of remaining a virgin. In a time where transgender issues are front-page news (see: Bruce Jenner’s recent ABC News interview), Sworn Virgin opens the conversation up internationally.

When the issue of drug addiction comes up, people generally think about illegal narcotics like heroin or cocaine, but that's not the whole picture. Some of the most dangerous drugs on the market can be obtained by a mere visit to the doctor's office or the local pharmacy. In his latest documentary, co-directed with Josh Alexander and Greg Young, Bigger Faster Stronger filmmaker Christopher Bell turns his attention away from steroids and towards legal addictions. Prescription Thugs takes aim at the doctors and pharmaceutical companies that, unbeknownst to their clients, function as high-end drug pushers.