Home » Tribeca News » See 'The Birds' Under the Stars in NYC Tonight (Featuring Live Birds of Prey!)
View All News

See 'The Birds' Under the Stars in NYC Tonight (Featuring Live Birds of Prey!)

We kick off our Tribeca Drive-In series with a fiftieth anniversary screening of this classic Hitchcock thriller, complete with face-painting, hula-hoop contests, and a live falcon show! 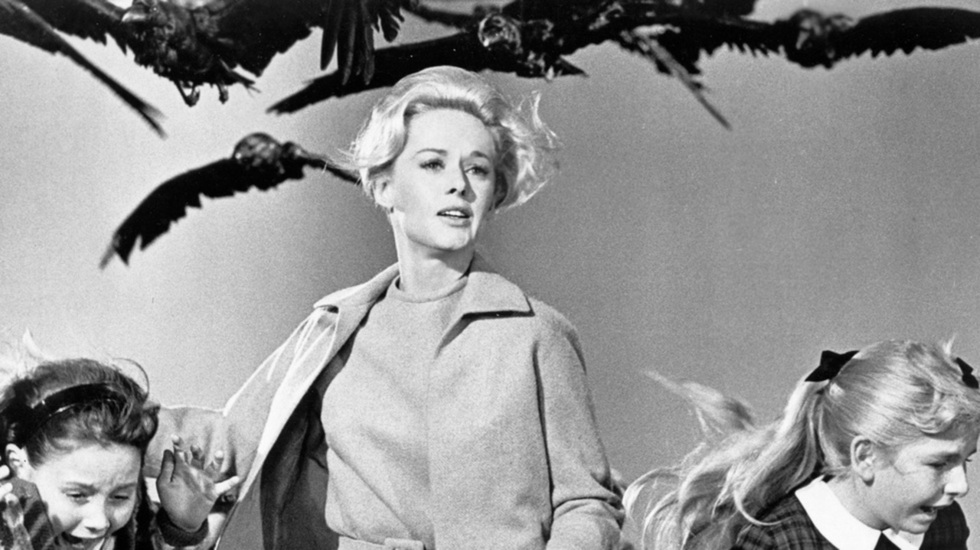 To open this year's Drive-In® series tonight, co-sponsored by AT&T and JetBlue, we're screening a movie that might make you flinch at every pidgeon you see on your way home: Alfred Hitchcock's The Birds. Starring a perfectly-coiffed Tippi Hedren as socialite Melanie Daniels, the film chronicles the sudden and unexplained vengeance of all the birds in the rural town of Bodega Bay, California. The making of this epitomal Hitchcock film was recently chronicled in the TV movie The Girl, but we prefer to let the film speak (and scare!) for itself. Check out Hitchcock's own whimsical intro for the film:

We'll be screening the film at 8:00 pm at Brookfield Place (World Financial Center Plaza). Make sure and get there early (starting at 6pm) to catch "Talons! A Bird of Prey Experience," featuring live falcons!

The film is presented courtesy of Universal.