A very Tribeca version of this weekend's indies: a bus driver's negligence disrupts a small town, a pair of brothers go on the run, a reclusive author stages his own kidnapping. 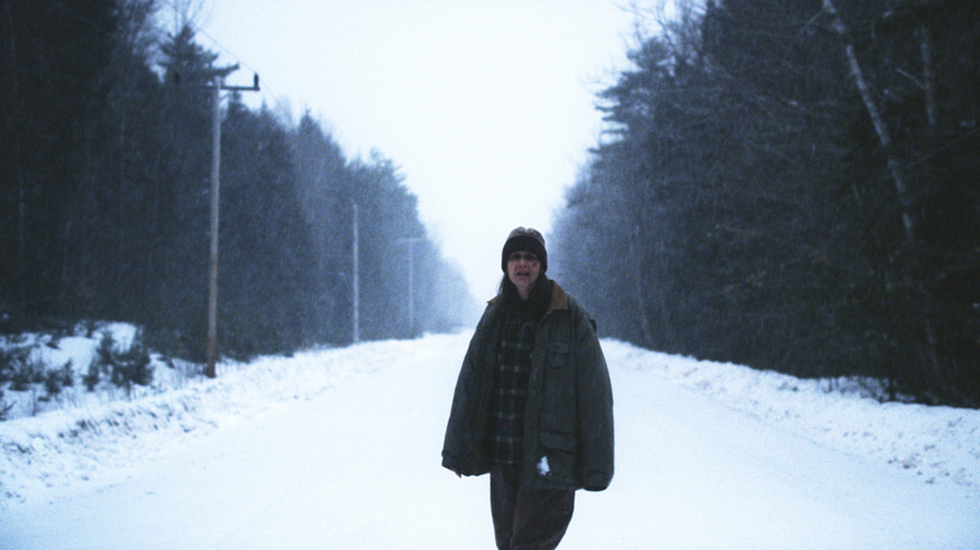 Bluebird: A TFF 2013 alum, Bluebird tells the story of a bus driver and a tragic moment of negligence that leaves a small child in the freezing cold overnight. The mistake disrupts the delicate balance of the small logging town in Maine, captured beautifully by cinematographer and NYU grad Jody Lee Lipes (Martha Marcy May Marlene). Featuring an impressive cast - Emily Meade, Margo Martindale, Adam Driver, John Slattery - Bluebird works as an ethnographic study of small industrial communities partially due to a slate of expert performances. After successfully crowdfunding a distribution budget, the filmmakers of Bluebird finally bring the movie to theaters this weekend. Bluebird comes to VOD and theaters in NYC and Chicago on February 27th.

Young Bodies Heal Quickly: From TFF 2014, Young Bodies Heal Quickly stars two brothers who find themselves in world of trouble after the accidental death of a young woman. It quickly becomes clear that the younger brother is just falling victim to his older brother's bad influence and his mother's blatant disregard for authority. Young Bodies Heal Quicky features cast of skilled young actors including Kate Lyn Sheil, who we spoke to earlier this year, as an estranged and equally disaffected sister. Shot on 16mm to bring a texture and nostalgia to the story, Young Bodies Heal Quickly will open on VOD platforms and play at Anthology Film Archives in NYC starting February 27. Check out the theatrical schedule here.

The Kidnapping of Michel Houellebecq: TFF 2014 Best Narrative Screenplay winner The Kidnapping of Michel Houellebecq opens at Film Forum this Friday. In an unusual combination of narrative and documentary filmmaking, author Michel Houellebecq plays himself and is taken hostage by a crew of really bad kidnappers. Houellebecq's interpretation of himself is probably the most suprising. Being a prominent, self-assured writer in public, the Houellebecq in the film is subdued, continually poking fun of himself - to great success. Based on false rumors that circulated when the author went off the grid for a short amount of time during a 2011 book tour, this movie allows the reclusive author to offer his own take on the rumor's absurdity.