Home » Tribeca News » Looking Back: Movies in Theaters the Last Time 'The Tonight Show' was in NYC
View All News

Looking Back: Movies in Theaters the Last Time 'The Tonight Show' was in NYC

This week, Jimmy Fallon brought 'The Tonight Show' back to New York after 42 years on the West Coast. We’re taking a look at the movies in theaters when 'Tonight' last aired from Studio 6B. 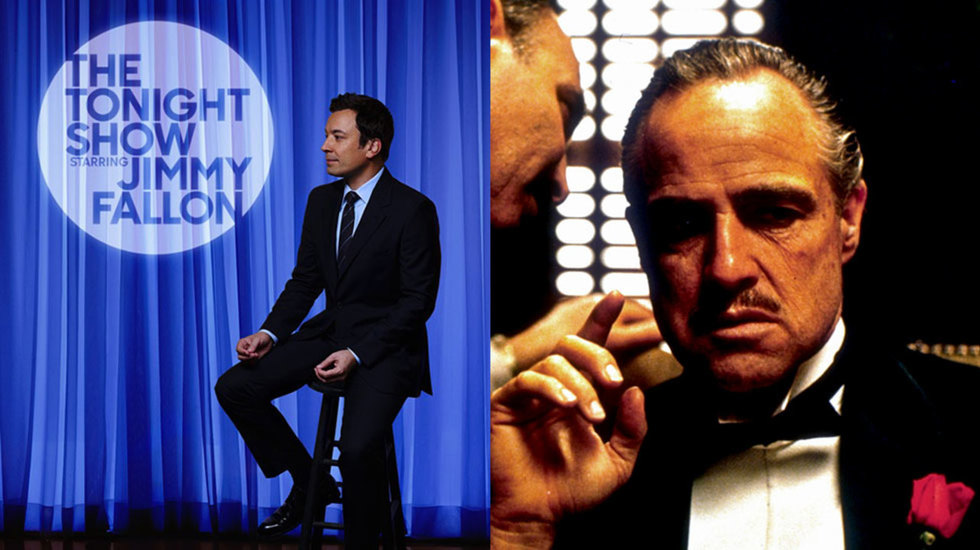 The Tonight Show is back in the city of its birth nearly a half-century after moving out to L.A. during the Johnny Carson era. Last night, Jimmy Fallon and The Roots introduced themselves as Tonight's new host and house band.

We’re looking back at the movie landscape of 1972, when Tonight celebrated its last year in New York before moving out to Burbank.

The #1 Movie in America:

The Godfather
Francis Ford Coppola’s (still) reigning masterpiece that added to the grit and honesty of cinema during The New Era conducted by the film school generation, including Spielberg, Scorsese, Lucas, Pollack, and Penn. The Godfather trilogy is the first to win multiple Best Picture Oscars and not only changed cultural perspectives of Italian-Americans and the mafia, but also gave us some of the most memorable, iconic scenes in film history.

Deliverance
Featuring arguably the most parodied score of all time, John Boorman’s Deliverance, based on the novel by James Dickey, showed us that maybe the great outdoors aren’t so great after all in backwoods America. In fact, they’re totally terrifying - so much so that even burly Burt Reynolds freaked.

The Candidate
Director Michael Ritchie’s film comments on how politics are the ultimate popularity contest in this dark comedy thriller about charming blonde-haired, blue-eyed Bill McKay (Robert Redford) who runs for a spot in the U.S. Senate without any real desire to win, but ends up getting the vote. Redford was taking over the Hollywood spotlight in 1972 after the success of Butch Cassidy and the Sundance Kid three years prior with The Hot Rock and Jeremiah Johnson.

Cabaret
Directed by the one and only Bob Fosse (who ended up snagging the Best Director Oscar from Coppola that year), the famous musical was brought to life by Liza Minnelli and Michael York. Cabaret has had undeniable influence on cinematic choreography, blending the worlds of theater and film almost seamlessly.

Boxcar Bertha
Scorsese’s first Hollywood feature working under the notorious Roger Corman and Samuel Z. Arkoff, who were apparently desperate to make a female gangster movie. Starring Barbara Hershey as Boxcar Bertha alongside David Carradine, the film put Scorsese on the map as one of the promising film school up-and-comings. The next year, he went on to direct his first collaboration with De Niro in Mean Streets.