‘The King of Comedy’ to Close the 2013 Tribeca Film Festival

Still as groundbreaking as it was 30 years ago, Martin Scorsese’s newly restored ‘The King of Comedy’ will close the 12th annual Festival. 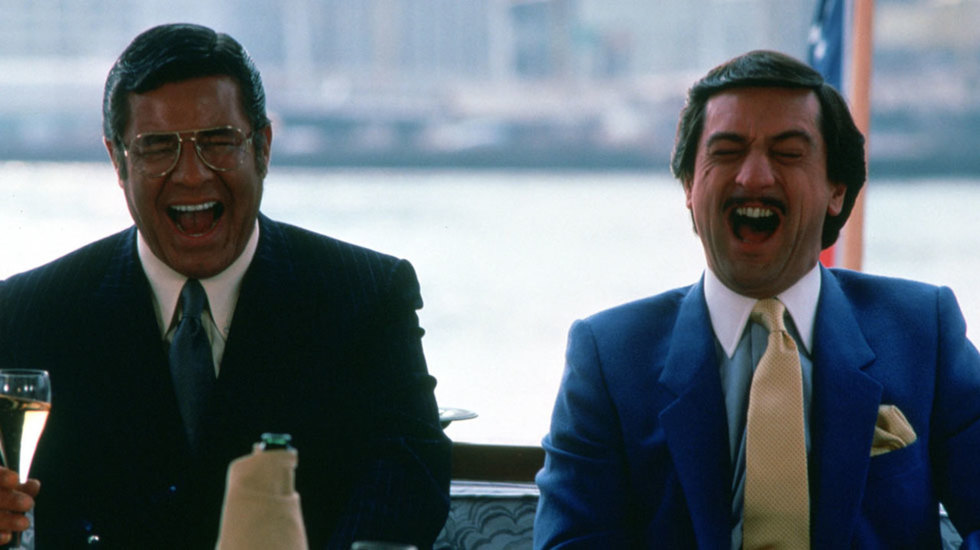 The Tribeca Festival (TFF), presented by American Express®, is thrilled have Martin Scorsese’s The King of Comedy, restored in association with The Film Foundation, Regency Enterprises and Twentieth Century Fox, as the closing night film of the 12th annual Festival on Saturday, April 27 at Tribeca BMCC PAC.

Directed by Martin Scorsese, written by Paul D. Zimmerman, produced by Arnon Milchan, and starring Robert De Niro, Jerry Lewis, Diahnne Abbott and Sandra Bernhard, The King of Comedy was originally released in 1983. This darkly funny film was ahead of its time—most notably for its groundbreaking commentary on the reality TV culture and the fine line between fame and notoriety.

“I was a big fan of the script and was very excited to do it with Marty and happy that we finally made it. The fact that it’s been restored (hard to believe so many years have passed) is even all the better, and I can't wait to see it on our closing night," said Robert De Niro.

Martin Scorsese said, “I’ve always been partial to comedians – the irreverence, the absurdity, the hostility, all the feelings under the surface – and to the old world of late night variety shows hosted by Steve Allen and Jack Paar and, of course, Johnny Carson, to the familiarity and the camaraderie between the guests. You had the feeling that they were there with you, in your living room. Robert De Niro and I were both drawn to Paul Zimmerman’s script for The King of Comedy, which really captured the show business atmosphere and the desperate attachments that some of the people on the other side of the screen could form, the ones that in certain cases turned dangerous.

To quote Rupert Pupkin, "Better to be king for a night, than schmuck for a lifetime.” In one of the most iconic performances of his career, Robert De Niro plays the struggling stand-up comedian who retreats regularly into an illusory world in which all the fame and success he’s ever dreamed of are his. Slightly unhinged (to say the least), but personable and driven, Pupkin indulges in elaborate and obsessive fantasies and brags about his imagined relationships with celebrities to his friends and his would-be girlfriend, Rita (a radiant Diahnne Abbott).

Rupert and his wacky sidekick Masha (Sandra Bernhard's on-screen debut) ultimately kidnap lauded talk show host Jerry Langford (Jerry Lewis in a rare dramatic performance) an extort a guest spot for the struggling comic on Langford’s show. What unfolds is an incredibly funny and poignant unveiling of  the darker side of comedy.

With this recently restored 30th anniversary edition of The King of Comedy, audiences, both old and new, can enjoy one of the most innovative and unexpected films of the 1980s.