Home » Tribeca News » The Internet Is Screaming At Your Television: A Recap
View All News

The Internet Is Screaming At Your Television: A Recap

TV recaps abound, that's obvious. But why have they become such an overwhelming and unavoidable force? Maybe the internet is trying to talk to your television. 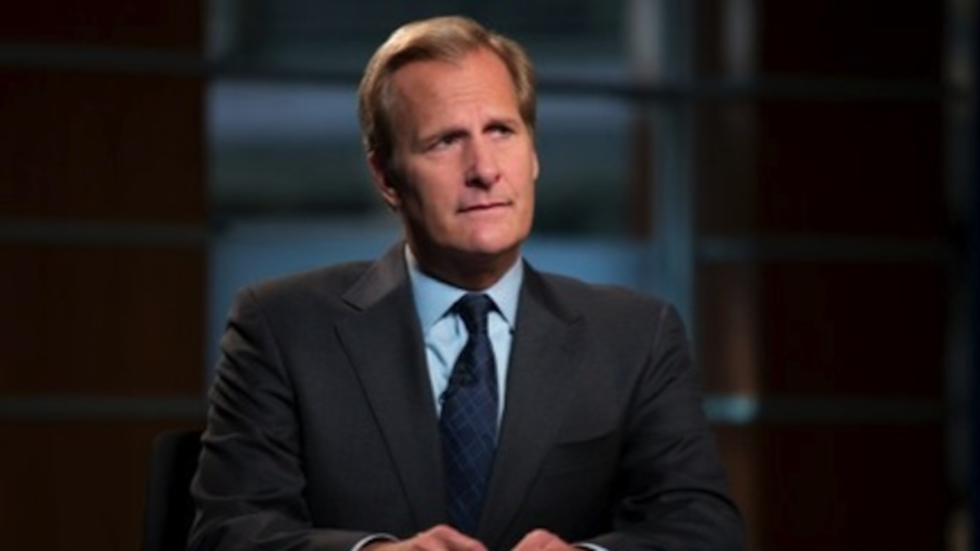 ​(This is the third edition of View Source, a weekly column in which Rex Sorgatz obsesses over the new ways we create, consume, and manipulate moving images.)

During Sunday night's season premiere of The Newsroom, you probably saw something that made you guffaw, laugh, squeal, or yell at the television. You made a sound, but the television didn't hear you.

The internet has been trying to spark a conversation with television since it could talk.

The telly was oblivious to your elation or annoyance, so you fired up Twitter to announce your celebration or grievance. In the morning, you hopped online and gorged on other people recapping their concerns about the same episode. You probably also perused comments from other viewers at the bottom of the page; possibly, even typed in a few words yourself.

The internet and television are unnatural siblings. They don't particularly like each other, and the elder considers the younger petulant and fickle. Because it is!

The internet is a never-finished thing. Even a web page created years ago keeps changing. It gets redesigned or deleted, new comments are submitted, new ads continue rotating, "related stories" from the future are unwittingly appended. And then browsers update, reformatting old code in unforeseen ways, or plugins disappear, leaving sad face icons (new ones, too; there are always design updates to the sad face). Like Heraclitus's river, you can never step in the same webpage twice.

In that sense, a wiki represents the web in its purest form: A page that anyone can edit, a conversation that is always happening. (Even if a Wikipedia entry hasn't been edited in years, it still feels unstable, always subject to change.) The web is a contested place, where debates are never completely resolved, where the page is never officially "finished."

The internet's big brother, who is of course television, is nothing like that. TV is a highly structured system, resistant to manipulation or feedback. You can't go back and change an episode of The A-Team. You can gripe about its characterization of post-Vietnam America, but B.A. Baracus won't hear you, fool. Its meaning or significance can change, but its content is locked in time.

The internet — this funny kid who thinks instability is a feature — has been trying to spark a conversation with television since it could talk. For a long time, the television couldn't hear the kid's caterwauling, and later, it pretended it didn't understand. But now, finally, it is being forced to listen.

The TV recap is the internet screaming at your television for recognition.

SPOILER ALERT: THE RECAP AS CRITICISM

To proclaim The TV recap has exploded in popularity! is about as insightful as saying water is refreshing. Rather than listing a swarm of sites that write recaps, it seems a greater challenge to list sites that don't.* Everyone is a TV critic.

Criticism, when good, provides a way to understand a piece of culture. But most of today's popular criticism doesn't do that. Most movie, music, and book reviews, for instance, address another question: Is this worth my money or time? Even when lofty readers of the New York Times Book Review read a review, they hope to know whether to invest their time and money in Freedom. (Pro tip: Skip it!)

Recaps don't retell the story so much as perform it.

Reduced to a commerce decision, most popular criticism dedicates a great deal of space to description — this book depicts an orphan who joins a wizardry school, this song  concerns a paranoid android, this painting consists of splatters of brown and black and white. After all that description, the critic, finally, reaches her diagnosis, whether the thing is good or bad. Thumbs up or thumbs down?

But TV recaps are completely unlike that. Recaps don't try to convince you to spend your time and money, because they assume you already have. In fact, they actually demand you have. That's the purpose of a "Spoiler Alert" — to signal to newcomers, Enter ye watchers through the narrow gate of people who saw last night's Breaking Bad.

The recap removes the rhetoric of commerce, but it also puts the critic and the reader on equal ground: We have all seen the same episode and we are here, together, to judge it. Because it doesn't dwell on describing the show, the recap becomes more open and fluid, engaging the show in new ways. (If this sounds like a minor thing, just imagine if A.O. Scott could write movie reviews with the knowledge that we've already seen the movie. So much better!) The recap is afforded the time and attention to interrogate the show.

The recap is the younger sibling sneaking into the older sibling's bedroom.

A modest lie was told above. Recaps don't completely abandon description. After all, they are called recaps (but that seems to be residue from a pre-DVR era when one sought recaps because they missed an episode). Recaps still describe, often in precise detail, the narrative of an episode. But these retellings are seldom direct renderings of plot or character, because that would be boring to those of us who have already seen it.

Recaps don't retell the story so much as perform it. Vulture's recap of last week's The Newsroom, for instance, takes the form of an oral history about The Newsroom. (To recap: It's a real recap disguised as a fake oral history book excerpted for a real website about a fake show about a fake cable network reporting on real events.) That isn't "criticism" as much as some sort of strange embodiment or assimilation of television. (In our overwrought metaphor, the kid is now trying on his sister's clothes.)

If you read enough recaps, you start to realize that "criticism" is probably a misnomer. First of all, recappers tend to engage with shows in extremely personal ways, which is problematic for most forms of criticism. Secondly, some recappers become so embedded in the show that they try to fix a character or suggest episode rewrites. (So-called hate-watching bears similar qualities.) This trait — participation, rewriting, immersion — makes for very bad criticism, but it makes for very interesting reading.

Recappers are more like sports analysts. (Armchair quarterbacks also like to yell at their televisions.) Or better yet: Fanfic. (Which would make historical sense, because if our sibling metaphor persisted, the recap is basically a mutated clone of fanfic.) Criticism today rarely gets you to change your mind, but recapping frequently does. Could there possibly be better praise than that?

So I'm here to confess: I think recapping is better — more engaging, more insightful, more important — than popular criticism. I often hear people disparage the quality of TV recaps, but I find myself uninterested in that discussion. For me, TV recaps are more like a manifestation of a problem, which is that television is a one-way medium entering a world that is distinctly not headed that way.

There is a scene in an upcoming episode of The Newsroom where the protagonist, Will McAvoy, types his name into Google and adds the word "hate" to his search query.

Spoiler Alert: This is television finally hearing the internet.

​Rex Sorgatz is a writer, media consultant, and creative technologist who lives in New York City. Unsurprisingly, he is on Twitter: @fimoculous.