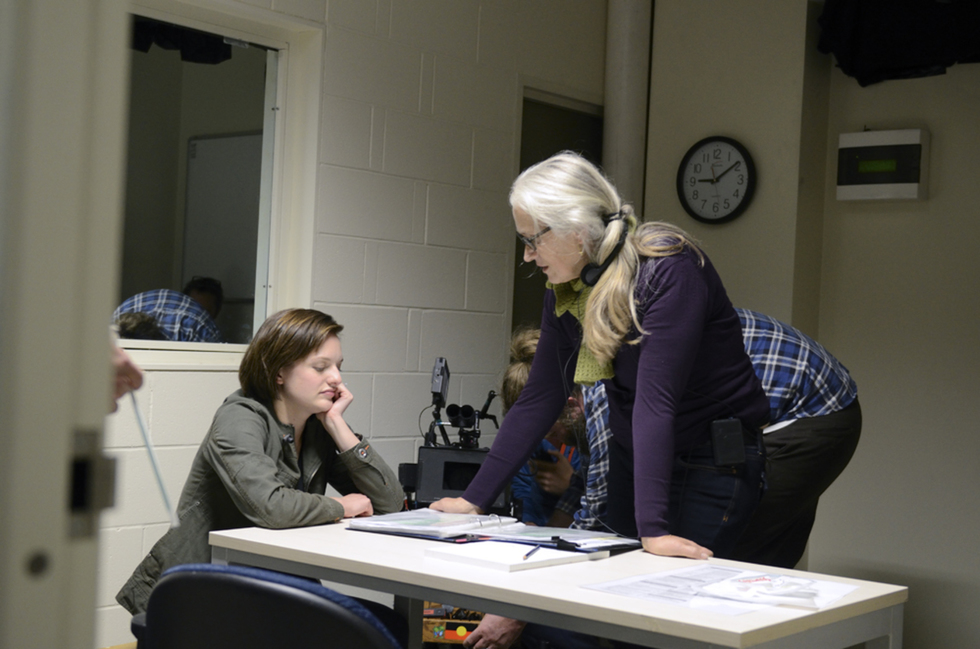 In 2013, New Zealand filmmaking goddess Jane Campion co-created an impeccably-made, feminist-slanted, and endlessly compelling crime mystery miniseries entitled Top of the Lake that received a swell of swooning critical notices but little viewer fanfare when it premiered on the Sundance Channel in March of 2013 and was quickly eclipsed in the public consciousness a year later by the psychobabbling streamroller that was True Detective, season one.

How sweet it is then that as True Detective's divisive second season continues to exasperate hate-watching audiences left and right, the internet has begun to rightly revel in the news that the second season of Top of the Lake is in full swing, according to Australia's IF, with bravura, Golden Globe-winning leading lady Elisabeth Moss returning as troubled but tenacious detective Robin Griffin. Campion and co-writer/creator Gerard Lee are re-locating the series to Sydney, where filming is set to start in December, with plans to air the sequel season sometime in 2016. (Campion will direct half the episodes, like she did in season one with rising director Garth Davis.)

The comparison's been made aplenty, but Top of the Lake's first season is truly the glorious alternative/gender political corrective to True Detective's depressively man-dominated mind-fucks, with a visionary auteur at the helm and one of the most exciting screen actresses at its center. Imagine it: actual female characters who serve greater functions than worrying and shtupping. And whereas True Detective furnishes inarguably eye-catching if a bit show-offy visuals to a self-serious story that's desperately pretending it's not delivering more of the same-old, same-old, Campion and company have furnished chillingly atmospheric images to a potent and provocative story that's fully worthy of them. Campion's marvelously mordant humor and zesty stylings only enhance the experience, and Moss' severity, sarcasm, and smarts are instantly "truer" than the drawling, hollow monologuing of Matthew McConaughey.

Seriously, every time someone complains to you about True Detective, kindly interrupt them by screaming "WATCH TOP OF THE LAKE!" on loop, and then don't stop until they do it. You'll be doing them a favor.