Home » Tribeca News » A Woman's Worth: Why THE WALKING DEAD's Danai Gurira Will Do Justice to the Late Afeni Shakur
View All News

A Woman's Worth: Why THE WALKING DEAD's Danai Gurira Will Do Justice to the Late Afeni Shakur

Don't expect another NINA-like folly in the upcoming 2PAC biopic ALL EYEZ ON ME. 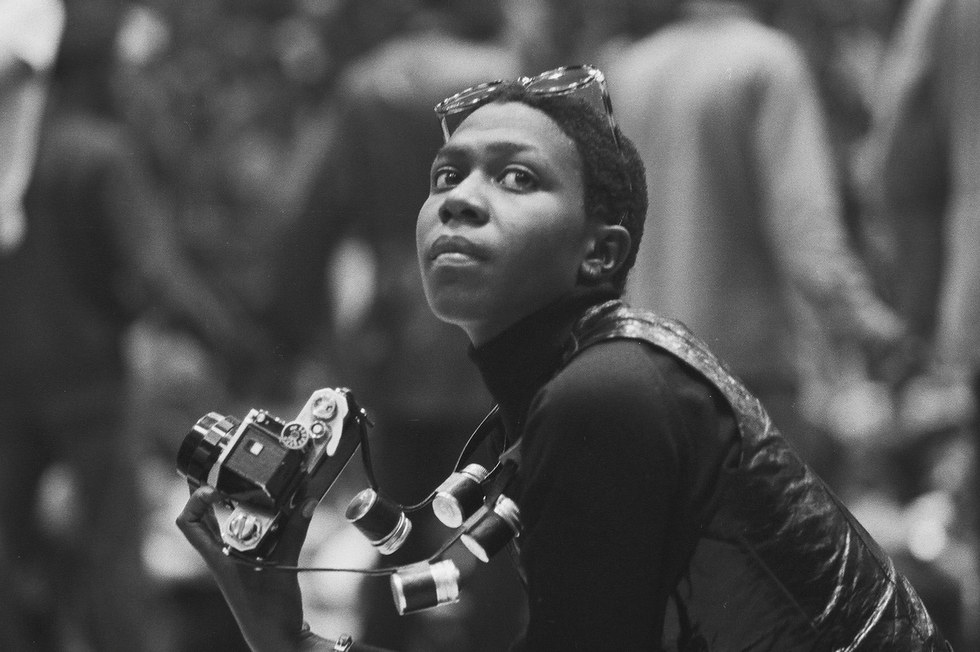 "I reminisce on the stress I caused, it was hell
Hugging on my mama from a jail cell
And who'd think in elementary?
Hey! I see the penitentiary, one day
And running from the police, that's right
Mama catch me, put a whooping to my backside"
—Tupac Shakur, from "Dear Mama"

Released in 1995, and featured on arguably the rapper's best album, Me Against the World, 2Pac's emotionally raw hit single "Dear Mama" holds up as one of the most heartfelt musical dedications to matriarchy, whether in hip-hop or any other genre. It's a love letter to Afeni Shakur, the rock of a woman who raised the fiery and trouble-loving Tupac largely as a single parent, which couldn’t have been easy. As those lyrics above indicate, he was a handful, an intelligent and articulate revolutionary who used his often socially conscious songs to condemn "the man" and all of his oppressive tendencies in the black community.

A remarkably larger than-life figure, Tupac, who was only 25 years old when he was murdered in Las Vegas in September 1996, required an even stronger adult presence in his life, and that’s exactly what he had in his mother. "Dear Mama" was his honest and very public acknowledgement of that. To the late rapper’s millions of fans, she’s long been the reason why they were blessed with one of the music industry’s truly eternal legends. But for Tupac himself, she was a constant source of motivation, love, and politically minded inspiration. Before she gave birth to him in 1971, Afeni was an outspoken activist for black people's rights and a non-passive member of the Black Panthers; in 1969, on trial for allegedly conspiring to bomb several New York City landmarks, she represented herself in court while pregnant with Tupac. Even when he was in the womb, all that Tupac knew was me-against-the-world defiance.

For all of its endless radio spins and Billboard stats, though, "Dear Mama" has never been enough to really justify Afeni Shakur’s importance in her son’s short yet monumental life. And now, sadly, the world is left singing those undying words from Janis Joplin's "Big Yellow Taxi": "You don't know what you got 'til it’s gone."

Afeni Shakur died yesterday at the age of 69, possibly due to a heart attack. But in a busy day that included the #whitewashedOUT Twitter outbursts and the horrifying confirmation that Donald Trump will actually be the GOP's official presidential candidate, Ms. Shakur’s passing barely registered as a mid-level blip in that 24-hour news cycle. And that’s a real shame. With Mother’s Day right around the corner, you'd hope that the woman behind the iconic 2Pac will receive her fair share of passionate obits and homepage-posted memorials by week's end.

Unfortunately, as rap blogs continue to sweat Drake’s Views album and Kanye West's ridiculous claims of anti-Taylor-Swift "activism," and media sites cling to page-views via Captain America: Civil War coverage, Afeni Shakur will be little more than a footnote for the week of May 6, 2016.

The good news: Justice will eventually be hers. Because last year's Straight Outta Compton made all the damn money, there’s a 2Pac biopic currently in production, being directed by music video veteran Benny Boom and starring the uncanny Tupac lookalike and rookie actor Demetrius Shipp, Jr. Titled All Eyez on Me, in honor of the rapper's 1996 double album, it’ll arrive either later this year or early next year, most likely through the indie film festival circuit, with Afeni Shakur's posthumous stamp of approval—she served as one of the film’s executive producers throughout the last months of her life.

That’s likely part of the reason why Afeni and the producers cast her role in All Eyez on Me so brilliantly. Danai Gurira, star of AMC's mega-hit series The Walking Dead, will play Tupac’s tough-lovingly supportive mother, and there's every reason to believe that the 38-year-old Zimbabwean-American actress will be one of the film’s highlights. Having anchored The Walking Dead for the past four seasons with an understated force as the katana-toting Michonne, Gurira is one of television’s most underrated performers.

Thanks to her knack for slicing zombies' heads off with lightning-fast swoops, she's been a fan favorite who's more than lived up to Michonne's already-there comic book fandom, and she’s worked not-at-all-minor miracles by giving the show’s at times laughably melodramatic dialogue a uniquely empathetic gravitas. Not that Emmy voters or any other awards pundits seem to give a you-know-what, though—like co-star Andrew Lincoln, the other half of her refreshingly biracial on-screen lover pair, affectionately dubbed "Richonne," she's routinely considered a secondary attraction on The Walking Dead’s altogether Emmy-proof barrage of gore, innards, hardcore horror, and more gore.

It's hard not to think that Gurira won't fully achieve the household name recognition that she deserves until she’s done with The Walking Dead—which, based on the show’s untouchable ratings and Michonne's universal likability, probably won’t happen anytime in the future. In the eyes of too many, she's just Michonne, despite the fact that she’s doing big things away from AMC. Around the same time news broke yesterday about Afeni Shakur's passing, Gurira made history: Eclipsed, the stage play she wrote and that stars Lupita Nyong'o, received six Tony nominations, including Best Play, an unprecedented feat for a Broadway play with an entirely black and female cast and creative team. But if you were to ask ten Walking Dead fans if they've heard about Gurira's newfound Tony successes, seven or eight of them would look at with blanker stares than those on the faces of the show's undead walkers.

That will change, however, whenever All Eyez on Me opens theatrically. The role of Afeni Shakur will undoubtedly be a major one, replete with stirring monologues and the kind of on-screen presence that elicits compassion and fortitude. Much like Michonne on The Walking Dead, she'll be the story's heart and soul, but with a distinctly revolutionist edge. And there aren’t many young actresses out there better suited to embody those attributes than Danai Gurira.

In a perfect world, one in which movie producers and casting agents understand how to properly honor non-white historical figures, Gurira would've played Nina Simone in this year’s Nina, not the woefully miscast and mercilessly derided Zoe Saldana. Thankfully, since she was so instrumental in All Eyez on Me's conception, Afeni Shakur made sure that someone like, say, Tessa Thompson didn't end up playing "mama" in her son's cinematic life story, thus sparing the divine Thompson from a social media onslaught similar to what Saldana recently experienced. Afeni made the best possible call.

Her physical likeness aside, though, Gurira has what it takes to give All Eyez on Me its necessarily motherly backbone. Through her performance, 2Pac's fans will be able to quote the three most crucial words in her son's "Dear Mama": "You are appreciated."