Home » Tribeca News » WATCH: The First HATEFUL EIGHT Trailer Might As Well Be Quentin Tarantino's Love Letter to THE THING
View All News

WATCH: The First HATEFUL EIGHT Trailer Might As Well Be Quentin Tarantino's Love Letter to THE THING

There's a new Quentin Tarantino movie trailer; so, yeah, get excited. But also use it as an excuse to revisit an '80s horror classic. 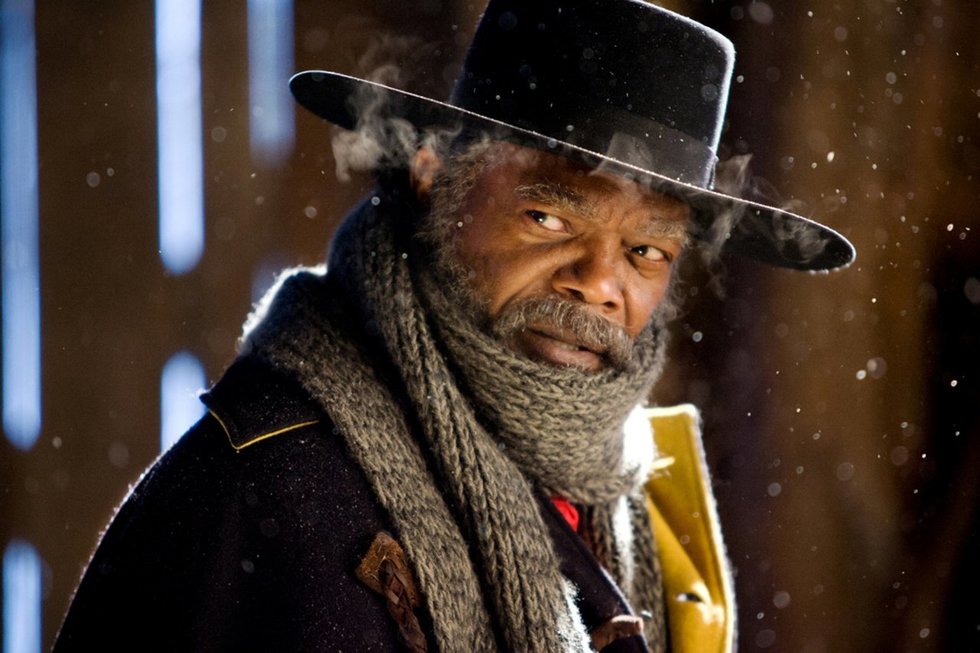 It’s not like cinephiles needed any additional reasons to be excited about The Hateful Eight other than the fact that it’s a new Quentin Tarantino movie. The prolific writer-director’s eighth film, it’s another western, like 2013's Django Unchained, but calling any Tarantino project “just another” whatever isn’t fair. He always finds uniquely irreverent ways to enliven familiar genres and tropes, and as The Hateful Eight’s first teaser proved earlier today, he’s about to inject some more much-needed pitch-black comedy into the often stoic western genre this time around. The tone feels akin to that of Django Unchained, and, by the looks of things, the bloodshed will be just as abundantly and beautifully photographed.

But that’s not what’s most intriguing about The Hateful Eight’s trailer. Its coolest element comes via one of star Kurt Russell’s lines of dialogue. Mostly set inside one central location, Minnie’s Haberdashery, Tarantino’s latest confines eight disparate characters in one building and watches as they converse with and grow suspicious of one another; by the film’s end, most of them will be frozen corpses. The reason, as Russell’s character, named John Ruth, a.k.a. "The Hangman,” puts it, “One of these fellas is not what he says he is."

Again, all that you really need is Tarantino and Russell’s names attached to the same movie in order to generate enthusiastic film buff chatter, but any self-respecting genre movie fanatic should immediately think about another Kurt Russell flick once they hear that line of dialogue. And, chances are, walking cinema encyclopedia Quentin Tarantino wrote that sentence specifically for Russell because he knew genre lovers like myself would lose their proverbial shit over hearing Russell say it.

So why the excitement right now? Because that’s basically the plot of horror master John Carpenter’s 1982 sci-fi/terror masterwork The Thing, and Russell’s character in that film more or less speaks that exact same thought on more than one occasion. Like The Hateful Eight, Carpenter’s The Thing—a gory, visceral and bleak remake of the 1952 sci-fi classic The Thing from Another World—is a claustrophobic and paranoia-fueled descent into collective madness, with a shape-shifting alien taking over the bodies of random scientists inside an Antarctic research station.

Behold its excellence by watching the trailer here, complete with composer Ennio Morricone's iconic score, which will forever kick all of the ass:

Made over 30 years ago, The Thing remains an untouchable example of practical effects; good luck trying to find any modern-day CGI that can even lick the goo off of handmade visuals like these:

Or just that magic happen in live-action form:

And, while we're at it, why not bask in the gloriousness of this?

Yeah, The Thing is unparalleled.

Will Tarantino’s The Hateful Eight have anything else in common with Carpenter’s The Thing? It’s highly doubtful, unless Tarantino’s secretly made his first-ever science fiction movie and has been disguising it as a western in the press for the last year. (Don't count on that.) Will it make much sense to compare the two films once The Hateful Eight opens in theaters on Christmas Day? Probably not.

For now, instead, let’s just appreciate how Tarantino’s honored one of the greatest sci-fi/horror hybrids of all time in this first The Hateful Eight preview. You know it was intentional, and you know QT would love it if we all watched Carpenter’s masterpiece tonight as a result.

The Hateful Eight will open in theaters on Christmas Day.