The Best of Latino Cinema at The Tribeca Film Festival 2015

Stay tuned for coverage of these films and more as Tribeca teams up with Remezcla.com to keep Latin cinema on the map! 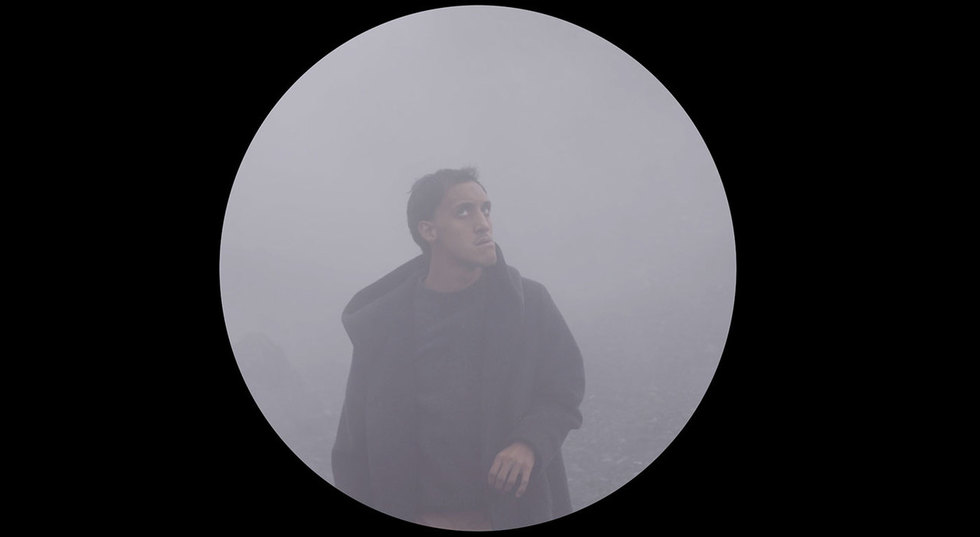 The Wolfpack
Directed by Crystal Moselle

The Angulo siblings grew up in the Lower East side, but knew little of New York City or the outside world. Their Peruvian father, fearful of the outside world's corruptive influences, kept them shut in their apartment. The children, imaginative and inquisitive, turn to movies in their isolation, often re-enacting their favorite films. Complete with scripts and elaborate sets, props and costumes, the kids interface with the outside world through these re-enactments.
See showtimes, buy tickets, and watch the trailer here.

Sebastien de la Cruz, an 11-year-old America's Got Talent competitor, earned the chance to sing the National Anthem at game three of the NBA Finals. After being subjected to racialized criticism, de la Cruz was invited back to sing again at the fourth game, where the crowd encouraged the young Mariachi singer by chanting "go, Sebastien, go." Watch the film and scenes from other entries in ESPN Films' Versus series, which highlights success in the face of adversary. Afterwards, stay for a screening with Versus series Executive Producer and Director Eva Longoria and Versus series director Retta (Parks and Recreation) on sports and activism.
See showtimes, buy tickets, and watch the trailer here.

From Costa Rica, Viaje features a couple who voyage into the forest after a chance meeting to avoid succumbing the trappings of a traditional relationship arc. What ensues is a spiritual shared journey through the forest as Luciana and Pedro take in their surroundings, camping, hiking, falling in love. The lush Costa Rican rainforest serves as the perfect stage for the beautiful young couple to play out the intricacies of early romance.
See showtimes, buy tickets, watch the trailer here.

The Lights
Directed by Manuel Abramovich and Juan Renau

Every Christmas, father and son Jorge and Jorgito adorn their home in thousands of Christmas lights to become a beacon of holiday spirit in their remote Argentinian village. Filmmakers Manuel Abramovich and Juan Renau describe their awe when they first discovered this family’s months-long labor to convert their home into the visual splendor that draws observers from all over the nation, drawing striking relations between this light show and the documentarian’s project. “When we spoke to them we realized that Jorge and Jorgito were a reflection of ourselves. They were expectant of our reaction, just like we are when we show our films. It was then that it dawned on us that we had traveled there to shoot a self-portrait.”
See showtimes, buy tickets, and watch the trailer here.

This Argentinian narrative feature about Patón, a washed up soccer star with a short temper trying to contend with re-integrating into society after his career begins to flatline. With only a sports training to work with, Patón’s options are limited in his efforts to build a new life. El Cinco, referring to Patón’s jersey number while serving as captain on a middling local team, becomes a sweet story of romance between Patón and his devoted wife, who supports him through the harsh realities of this kind of transition. Part inspirational character study, part romantic comedy, El Cinco charms as a unique mid-life crisis.
See showtimes, buy tickets, watch the trailer here.

Alongside the recent loosening of tense diplomatic relations between the US and Cuba comes Havana Motor Club, a documentary detailing the automotive subculture centered in Havana. Though this subculture has thrived in Cuban tradition for decades, it is, inevitably, a capitalist industry that signified class status and had to be axed under communist rule. But this community’s dedication has preserved the legacy of street-racing as a kind of guerilla art form, expressed in resistance to Castro’s regime. The film catches up with several street racers as they scramble to assemble their cars in time for the first legitimate street race sanctioned by the Cuban government.
See showtimes, buy tickets, watch the trailer here.

This black comedy from Mexico has a man struggling with an accounting job that barely makes ends meet who finally indulges his long-suppressed urge to kidnap a high school girl. His plan turns on him, though, once he arrives at the abandoned warehouse that serves as his kidnapping headquarters. An innovative take on genre film that reverses the gender dynamic encoded in most thrillers, Scherzo Diabolico is not the movie you’re expecting.
See showtimes, buy tickets, watch the trailer here.

Based on the religious fiction by Dutch writer Joost van den Vondel that's often cited as the inspiration for Milton’s Paradise Lost, Lucifer is an innovative, experimental film shot in the unique style of Tondoscope. An angel descends from heaven to intervene with the local Mexican villagers lives in unexpected ways that change their lives forever. In this story, Lucifer has not descended to hell and become the devil and is just an angel with knowledge of good and evil, free will and conscience. In his mission to impart what he knows, Lucifer inadvertently passes on the knowledge of sin.
See showtimes, buy tickets, watch the trailer here.

Testing the limits of documentary responsibility, Cartel Land drops the filmmakers right in the center of the contentious world of international drug trafficking. Director Matthew Heinemen brings the camera to the front line of the desperate battle to impede the drug cartels’ brutal but well-established trade. Trying to maintain an equivalent, documentary approach to a dangerously tense conflict, Heinemen follows the vigilante groups that provide the backbone to the resistance against the cartels’ domination.
See showtimes, buy tickets, watch the trailer here.

A romantic comedy short, The Kiss details the complications that arise when Daniel asks his close friend Ale to be an impartial judge of his kissing skills. Of course, a request like this never ends up completely impartial and the pair finds their relationship in complete overhaul as a result. Playing on the time-old question of the friendship dynamics between men and women, The Kiss is cute, sweet, short, but fulfilling.
See showtimes, buy tickets, watch the trailer here.

NYU Tisch student Reinaldo Marcus Green's short film Stop tells the all-too-common story of a young African American teenager who is unexpected stopped and frisked on his way home. Taking place over the course of one night, the film details the psychological imbalance involved in such an encounter. Stop will screen as part of the NY -Double Espresso shorts program.
See showtimes, buy tickets, and watch the trailer here.

Gilberto Valle, the NYPD officer known better as "The Cannibal Cop, rose to infamy after being convicted for conspiring to kidnap, rape, kill and eat several women. Valle, who was convicted based on his internet searches and online activity, was now staring down a life sentence. This documentary takes on the question central to Valle's case - can you be guilty of a crime you only thought of committing? Director Erin Lee Carr was granted exclusive access to Valle and his family, to interrogate the criminal justice system as it apprehends the uncharted problem of legislating the internet.
See showtimes, buy tickets, and watch the trailer here.

We're excited to announce we've partnered with @Tribeca Film Festival. Stay tuned for daily recaps, red carpet coverage, and more on our social media channels as well as remezcla.com 🎥 #TFF2015
A video posted by REMEZCLA (@remezcla) on Apr 15, 2015 at 6:36am PDT