Home » Tribeca News » The 10 Best Vines of the Week: Viners Come Together For Ryan McHenry of 'Cereal' Fame
View All News

The 10 Best Vines of the Week: Viners Come Together For Ryan McHenry of 'Cereal' Fame

The rapidly-growing Vine community comes together to raise money in support of filmmaker and Viner Ryan McHenry, creator of the "Ryan Gosling Won't Eat His Cereal" phenomenon. 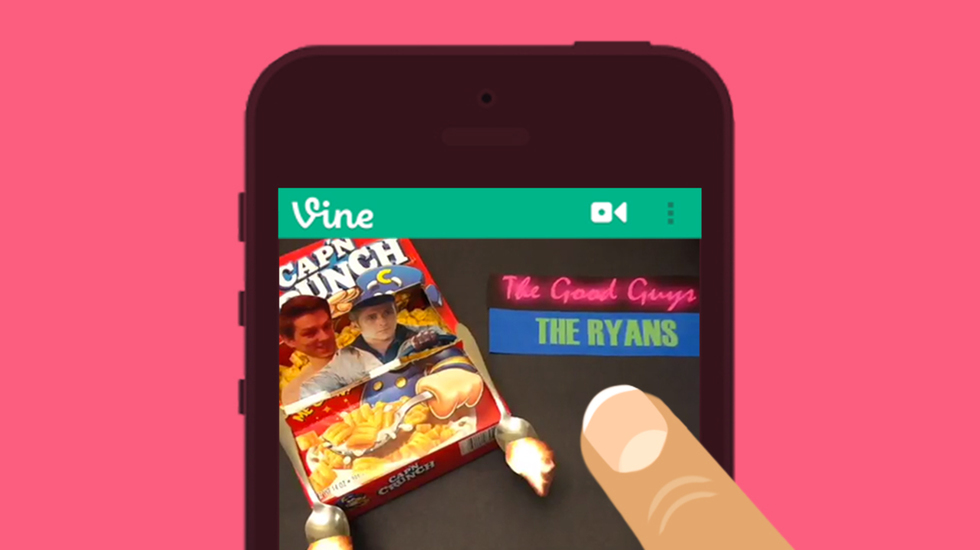 This week, after Ryan McHenry (of "Ryan Gosling Won't Eat His Cereal" fame) was diagnosed with cancer and had to put his feature film on hold to start treatment, Vine users started an Indiegogo account cleverly titled "Ryan McHenry Won't Eat His Cancer", in hopes of helping Ryan resume his film, Zombie Musical, as he gets better (he lives in the UK, so his chemotherapy is free.) Perks include Vines, Skype calls and dinner dates from the likes of Vine celebs Meagan Cignoli, Nick Mastadon, Andy Milonakis, Jerome Jarre, KC James and more.

This week in Vines also featured some pretty impressive stunts, a pitch-perfect Morgan Freeman impression, and a pup full of attitude. Let's take a look!

Charlie Love makes a Vine in support of McHenry, where "The Ryans" (Gosling and McHenry) fight the bad guy (cancer).

Backflips are always cool, even under mugging circumstances.

Ian Padgham wows us, as always, with this speed-sketch of the icon.

Born to be Wild, by Rob Johnston

Whether he actually held up traffic or somehow coordinated with the drivers so they'd honk at him at the right time, this is dedication in its purest form.

Jethro Ames manually creates the classic split screen, even if does take twice as long.

The White Story 2, by Meagan Cignoli

Meagan goes meta and does a parody of her own Vine of designer Valentina Kova's work.

OH NO, by Tyler, the Creator

Who knew the guy who created "Yonkers" could be so goofy?

All Day, by Josh Peck

This former child star is the #1 Viner on the internet, and is constantly sharing his antics on Twitter.

Someone needs to make this a real show.

And The Most Popular Vine Of The Week Is...

Was this staged? How does one teach a dog to be this cool?

Julia Pugachevsky is Tribeca's Vine Correspondent (among other things). Check out her interviews with pro-Viners every Wednesday on TribecaFilm.com, and come back every Friday for another round up!