The Oscar-nominated Belgian filmmaker discusses the ins and outs of his buzzy new film, which just premiered at the Sundance Film Festival. 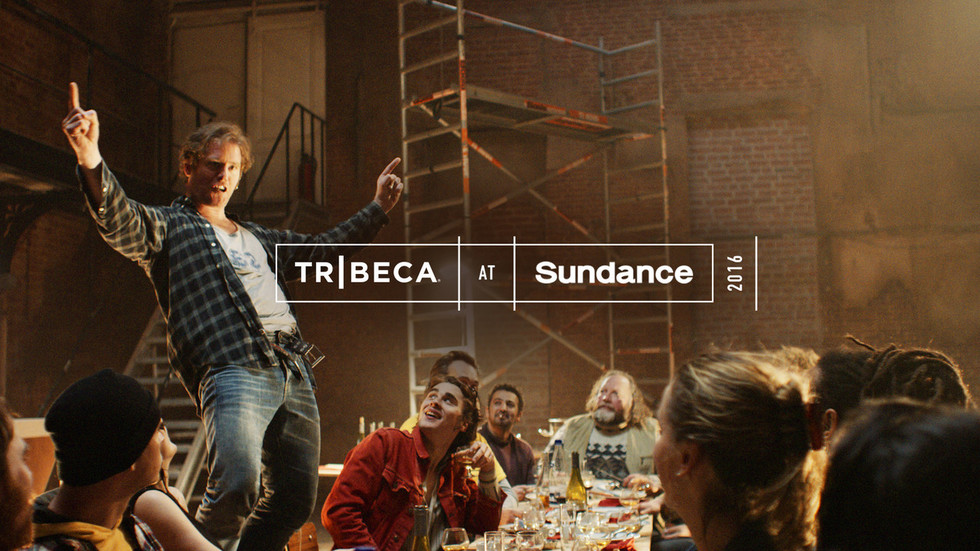 Illustration by Carly Sloane and Photo by Felix van Groeningen

Coming off the heels of an Oscar nomination for Best Foreign Language Film for the 2012 Tribeca Films release The Broken Circle Breakdown, director Felix van Groeningen arrived at Sundance this year with Belgica, a bruising drama about two brothers who get wrapped up in the pleasures and pangs of opening a bar. With his shambolic and stylish films, Groeningen is especially skilled at capturing the unhinged madness of nightlife. In Belgica's eponymous bar, live punk, funk, and jazz bands score the brawls, coke binges, and dancing that occurs, like clockwork, every night.

In conversation, the lauded Belgian director discussed Belgica's source material, the pressures of success, and why the music in this movie is so damn good.

So, the clubs in Belgium seem pretty wild. Is that really how it goes over there?
[Laughs.] Well, it’s a film, of course, so if you would go there right now, it wouldn’t be that. But we tried to capture, like, a moment in a rise and fall.

What moment was that?
My dad actually started the bar it’s inspired by, which is called Charlatan, in 1989, and he sold it to two brothers in 2000. And then they kind of split in 2007. So I've more or less seen the evolution of the story as it’s depicted in the movie, and the story is more about the brothers who took the bar over from my father and their split. For me, it was important to show the transition from this "Noah’s Ark," as they call it, which is just this thing that happens, because people come together. They have an idea, and they want to do something. It’s not all preconceived, but it’s happening, it’s great, and it’s working.

There’s enthusiasm for the idea of this bar.
But the crazy thing is, when I think back on the days when my father did it, it all of a sudden happened. They started out having this little music bar with little concerts, and then it started becoming more hip and bigger and he was ambitious and he said, "Okay, we’re gonna make it bigger." And then, just like in the movie, all of a sudden it started changing. Nightlife brings violence, drugs. It pushes you to make decisions against your guiding principles.

Right. The film captures the sort of inevitability of things starting cool than gradually becoming uncool.
If you would start a place today of that scale, I guess you would never think, Okay, we’re not gonna put bouncers oat the door. In that sense, it was important for me to place it in the past.

Would you say that The Broken Circle Breakdown really put you on the map?
Yeah, absolutely, because of the Oscar nomination. We got a big French Cesar.

And so do you fear running the same risk as the brothers in your film? All of a sudden there’s a lot more people who want to work with you, and your group is expanding.
Well, I don't think I had to compromise with Belgica…

I don’t think so, either.
Yeah, it’s like even more the opposite a little bit. I didn't want to remake Broken Circle, I wanted to do something different. But it’s true that when you become bigger, it doesn’t become easier. There's just more people involved. You got a little money, you do what you want. But the more money, the more opinions, and that can be tricky. This wasn’t the easiest film to finish. The editing took a long time, because of a lot of opinions, and not that I had to address them all, but you feel the pressure.

What happened in editing?
It’s strange, like every other movie, I thought the previous one was going to be hard in editing, and that the next one would be easier. I shoot more, I want to try more. We edited Broken Circle for a couple of months, and the guy who I usually worked with wasn’t working on the film, and at some point I was like, it wasn't working, so we started over with my regular editor. That was a very difficult process. With this film, he started working on editing as I was shooting. It was something we tried that I'd never done, but we tried it. We thought it was going to be easier, because its straightforward storytelling in a way, and the other films were always playing with time, and in the editing that makes it very complicated, because there are so many possibilities.

Tell me about the music. And where the hell can I get it?
[Laughs.] It’s gonna be released on iTunes, and CD, and vinyl probably.

When you’re filming that live music, how do you maintain control?
The special thing, indeed, about this film is that it’s all created for the movie. They’re created bands, they don’t exist.

How’d you get all these people?
I went to Solwax, the brothers who composed the music for the film. They’re friends of mine, and they were really interested in the project. I knew there was going to be a lot of live music we were going to hear—dance music, and then the scoring. And they said, "No, for us it will only be satisfying if we can do everything. If we can create the bands, even give them the names, like The Shits or They Live, or something." [Laughs.]

They were really part of the creative process. When I was writing the script, I would see them every week, I’d tell them where I was and they’d ask me questions, and once we started prepping, we’d go back and forth, and they’d came up with the bands. For me the biggest thing a director has to be able to do is bring people together and then give them space to be creative. My job is to limit sometimes, because you need one vision in the end, but the other is to give room to go all the way.

Would you say you're not controlling on set?
I am, but it shouldn't feel that way.

You’re gently guiding them.
You know where you have to go.

Do you always know where that is on set, or are you figuring things out on the fly?
I feel it when I arrive there. I don't know upfront what it's going to be like.

Run me through a day of them doing live music on set.
I said we should have them play live. It’s great for the atmosphere, just to capture it, the sweat, and singing, and just for the sound. If you play it live, you can record it live, whereas if you record it in a studio, you have to make it sound like it’s in that bar. And then, it’s also about the way people will react. It was having a band set up and play one song, like 20 times but like a real concert.

Were people in the crowd excited?
Yeah! That's the thing, normally you have extras pretending to like something, but here they were just looking at a concert.

Was anyone actually drinking on set?
We gave free beer, but sometimes we saw small bottles of vodka empty, so people would bring it, so you can’t stop that. We couldn’t really give them alcohol. I always tried to argue for it, but then the producers would be like, "We can’t do this." I also said, "What if you shoot every Friday and try and have the shooting the evolving in the party and keep shooting?" There are so many people working, and so much material to cover. We just couldn't risk it.

Belgica had its world premiere at the Sundance Film Festival last week. It is currently seeking U.S. distribution. Watch the trailer below: