It’s the last weekend of summer and there's plenty to do in NYC! 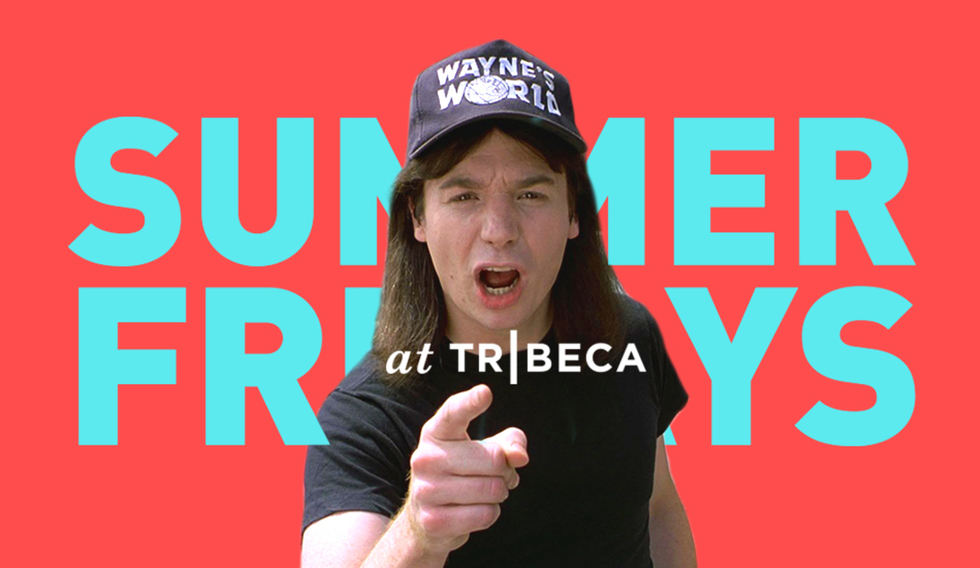 Summer will be officially over soon and we're devestated. However, there are lots of great activities to do this weekend in NYC that will take your mind off the impending Fall. Come to Brooklyn to celebrate the King of Pop's birthday this Friday, with Peanut Butter Wolf (Chris Manak). Regardless of how ridiculous his stage name is, Chris Manak knows his music. The DJ started Stonesthrow Records in 1996, and has since brought to us artists like Madlib, Mayer Hawthorne, and Aloe Blacc. DJ Peanut Butter Wolf will be spinning mad tunes this Friday to the videos of the late Michael Jackson in celebration of the King's 56th birthday.

Ever wonder what your favorite sitcoms would be like if they didn't deliver perfectly-timed, punchy lines? Well Videology is here to change how you watch your shows forever. The Brooklyn screening room is playing Live Dubbed Sitcoms this Friday, where improvisers dub over episodes of Friends and Cheers and take the stories to places you never knew they could go. A film noir spin on Ross and Rachel's will-they-won't-they romance? A Cheers episode about pizza, and pizza only? Who knows where these crazy improvisers will take the story, all we know is that it'll be hilarious.

As part of the Auteurist History of Film exhibition, the MoMA will be holding a screening of Woody Allen's Manhattan. This love letter to New York is definitely something you want to see on the big screen. Allen captures New York's most picturesque settings, and will make you fall in love with the city all over again.

If you were ever a fan of a little girl named Madeline, then you have illustrator Ludwig Bemelmans to thank! The Italian illustrator brought to life this spunky little school girl and was actually a frequenter of good old NYC. The New York Historical Society is thus celebrating the artist's works, and is showcasing all six Madeline books and their illustrations, as well as Bemelmans' own drawings he did of old New York haunts like the Ritz and the Onassis' yacht.

Since its conception in 2002, The Rub has reached the far corners of the world, bringing DJs together to spin classic and contemporary tunes for party goers. The Rub DJs have played everything from The Chemical Brothers to Gucci Mane, and always find a way to keep up with the times, while remembering the classics.

Though summer officially ends on September 22, the last day of August obviously feels a little worrisome. To palliate your end-of-summer fears, The Woods in Brooklyn will be throwing an awesome party for a full 12 hours! Come out and take in some vitamin D and celebrate all things awesome: Brooklyn, beer, and beatz.

Schwwwiiiing! Waynes World is playing at Nitehawk this weekend on the big screen! Come and hangout with Garth and Wayne and the gang, and veg out on your Sunday afternoon.

Add a little soul to your Sunday brunch and head over to Brooklyn for Rub-A-Grub- a food and music backyard party that includes DJs, soul music, and some grub. Come out and do a little dance while munching on some homemade goodies, and make the best of your labor day weekend!