7 Unconventional Romances To Stream This Weekend

While waiting for 'The One I Love" to premiere this weekend, stream these 7 unconventional romances. 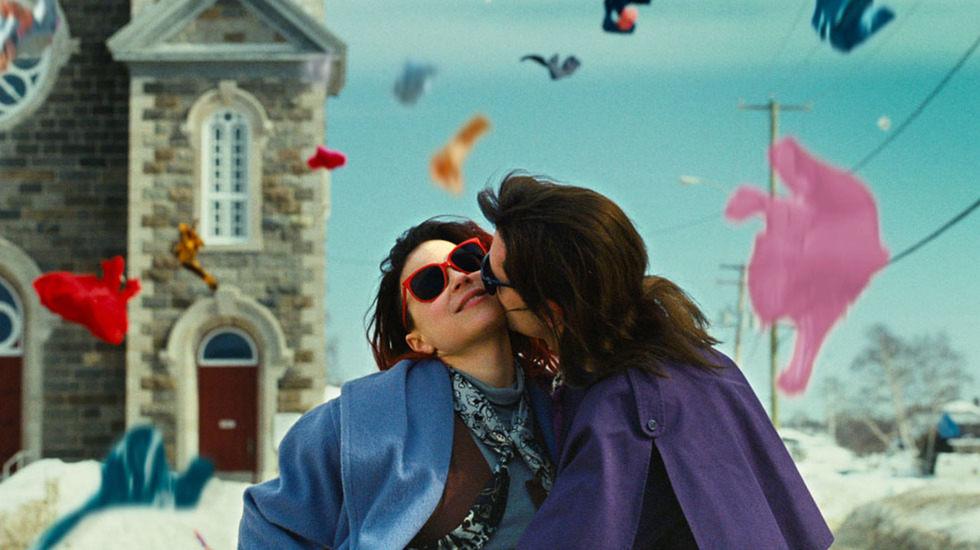 Opening this weekend is TFF 2014 selection The One I Love, starring Elisabeth Moss and Mark Duplass as a couple on the brink of a split. Their couples' counselor (Ted Danson) suggests a vacation together to try to work out some of their problems, and then things get weird.

In an interview with Entertainment Weekly, Mark Duplass identified the central issue in Charlie McDowell's surreal indie: "How do you maintain that relationship and that love when the people you’re with start to change?"

With this question in mind, here are seven unconventional romances currently available to stream.

Aimee and Jaguar
Watch on Netflix
Directed by Max Färberböck

Set during the tail end of WWII, Aimee and Jaguar tells the story of Lily, a bored housewife who regularly cheats on her Nazi husband (who is also definitely not faithful.) When Lily receives a love letter signed "Jaguar," she's surprised to learn it's from a Jewish woman. The unlikely pair then engages in a passionate, secret love affair that could get them both killed under Hitler's regime.

Take This Waltz
Watch on Netflix
Directed by Sarah Polley

Sarah Polley's TFF 2011 film Take This Waltz is about Margot, a married freelance writer who finds herself attracted to someone she meets on a flight. When that stranger turns out to be her neighbor, Margot is conflicted with her feelings for him and her loyalty to her husband. A realistic twist on a typical romantic story, Sarah Polley thinks through the "other (wo)man" scenario in Take This Waltz.

A woman is contacted by the ghost of her lover to help her solve the mystery of his death. A story that involves a murder mystery, a ghostly possession and a truly unforgettable scene involving a pottery wheel - it doesn't get more unconventional than this 1990 classic.

Certified Copy is the title of a book published by the fictional academic James Miller, who is interested in theorizing about original work and imitation. Juliette Binoche plays Elle, a fan of Miller's. As the two meet and travel through the Italian countryside, there appears to be more to the couple than you thought.

The relationship in Laurence Anyways begins completely conventionally - Laurence is a novelist and teacher in a happy relationship with his girlfriend Frédérique. Their love is tested, however, when Laurence confesses to Fred that he has always wanted to live life as a woman.

Stranger by the Lake
Watch on Netflix
Directed by Alain Guiraide

Franck doesn't know what he's getting into when he falls for a dangerous, strange man he meets on the beach of an isolated lake. Lovestruck and irrational, Franck finds himself complicit in his lover's violence when he accidentally witnesses a murder.

Based on a true story, Bernie is a black comedy starring Jack Black as a lovable fixture in a small Texas town. Bernie becomes close to a curmudgeonly, aging millionaire widow - and then is charged with her murder.