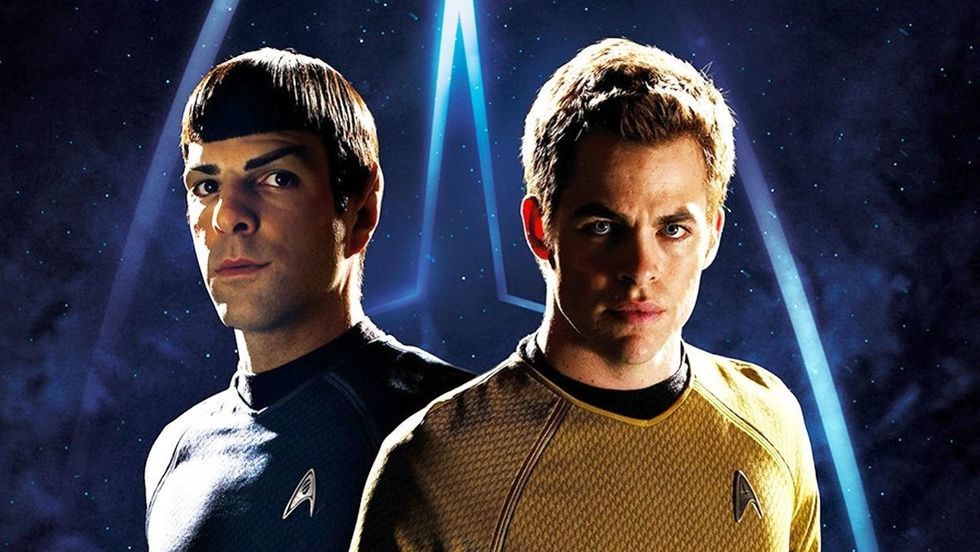 If producers are ever looking to revive a movie franchise, they should just hire Justin Lin—the guy's a proven winner. Without Lin, the Fast & Furious series wouldn't have turned into the unlikely critical darling that it's become over the last four years, following the franchise-resurrecting peak of Fast Five. He's Hollywood's most underrated orchestrator of next-level action, executing some of the new millennium's cinema's wildest and most gleefully over-the-top set-pieces alongside Vin Diesel and the late Paul Walker. Which is why it's so encouraging to know that he's been tasked with injecting some life back into the Star Trek brand following J.J. Abrams' disappointing Star Trek Into Darkness, which co-writer Damon Lindelof recently admitted was a bit of a dud.

Based on the first trailer for Lin's Star Trek Beyond, he's off to a great start in terms of pleasing Trekkies. The newly rebooted Star Trek franchise's third installment, Star Trek Beyond reunites the team of Chris Pine, Zachary Quinto, Zoe Saldana, Karl Urban, Simon Pegg, Jon Cho, and Anton Yelchin for another intergalactic adventure, but one that's already infinitely more thrilling than Abrams' previous two efforts. Why? Because Lin's madcap action sensibilities are front and center, as well as his penchant for matching the visual mayhem with spot-on comedic timing. It's also safe to assume that Lin is the mastermind behind the idea of using the Beastie Boys' raucous rap-rock jam "Sabotage" to score the teaser—if his Fast & Furious movies do anything as strongly as bring the high-flying energy, it's pair the grandeur with excellently curated hip-hop tracks.

Will Star Trek Beyond make the Kirk/Spock dynamic exciting again? Well, at the very least, Idris Elba will be on-board to add some acting firepower to the proceedings, playing the film's mysterious new villain while, per the teaser, covered in some kind of reptilian makeup. (Sorry, everyone who loves to stare longingly at Elba's chiseled handsomeness.)