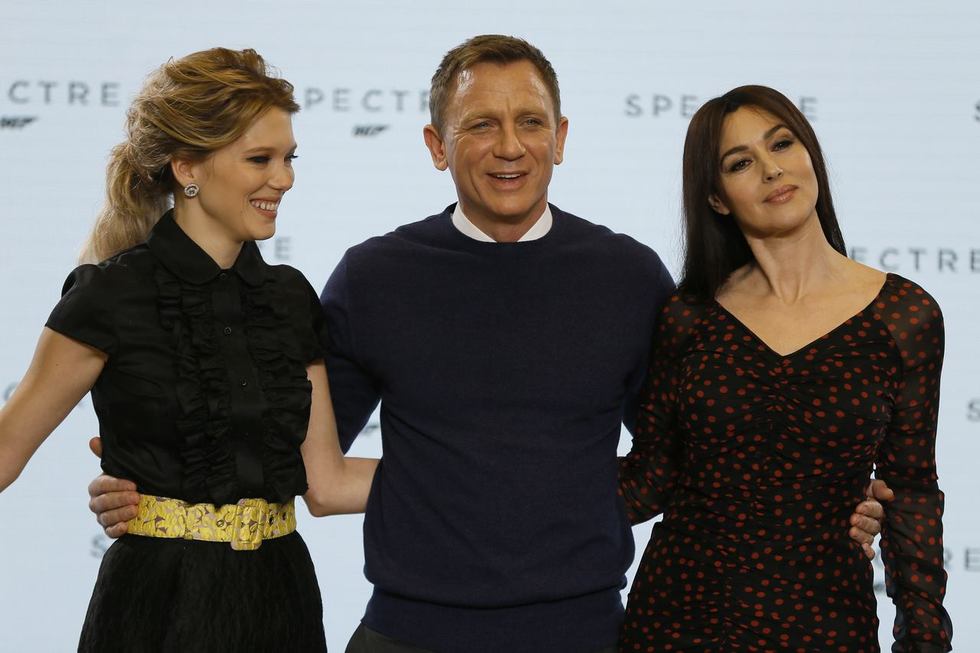 What is there to say about the first full-length trailer for Spectre? Well, it certainly looks like a James Bond movie.

The latest in the 007 spy film franchise, Spectre is star Daniel Craig’s fourth go-round as the martini-loving secret agent, and, based on everything that’s surfaced so far from director Sam Mendes’ second Bond flick, it seems on par with 2012’s Skyfall—which is to say, it looks like a blast. As the best trailers always do, this new Spectre preview keeps the film’s story beats mostly vague, only hinting at a larger conspiracy surrounding the new Bond villain, and enigmatic secret society leader, Franz Oberhauser (played by Christoph Waltz, who was born to be a Bond villain), who tells Bond that he’s been "the author of all your pain." Oberhauser’s assisted by the hulking Mr. Hinx, played by WWE star turned actor Dave Bautista (Guardians of the Galaxy), who’s channeling his inner The Spy Who Loved Me’s Jaws, though in a much more GQ-friendly fashion.

The film’s unclear plot specifics aside, one thing’s for sure about Spectre: the Bond Girls this time are as good as it gets. The ever-stunning and generally under-appreciated Monica Bellucci plays Lucia Sciarra, the "beautiful and forbidden widow of an infamous criminal," while Lea Seydoux—so brilliant in the emotionally devastating 2013 French drama Blue is the Warmest Color—is Madeleine Swann, described as "the doctor daughter of an assassin."

Start dissecting all of the little clues amidst the gunfire and explosions below. Spectre opens in theaters on November 6.