De Niro, who's co-directing the musical, will participate in a talk tonight at 6:30 p.m., an hour before showtime. 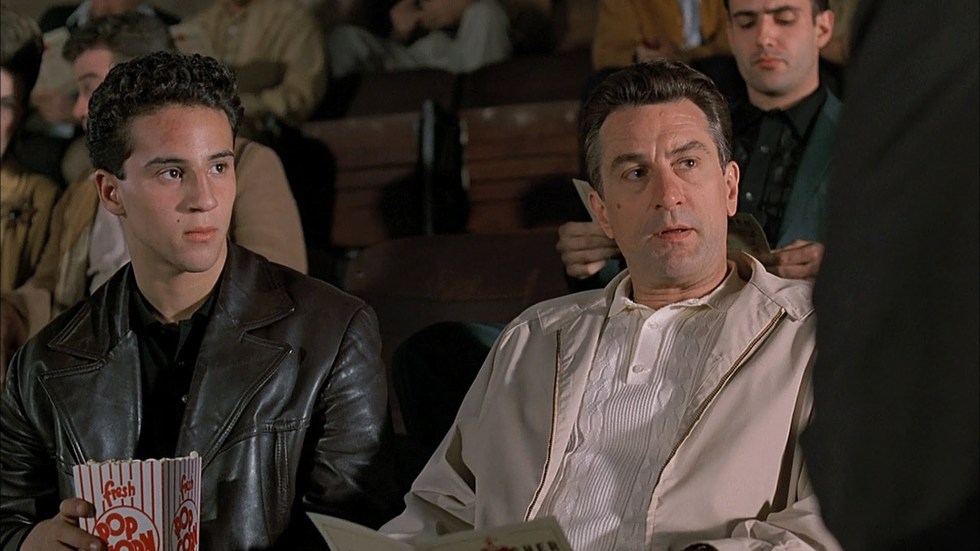 The world premiere of Chazz Palminteri's A Bronx Tale: The Musical is currently in previews at the Paper Mill Playhouse, in Millburn, NJ, and will have its official opening on February 14. Renaissance man and Oscar-winning actor Robert De Niro is co-directing the musical and will be at the center of tonight's pre-show "Director's Perspective" discussion.

De Niro has a long history with the source material, having made his directorial debut back in 1993 with the adaptation of the one-man stage play by actor Palminteri. The film starred De Niro and Palminteri as competing father figures in the tumultuous life of a young Italian American man, Calogero, who's coming of age in New York's Bronx borough. The film addresses 60's era racial tensions, mafia violence and class inequality while remaining a sweet crowd-pleaser, a balance sure to be recreated in the new musical. An especially celebrated and remembered portion of the film involves the first date between Calogero and a young African American woman, Jane, who charms him by tenderly unlocking the car door for him.

Given this history, De Niro has said of the new project, "A Bronx Tale has always had a very special meaning to me. The story is so rich and I look forward to working with Jerry, Chazz, Alan and Glenn to bring it to the stage in its latest incarnation.”

De Niro has chosen a worthy co-director in Jerry Zaks, a four-time Tony-winner who had previously directed a Broadway version of Palminteri's one-man show. Zaks commented, "A Bronx Tale: The Musical is a universal story and I think it’s going to be a real treat for audiences to experience.” The musical is scored by Alan Menken, who has received a whopping eight Academy Awards, including statues for the unforgettable scores of Aladdin, Beauty and the Beast, and The Little Mermaid. Glenn Slater, the writer of the Broadway shows Sister Act and School of Rock, is responsible for the lyrics. The creative team is rounded out by four-time Drama Desk Award nominee Sergio Trujillo, who's handling the choreography. The show stars Jason Gotay as Calogero, Joshua Colley as Young Calogero, Nick Cordero as Sonny, Richard H. Blake as Lorenzo, Coco Jones as Jane, and Lucia Giannetta as Rosina.

A Bronx Tale: A Musical runs through March 6th at the Paper Mill Playhouse, in Millburn, NJ.

Tickets are now available through the Paper Mill Playhouse website.