Fact: New York City is the greatest place to be in love. 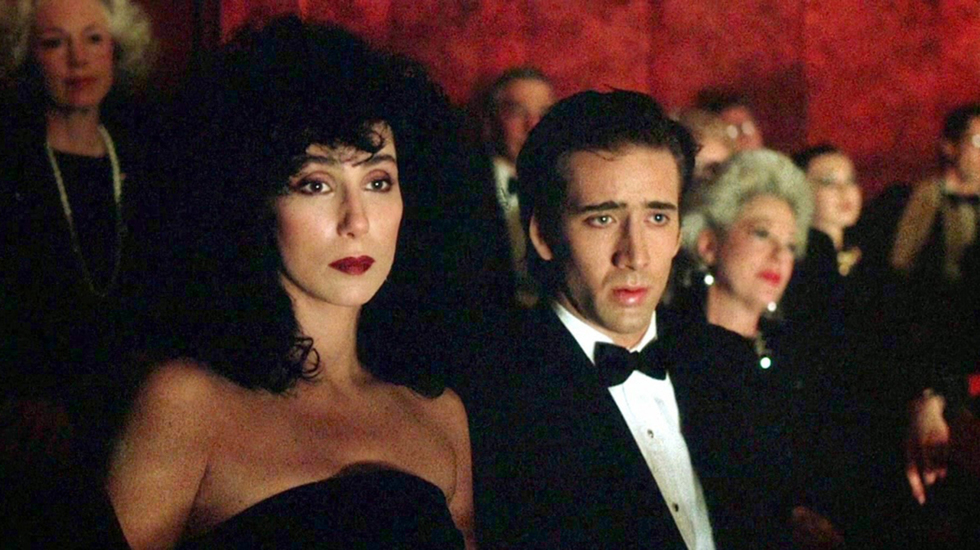 Forget Paris. There’s nothing like a New York City love story. While we could have included 100 movies (sorry, You’ve Got Mail, An Affair to Remember and Sleepless in Seattle, you didn’t make the cut), we decided to focus on films that show off our beloved city and its quintessential characters—warts and all—as the perfect backdrop for love whether romantic or otherwise.

With the exception of our good friend Martin Scorsese, no filmmaker captures the essence of the New York City as well as Woody Allen. This classic film follows Allen’s neurotic alter ego Alvy Singer as he rehashes his failed relationships, especially his dalliance with the enticing, scatterbrained and totally adorable Annie Hall, a role made iconic in both character and style by Diane Keaton. From their first meeting at the Wall Street Racquet Club (now gone, of course) to their romantic wanderings around the Upper West Side to their ironic takes on New Yorkers at the Central Park Zoo, Alvy and Annie may not have been destined to stay together, but it’s sure fun to watch their NYC romance fizzle.

Incredibly underrated, this NYC-based film tracks the trajectory of the relationship between Sidney (Sanaa Lathan) and Dre (Taye Diggs) from childhood to adulthood. A successful hip-hop magazine editor, Sidney is thrown into a tailspin when she learns that her oldest friend Dre, an A&R for a record label, is getting married. They rehash their past while strolling through Central Park (where else?), and towards the end of the film, Dre realizes he loves Sidney at the famed Hot 97 record station in downtown Manhattan. The film is masterful at juxtaposing an evolving relationship with our ever-changing city.

Not all New York City love stories have to be romantic. NYC is featured in this endlessly re-watchable weepie about the tumultuous friendship between CC Bloom (Bette Midler) and Hillary Whitney (Barbara Hershey).  After one fateful summer at the boardwalk in Atlantic City, the girls form an unbreakable bond that eventually leads them to live together in a nightmare downtown apartment. The girls both experience success in NYC—CC becomes a big Broadway star and Hilary becomes a lawyer—and their rapport is temporarily disrupted by a man (of course). While they eventually find each other again on the left coast, their New York City roots permeate the film.

Christian Slater as a lovelorn, widowed New York City florist? Sign us up. This romantic drama features lonely executive Lisa (Mary Stuart Masterson) who becomes the obsession of Christian Slater’s Lewis after he spots her crying in the window of her Manhattan apartment building. The two start a tentative romance punctuated by bouquets of Sterling Roses, and audiences cannot help but root for them, especially after viewing the breathtaking (and frankly unbelievable, but who cares?)  garden on the rooftop of Lewis’ NYC apartment building.

In one of Spike Lee’s most complex films to date, the majority of Jungle Fever is dedicated to exploring the consequences of the illicit affair between successful Black architect Flipper Purify (Wesley Snipes) and his Italian-American secretary, Angie Tucci (Annabella Sciorra). Set to a smoldering soundtrack by Stevie Wonder, the film follows the smitten pair as they ditch their partners after being discovered in order to move in together. Audiences are treated to haunting views of Harlem and Bensonhurst through Lee's powerful lens as Flipper and Angie’s romance proves too weak to survive the scrutiny and violent objections from their families and communities.

This TFF 2014 romance follows Ben (John Lithgow) and George (Alfred Molina) are a NYC couple who finally tie the knot after nearly 40 years together. Because of their now-legalized marriage, George loses his job as a choir director at a Catholic high school and the two have to move out of their apartment and into separate places temporarily. Leveraging the picturesque yet unforgiving streets of Manhattan as his backdrop, Ira Sachs’ poignant portrait of this longstanding relationship deftly explores the complexities and nuances of modern romance.

Running from Brooklyn to Manhattan and back again, this romantic comedy from NYC theater staple John Patrick Shanley gave us one of cinema’s most inspiring leading ladies, Loretta Castorini, immortalized on the screen by Cher. As she is about to marry the bumbling Johnny Cammareri (Danny Aiello) by default, she tries to foster peace between him and his tortured, one-handed brother Ronny (Nicolas Cage, never better).  She falls for Ronny, of course. You aren’t a true New Yorker if you don’t connect with the scene that has Ronny taking a newly made over Loretta on a date to the Metropolitan Opera.

Michelle Pfeiffer and George Clooney are absolutely pitch perfect as a pair of career driven New Yorkers (her Melaine Parker is an architect and his Jack Taylor is a newspaper columnist) who are thrown together after they both are late dropping their kids off for a school field trip. They juggle their kids back and forth throughout the day (running from Central Park to Rockefeller Center and even visiting the famed Serendipity restaurant), and what is more predictable or more fun than watching these two insanely attractive single parents fall in love.

This sexy remake of the 1968 classic heist film (which is oddly enough set in Boston) pits Pierce Bronsan’s Thomas Crown, a millionaire art thief against Renee Russo’s wily investigator Catherine Banning after he steals a Monet painting from the Metropolitan Museum of Art. The Museum's famous interiors were recreated on a soundstage, and director John McTiernan doubled the New York Public Library for the lobby of the Metropolitan Museum. Banning and Crown play a sophisticated and sensual game of cat and mouse all over Manhattan, and it’s a joy to watch an adult love story with two characters in their forties who are both exciting and intelligent—a true New York City romance.

You knew this one was coming. Written by the great Nora Ephron, this quintessential New York romantic comedy stars Billy Crystal and Meg Ryan as Harry Burns and Sally Albright, two very different people whose friendship evolves into love over 12 years of various encounters against the backdrop of New York City. From Washington Square Park to the Loeb Boathouse to Katz's Delicatessen, the film features some of NYC’s most notable landmarks that make this small love story seem much, much larger in scope.