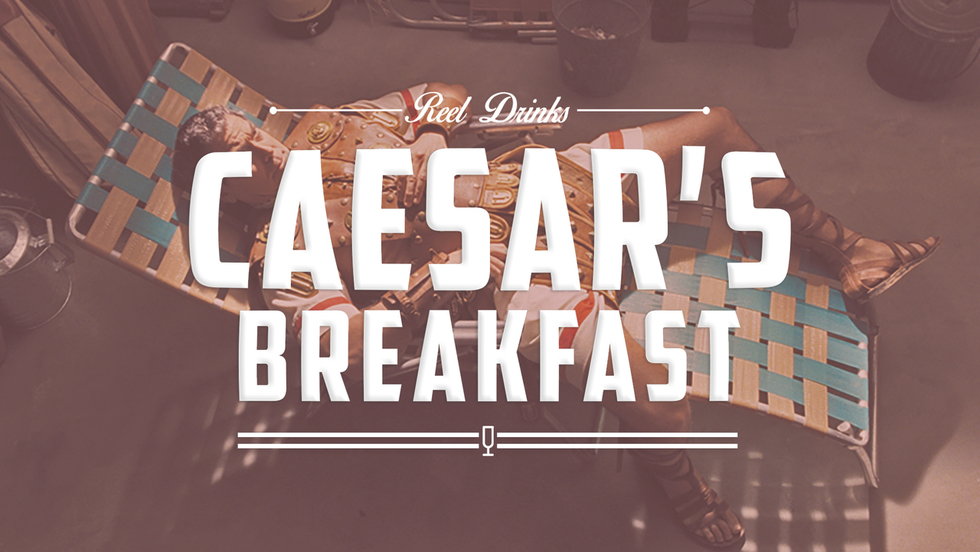 Grab a glass of your favorite alcoholic beverage and get ready to toast! To what? How about the fact that January is over and now there will finally be some top-quality Hollywood movie options opening in the local multiplex? And by "top quality," we mean "a new Coen brothers movie."

Opening in theaters nationwide today, Hail, Caesar! finds writer-director siblings Joel and Ethan Coen back in their old zany comfort zone, following a string of excellent but grim and gloomy dramas with occasional pinches of laughter, including A Serious Man (2009) and Inside Llewyn Davis (2013). Set in 1950s Hollywood, it's a slightly surreal and wholly silly blend of Barton Fink (1991) and The Hudsucker Proxy

(1994). Josh Brolin plays a studio "fixer" who, over the course of one wildly eventful day, has to find a missing A-list actor who’s also a buffoon (played by George Clooney), help a young and inarticulate cowboy (Alden Ehrenreich) switch over to hoity-toity dramas, and put the kibosh on a potential out-of-wedlock pregnancy scandal for a reckless actress (Scarlett Johansson).

Although it’s lower-tier Coens, due to an overall sense of slightness and narrative waywardness, Hail, Caesar! works as a star-heavy, random vignette-packed romp more than it doesn’t. It’s tough to chastise a movie that features George Clooney in peak comedic form, an extended dance number in which Channing Tatum does this, and Tilda Swinton in not one but two comedic roles.

Besides, to reiterate an earlier point, a lesser Coen Bros. movie easily trounces everything that the big Hollywood studios offered up last month. Which brings us back to that aforementioned toast. For the latest in our recurring series of Reel Drinks, Tribeca's resident booze head Andy Rozal has created the "Caesar's Breakfast," a morning-friendly cocktail that will function as the perfect pregame option before you head out to bask in the Old Hollywood glamour of Hail, Caesar! this weekend. And with that said, we’ll let Andy break down everything that went into his Caesar’s Breakfast:

A lovechild of the somewhat famous Bloody Caesar and the criminally under-appreciated Gordon's Breakfast, this drink marries the crisp notes of tomato, cucumber and lime with the subtle hints of brine (via clam juice). Somewhere between sweet, savory, and sea, this easy sipper makes for a refreshingly complex brunch alternative to a Bloody Mary.

It's like drinking a refreshing salad. By the sea. For breakfast.

Toss the lime and cucumber into your Collins glass, and gently muddle just enough to break them up. Fill glass with ice and set aside.

Separately, muddle the tomatoes in your mixing tin until pulverized. Add the remaining ingredients, adjusting the clam juice to your preference based on brand and desired salinity. Crack some fresh pepper into the tin, add ice, and shake vigorously until outside of tin is frosty. Loose-strain into your prepped Collins glass, and finish to the top w/ soda water. Garnish and enjoy.