Home » Tribeca News » Reel Drinks: Our SPECTRE Cocktail is Sure to Shake Up Your Week
View All News

Reel Drinks: Our SPECTRE Cocktail is Sure to Shake Up Your Week 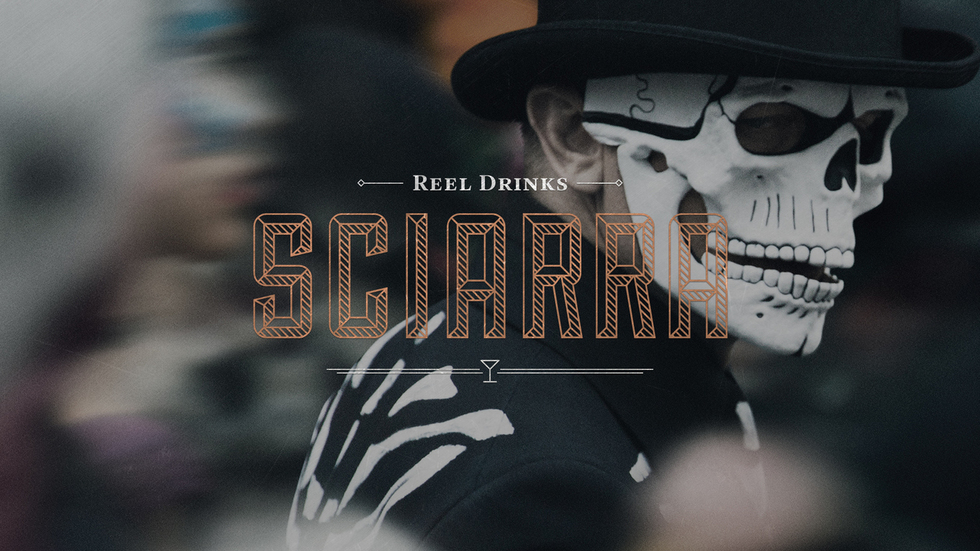 Illustration by Andrew Rozal and Chris Randalls and Photo by MGM.

There's an inevitable disappointment that comes from watching a new James Bond movie: Once it's over, you're still not James Bond. Nope, you're just the same Average Joe or Jane who works a 9-to-5, pinches finances in order to stay afloat, and uses Tinder more than any one person should. The closest you'll get to a death-defying stunt is lifting a 100-pound weight without a spotter. Sorry, Spectre is only a movie. There won't be any shootouts in Mexico, or Aston Martin car chases through London, or trysts with beautiful strangers in Italy. Bond movies have always been secondhand fantasies.

There is one aspect of Bond's lifestyle, however, that's easily doable in the real world. It's the vice Bond enjoys more than the company of a beautiful, young-enough-to-be-his-daughter woman: shaken, not stirred, martinis. It can't be made by an unseasoned bartender at, say, the nearest TGI Fridays, where the cocktails taste like spiked bath water, nor some trendy metropolitan bar or lounge, where a mixed drink obnoxiously costs the same amount as a Spectre ticket. The martini needs to be something that a guy like Daniel Craig would sip on while spitting game to ladies who resemble co-stars Monica Bellucci and Stephanie Sigman.

Here's the perfect drink to satisfy those demands. Our resident mixologist, and TribecaFilm.com's webmaster by day, Andrew Rozal has whipped up one hell of an alcoholic concoction to pair with Spectre this week.

Aptly named the "Sciarra," after Bellucci's Spectre siren, it's a twist on Bond's beloved martini, infused with spices he would've tasted in Mexico at a Dia de los Muertos party if not for the distractive fistfight inside of a spinning-out-of-control helicopter that opens Spectre.

Here are the ingredients and mixing instructions needed to make a killer Sciarra. Use it as a chaser for Spectre's visual grandeur, to impress friends and/or romantic partners, or to just drunkenly daydream about living like 007.

In making a Bond-inspired drink, I knew I needed to accomplish one thing: make a strong-assed martini that drinks as smooth as Daniel Craig looks wearing a tux. The choice to include a little heat was suggested by our editor, so I chose the Serrano for its refined spiciness and accessibility. Given those parameters, I opted to use Old Raj Dry Gin, as it clocks in at Bond-strength 55% alcohol (110 proof), and provides a strong enough backbone to stand up to a serrano chili infusion.


For our vermouth, Noilly Prat Dry was selected for its thickness and ability to stand up to the strong-bodied Old Raj without any resulting over-dilution. When combined at a 4:1 ratio, we leave just enough room for Old Raj's saffron notes to shine through, and wind up with something that can be sipped with extended pinky -- or a clenched fist.

A spicy twist on an old classic

Pre-chill a martini glass in the freezer, or chill quickly by filling glass with ice water and letting sit a few minutes.

Combine ingredients in a mixing glass, adding enough ice to cover. Stir long enough to frost the outside of the glass (30+ revolutions).

Place the desired amount of gin into a glass container with one sliced Serrano pepper (we recommend 12 oz. — at least enough for four drinks). Cover and let sit one to three days, tasting every twelve hours until desired heat is reached.