Racking Focus: The Fine Bros and the YouTube-to-Feature Connection 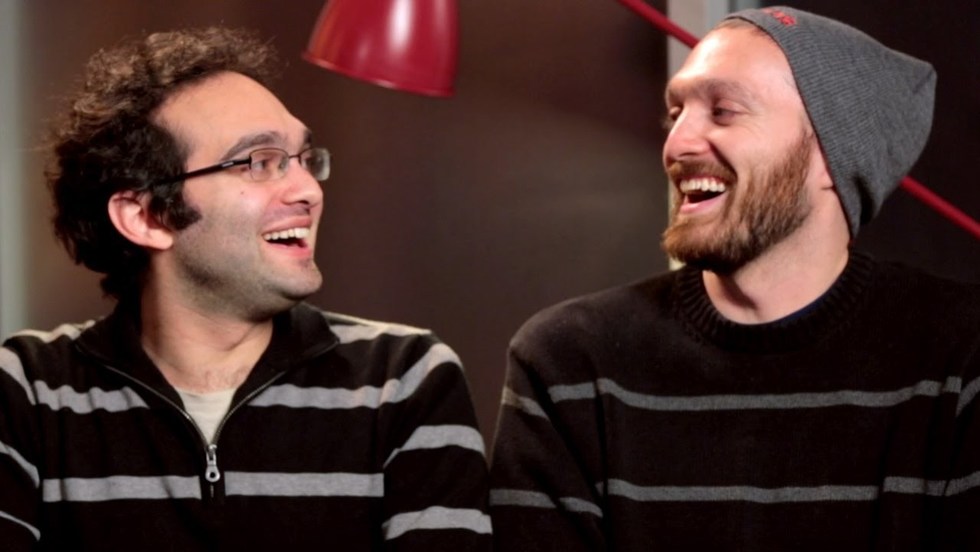 Variety recently reported that The Fine Bros, who lay claim to one of the most popular channels on YouTube, are going to be writing and directing their own feature film. The news comes at a time when, as I've commented upon often in this column, the lines between various forms of media are becoming increasingly blurred. Web series feel more like short films, indie filmmakers can't get enough of TV, and, of course, web stars are parlaying their fan bases into the realm of feature films.

A few things about the disclosure are particularly interesting. The producers of the film have explained that - while a limited theatrical release may occur - the film's primary release will occur via iTunes, which makes sense given how VOD-centric the younger generation of moviegoers is. The film is going to be a high school teen-movie comedy (Can't Hardly Wait was provided as a comparison point, bringing me - and, surely, countless other readers - back to an alarmingly nostalgic place!). What's interesting about this is that the high school comedy is just the sort of lower-budget Hollywood picture that has been closer and closer to facing extinction for some time now, with the studios' increased reliance on tentpole and franchise films. Gone are the days of American Pie (and its sequel brethren) taking a major place in American pop culture.

This is in no small part due to the fact that pop culture is a territory whose terrain is far broader and more niche-centric than it ever was during, say, the 90s - while once upon a time movies and TV pretty much cornered the market on what appealed to teen viewers (who at one point turned out in droves for high school comedies), the YouTube world of today means that studio heads are increasingly out of touch with what the youth demo is into - which makes it tough for a studio to feel good about pushing films like the one the Fine Bros will be making forward.

The result could be one of two things - we may see studios increasingly pairing with more youth-centric companies, trying to siphon off YouTube talent like the Fine Bros, or we may see the studios simply ceding ground here as they entrench themselves deeper in the realm of superhero flicks, allowing internet stars to more fully take over the teen demographic that was once dominated by major corporate interests. Regardless, it's clear that the path to entry for making certain kinds of films - especially youth-centric ones - is beginning to run more through the realms of web audience approval and social media popularity than through the more traditional channels of charming execs in Hollywood. Once upon a time, being a filmmaker was relatively simple - you knew who to talk to. Now, if you want to become a filmmaker, you may have wildly varied career paths to choose from. Understanding what you want to make - and where the primary audience for that kind of product lies - is crucial.