Home » Tribeca News » Racking Focus: Why the 'Implosion' of Film Might Be the Best Thing to Happen to Film
View All News

Racking Focus: Why the 'Implosion' of Film Might Be the Best Thing to Happen to Film

Everyone's freaking out after Steven Spielberg and George Lucas announced that the filmmaking biz is is facing an "implosion." But what if that's a good thing? Here's who might benefit from the latest entertainment industry collapse and how. 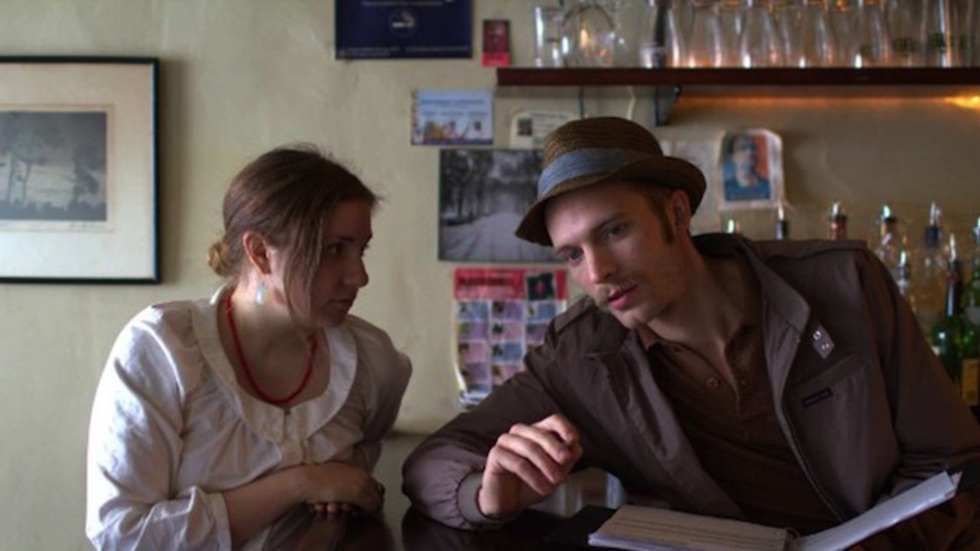 (Welcome to the first edition of Racking Focus, a new Future of Film column by Zachary Wigon that will dissect film world trends and opportunities essential to the up-and-coming independent filmmaker. Racking Focus will illuminate resources available to professional and aspiring independent filmmakers fighting their way through the cluttered, often overwhelming environment that is indie film today.)

The film industry has become inured to the clarion calls of its destruction in recent years, soldiering on despite the constant prophesizing of doom on the horizon. However, when the apocalypse is being signalled by two of the most successful filmmakers alive, a greater cause for concern is warranted. Such is the explanation for the film industry's freak-out after Steven Spielberg and George Lucas announced that the business of filmmaking is facing an "implosion" at a talk at USC last week. While Spielberg and Lucas are justified in their alarm, an important correlative begs to be pointed out: this could be great for independent filmmakers.

Never before has there been such a demand for filmed storytelling.

With predictions of disaster coming from on high, it's easy to be cowed into a position of anxiety about the film industry's future. Yet a paradigm shift - which is what occurs after an "implosion" - is often more of a realignment of an industry's revenue structure than simply an end. The oft-cited example of the music industry's "collapse" leaves out the fact that for less artistically mainstream acts, the industry's realignment has been a boon: who could imagine an idiosyncratic group like Vampire Weekend topping the Billboard charts in the '90s? In any realignment new opportunities announce themselves as quickly as old routes disappear. What might be available to aspiring filmmakers on the other side of this implosion?

The Micro-Budget Film as Calling Card

It's not like the film industry's viewership is just disappearing into the ether; at this moment we are seeing a bloom of video content on web outlets, with Netflix's original programming perhaps being the harbinger of a totally new landscape of filmed entertainment. It goes without saying that never before has there been such a demand for filmed storytelling, nor have there been as many platforms and outlets through which to present it. HBO, a cultural bellwether if there ever was one, is moving forward with web-only content, too - we'll soon be seeing The Traditions, the HBO Go series from indie helmer Alex Ross Perry.

There's nothing cheaper to film than a few people sitting in a room talking.

Jumping from a micro-budget feature like Perry's last film, The Color Wheel, to making a series for a cultural behemoth like HBO might have once seemed like an improbable career transition, but this may no longer be the case; a micro-budget film called Tiny Furniture has served Lena Dunham similarly well. Perry and Dunham's success points a route forward that may become a well-trodden one for indie filmmakers: the web. If the industry does indeed "implode" and the financing and viewership available to film studios dramatically lessens, the multitude of web series outlets may find themselves with increasingly sizable audiences.

The Rise of The New Talkies

The beautiful thing about this setup is that, for a filmmaker trying to prove herself capable of pulling off a web series (for an HBO or a Netflix or whichever the next popular purveyor will be), the financial constraints are minimal. Since so many TV/web series are dialogue-based, an independent filmmaker "auditioning" for such a gig with their first feature need not secure the money to shoot virtuoso visual sequences or construct complex sound design structures. There's nothing cheaper to film than a few people sitting in a room talking, and plenty of Girls (and The Color Wheel, and Tiny Furniture) consists of just that. In the past, one supposes that the low-budget independent films that have been dialogue heavy, almost filmed plays - think "mumblecore" - have been so primarily out of financial necessity. Yet a shift toward web series could make the talky, witty approach of Dunham and Perry's work a highly desirable one for any aspiring filmmaker - and highly accessible as well.