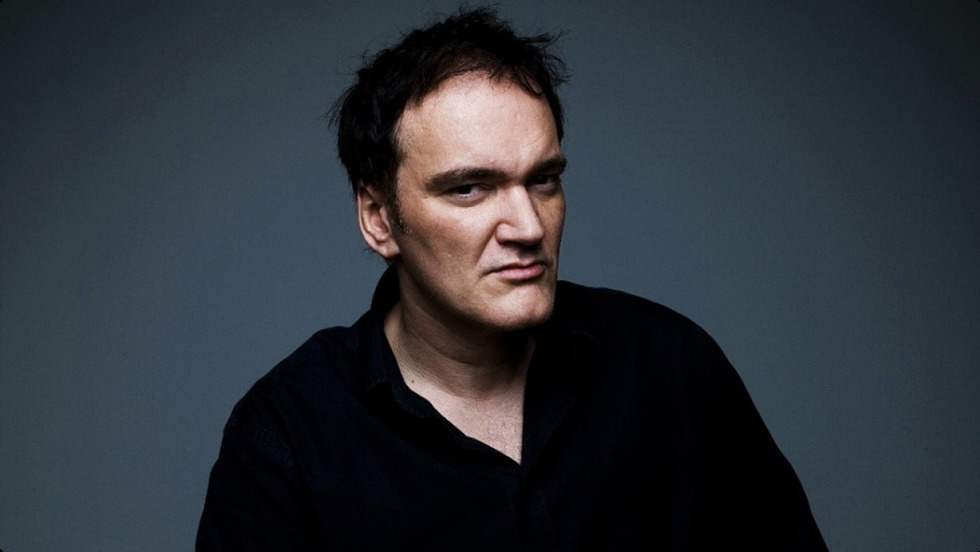 Get ready, folks—the upcoming press run for Quentin Tarantino's The Hateful Eight is going to be, to put it lightly, interesting.

A few weeks back, the infamously outspoken director gave one hell of an interview to New York, firing shots at Ben Affleck, Cate Blanchett, and the late Wes Craven. The thing was, nobody was all that surprised. Tarantino’s always given amazingly candid interviews, and he’s always been the epitome of cocksure. Because, really, who's going to question his confidence when he can just point them towards masterworks like Reservoir Dogs, Pulp Fiction, the Kill Bill duo of films, and Inglourious Basterds? Tarantino’s work backs up his posturing, so when he criticizes Affleck's The Town for feeling like a Hollywood version of gritty Boston, it’s tough to write his claims off.

This time, though, he's really testing his credibility. In a shrewd move, The New York Times sent the equally button-pushing and self-assured novelist Bret Easton Ellis to sit down with Tarantino for an interview about The Hateful Eight and whatever else popped into their ever-busy heads. Unsurprisingly, the profile, which was posted online last night, is already coming under fire.

Midway into the piece, Ellis and Tarantino discuss how Kathryn Bigelow's The Hurt Locker beat Inglourious Basterds for Best Picture at the 2010 Academy Awards, which, to his credit, Tarantino has no issues with, showing respect to Bigelow's momentous achievement—although Tarantino does take issue with that Iraq War film’s screenwriter, Mark Boal, defeating him for the Best Original Screenplay prize. The Oscar chatter then shifts to last year’s widely publicized snubbing of Ava DuVernay's Selma, which is where the interview’s first highpoint—or, rather, low-point—takes shape. Tarantino throws shade at DuVernay: "She did a really good job on Selma but Selma deserved an Emmy," basically comparing DuVernay's Martin Luther King, Jr., biopic to a TV movie. Which, of course, is ridiculous, and people aren’t wasting any time in letting him know as much. A sample tweet:

Quentin Tarantino on Ava DuVernay: ‘‘She did a really good job on ‘Selma’ but ‘Selma’ deserved an Emmy.’’ FUCK YOU Tarantino.
— Melissa Silverstein (@melsil) October 13, 2015

Most likely fishing for a juicy pull quote, Ellis asks Tarantino about the director's exploitation-minded western Django Unchained, which looks back at Civil-War-era slavery through Tarantino's sensationalist eyes. And that’s where Tarantino, as the kids once said, jumps out the window: "If you've made money being a critic in black culture in the last 20 years you have to deal with me. You must have an opinion of me. You must deal with what I'm saying and deal with the consequences."

He continues, “If you sift through the criticism, you'll see it's pretty evenly divided between pros and cons. But when the black critics came out with savage think pieces about Django, I couldn't have cared less. If people don't like my movies, they don't like my movies, and if they don’t get it, it doesn't matter. The bad taste that was left in my mouth had to do with this: It's been a long time since the subject of a writer's skin was mentioned as often as mine. You wouldn't think the color of a writer's skin should have any effect on the words themselves. In a lot of the more ugly pieces my motives were really brought to bear in the most negative way. It's like I'm some supervillain coming up with this stuff.’"

The responses to those comments are, so far, pretty heated:

Let me get this straight: Tarantino is mad his slavery revenge fantasy was received weirdly by people descended from slaves?
— Craig Jenkins (@CraigSJ) October 12, 2015

Tarantino & Bret Easton Ellis have made important work, but their exchanges on race and gender are appalling. https://t.co/ICaGKs4ZPp
— Cameron Bailey (@cameron_tiff) October 13, 2015

Expect plenty more where those came from. Don't be surprised if Spike Lee, who's long had problems with Tarantino's depictions of black characters and liberal use of the N-word, spits vitriolic fire towards The Hateful Eight’s creator.

For me, a die-hard fan of Tarantino's movies, this New York Times interview is deeply disappointing. If you’re a QT supporter, then you're preconditioned at this point to anticipate his reckless quotes and contentious opinions, but his views on how black critics and audiences shouldn’t question his art and aren't right to attack it are foolishly wrong. Django Unchained is a great piece of entertainment, and very smart, but it’s a revisionist and exaggerated look at a dark period in black Americans' history; Selma, on the other hand, is purely factual and was very much needed in the wake of Michael Brown, Eric Garner, and Charleston.

There's nothing wrong with criticizing DuVernay's film—everyone's entitled to his or her own opinions. But Tarantino's "Emmy" comment about Selma comes off as snark, not intuitive criticism. He's essentially dismissing DuVernay as a second-tier filmmaker. And the way in which Ellis, whose writer posturing in the piece is just as frustrating as Tarantino's spoken posturing, frames Django as more necessary and substantial than Selma is troubling.

After reading this piece, it's going to be tough to watch The Hateful Eight, in which Samuel L. Jackson’s character deals with post-Civil-War racism, without remembering that its director thinks he's the end-all, be-all commenter on a subject he nor his ancestors have ever had to deal with.

Most times, Tarantino's anything-goes realness is the best. But other times, like today, I wish he’d follow David Lynch’s example and just keep his mouth shut.