Filmmaker (and Twitter user extraordinaire) Paul Feig is drawing attention to his buddy cop comedy by using the Lego counterparts of the film's two stars, Sandra Bullock and Melissa McCarthy. 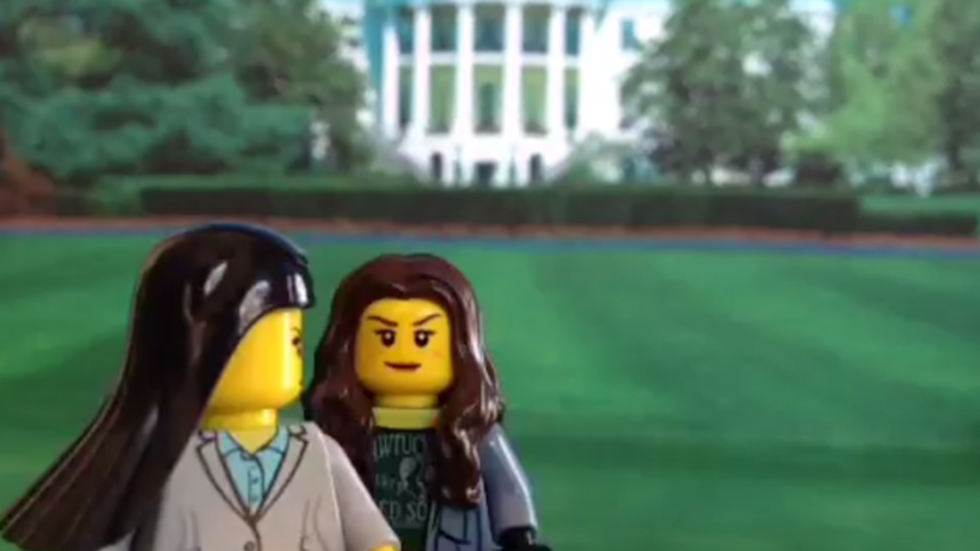 The Heat, Paul Feig's first film since the blockbuster Bridesmaids, features Sandra Bullock and Melissa McCarthy as a FBI agent and a tough cop who must learn to get along in order to crack a drug case. It's a story we've seen over and over again, but with a refreshing change of gender (and who better to employ that change than comedians McCarthy and Bullock?)

The film will have a wide release this Friday, and, in the meantime, its marketing team has been using Vine to stir up excitement. Director Paul Feig has also gotten in on the action and seems to have employed YouTube duo Jonas + Kelly (who have made some creative advertisements, some legitimate, some parodies) to craft Lego-lookalikes of the two protagonists and have them go on smaller-scale adventures:

And the team behind The Heat has even used the app to give fans a peek at the NYC premiere — everything from Sandra Bullock's arrival to the dwindling popcorn budget:

We're pretty sure this is the first major motion picture to use Vine for promotion to this extent, but it surely won't be the last. It's cool that they used pro YouTubers for this (instead of just copying them shoddily as many companies do). Professional Viners, keep your phones on!